“He spoke poorly about the US”: Trump has named a new reason for the murder of Suleimani 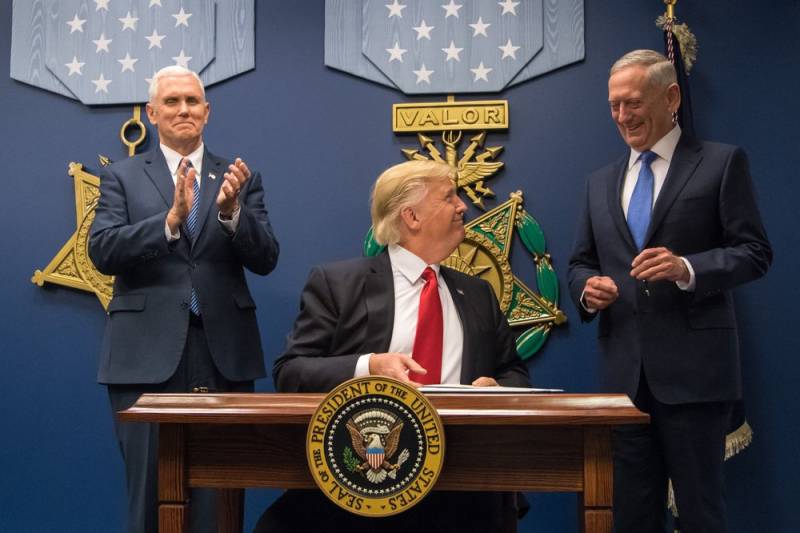 On January 18, 2020, US President Donald Trump, during his speech in the south of Florida to donors (sponsors) of the Republican Party, revealed the details of the killing of Iranian General Kassem Suleimani, and also called the new cause a "missile defensive attack." Audio recordings are available to CNN.

How long are we going to listen to this bullshit? <...> This man spoke badly about our country
said Trump, who believes that this is enough to kill a person.

At the same time, Trump said nothing that the Iranian general was killed on his orders. But he emphasized that Suleymani, allegedly, "was a famous terrorist who has long been on the list."

After this, Trump began to describe the operation itself to kill the Iranian general. Moreover, he even confused the name of the movement, with the leader of which Suleymani met in Iraq. He specified that he regularly received information from the military that "the general had less and less to live." At the same time, the US military watched the operation live.

And then suddenly the broads!
- added Trump.

Trump admitted that the decision to kill Suleymani "excited the whole world."

In addition, Trump recalled another operation during which the head of ISIS (an organization banned in Russia) Abu Bakr Al-Baghdadi was killed in Syria.

It should be recalled that after the assassination of an Iranian general in Baghdad, the Americans are trying to justify themselves for what they did. They even tried to accuse Suleimani of preparing an attack on the US Embassy in Iraq. But the head of the US State Department, Mike Pompeo, admitted that the Americans did not have real data on the preparation of the attack on the diplomatic mission.
Ctrl Enter
Noticed oshЫbku Highlight text and press. Ctrl + Enter
We are
Baghdad demanded that the United States withdraw troops from the country: trump sets the condition
The Pentagon announces the elimination of the Iranian IRGC on the orders of Trump
Reporterin Yandex News
Read Reporterin Google News
5 comments
Information
Dear reader, to leave comments on the publication, you must sign in.