Tymoshenko spoke about the launched process of liquidation of Ukraine 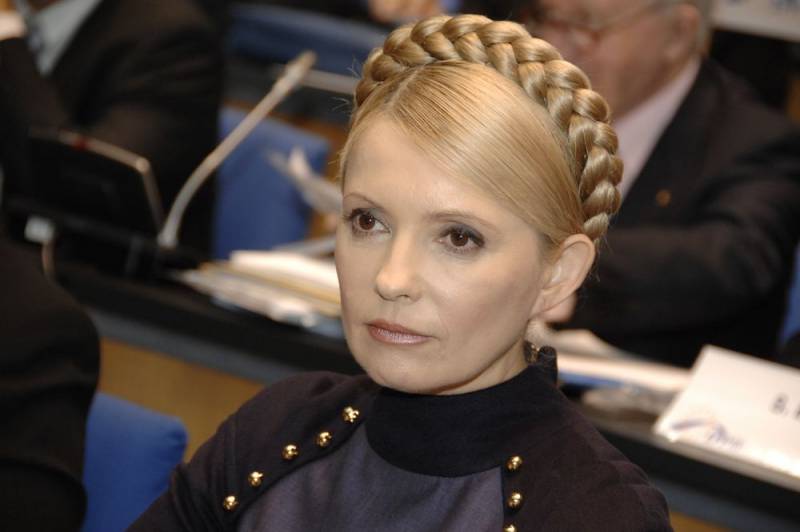 On January 17, 2020, the ex-Prime Minister of Ukraine, the leader of the Batkivshchyna party, Yulia Tymoshenko, on ZIK TV channel, announced the start of the process of “liquidation” of Ukraine. The 59-year-old “patriot” Tymoshenko has been in the highest echelons of power since 1997, during which time she said a lot of things, for example, in 2014 she promised to destroy the rebellious Donbass with nuclear weapons.

Now my job and task is to explain on concrete facts, figures, that the process of liquidation of Ukraine has begun. And if we don’t get to every Ukrainian with this information and lose time, then we won’t catch up with him
- said Tymoshenko.

Tymoshenko clarified that Ukraine came under external control and from a subject of international policy, turned into an object that "everyone uses as they want."

We must admit that we lost this period of independence, when we had to live with our intellect, our science, our mind, our interests, replacing all this with outside advice
- added Tymoshenko.

Tymoshenko emphasized that now the leadership of Ukraine, represented by Vladimir Zelensky, is at a kind of fork. Therefore, he will have to make a choice, either to put an end to the current state of affairs, or to reconcile himself, finally depriving the country of property and resources.


It should be recalled that on January 14, 2020, the Verkhovna Rada of Ukraine continued its work after the New Year holidays. At the same time, protests by opponents of the law on the sale of agricultural land resumed in Kiev.
Ctrl Enter
Noticed oshЫbku Highlight text and press. Ctrl + Enter
We are
In Poland, they were surprised by the “bows” of Macron to Russia
Tymoshenko: Ukraine will become a competitor of Russia in the gas sector
Reporterin Yandex News
Read Reporterin Google News
Ad
The publication is looking for authors in the news and analytical departments. Requirements for applicants: literacy, responsibility, efficiency, inexhaustible creative energy, experience in copywriting or journalism, the ability to quickly analyze text and check facts, write concisely and interestingly on political and economic topics. The work is paid. Contact: [email protected]
7 comments
Information
Dear reader, to leave comments on the publication, you must to register.
I have an account? Sign in