The fight against poverty has begun in Russia: what payments can be expected 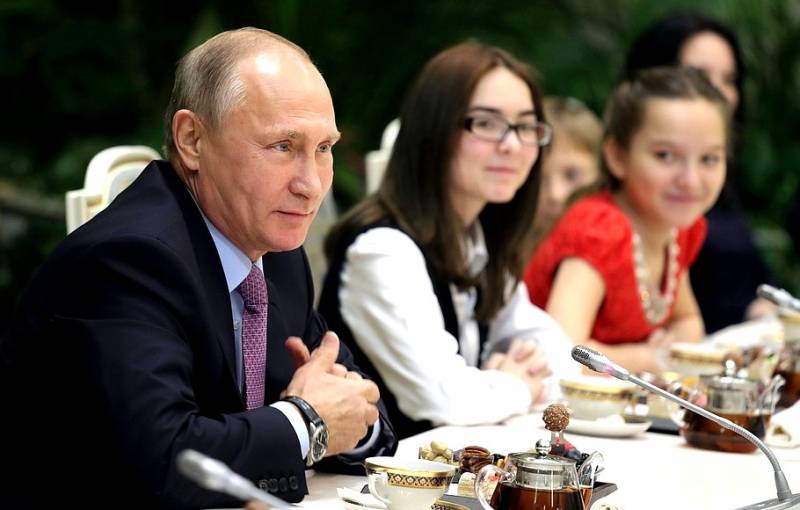 President Putin’s January Address to the Federal Assembly left a mixed impression. On the one hand, the intended political changes cause logical questions to themselves. On the other hand, the social program proposed by the head of state can only be greeted. What measures do the authorities intend to implement to combat poverty and correct the demographic situation?


First of all, for the objectivity of the picture, it is worth comparing how things are with the support of fertility abroad in the most prosperous countries of the world with which it is customary to compare.

Oddly enough, the United States of America are the most "stingy" in this matter. Women who have given birth are not entitled to a maternity decree, child benefits, or “mother capital”. In the best case, targeted support can be provided to a particularly needy family in the form of food or medical care. Everyone else is supposed to solve their problems independently, without regard to the most democratic state in the world.

The most generous are the United Arab Emirates. Even before the wedding, happy UAE citizens who decide to get married can receive an interest-free loan of $ 20 thousand each, which is repaid after the birth of a child. When replenishing the family, the state gives the parents a villa and transfers a round amount from 50 to 200 thousand dollars to their account. By the way, becoming a citizen of the UAE is almost impossible.

Europe is somewhere between these extremes. For example, in the UK maternity leave is only six months, child benefits - 20 pounds per week for the first child, on subsequent they are reduced by a third. In Sweden, with its “Scandinavian socialism”, they pay 110 euros per child per month, for the second and subsequent children this amount increases by 15 euros, respectively. Not thick, but paid until the age of 18. In Germany, the decree is 3 years, and the amount of benefits is 67% of the salary for the previous year of work. The rule is especially appreciated by migrants that even women who did not work can receive 200 euros per month per child.

In Switzerland, the decree is only 4 months, during which the mother receives the average wage for the past year and a half. In the future, support is only 180 euros per month, which is not too generous, given the average salary in the country at the level of 4500 euros. In Israel, a woman who has given birth can only claim 3 months of parental leave, while the allowance is less than the subsistence level.

It turns out that the picture is different everywhere, but in general it is clear that, except for the UAE, even the most developed countries do not pamper their citizens too much. For Russia, which to this day has not been selected from the “demographic pit”, it is not advisable to transfer foreign experience using tracing paper. Well, perhaps, the introduction of the experience of the United Arab Emirates could be welcomed. What will help our country straighten out the demographic situation and begin to solve the problem of poverty?

According to official figures, we have over 19 million people below the poverty line. Those who were previously considered those whose income was below the minimum wage, but now the calculation criteria have been changed, probably in order to “straighten” the statistics. Most of these people, from 70% to 80%, are families with children. President Putin’s proposals can significantly improve their situation. So, increasing the duration of the allowance from three to seven years when children go to school is the right step. Economist Vladimir Nazarov believes that this should not be limited to:

Most likely, we will have to expand child allowances further on - conditionally for children from 7 to 10 years old, and then to 18 years old. But you need to see how the current proposal works.

The idea of ​​feeding all the children at school free hot meals is also good, but now experts are talking about the need to differentiate this form of support, making it more targeted. The task is subtle, since it is necessary to do this so that children from low-income families do not feel in some kind of “special” position with respect to their peers.

One should also welcome the idea of ​​extending the program of maternity capital and increasing the amount of payments for the birth of children. A great help for young low-income families will be the opportunity to receive funds that can be used to improve housing conditions after the birth of the first child. Amount rather big - 466 thousand rubles. For the birth of a second child - already 616 thousand rubles. And if a third child is born in a Russian family whose income is below the subsistence minimum per person, the state will take on half the cost of acquiring housing. Add to this the monthly payments for a child under the age of three years in the amount of about 11 thousand rubles (depending on the cost of living in a particular region), as well as five thousand payments for children from 3 to 7 years old, which are likely to be raised in a year 2 times.

In fact, this is a soft injection of funds into the economystimulating demand for goods in Russia, while not having a negative impact on inflation. Money saved on housing will go to purchase other goods.

In general, this social program can only be supported. But we must remember that the country alone cannot be put on its feet by the means of combating poverty and depopulation. It requires its comprehensive economic development, the growth of real incomes of the population. Let's hope that the funds accumulated in the NWF will go to internal projects, making them drivers of gradual growth.
Ctrl Enter
Noticed oshЫbku Highlight text and press. Ctrl + Enter
We are
The state will brazenly climb into the pockets of Russians
Putin begins to fight the main enemy of Russia
Reporterin Yandex News
Read Reporterin Google News
10 comments
Information
Dear reader, to leave comments on the publication, you must sign in.