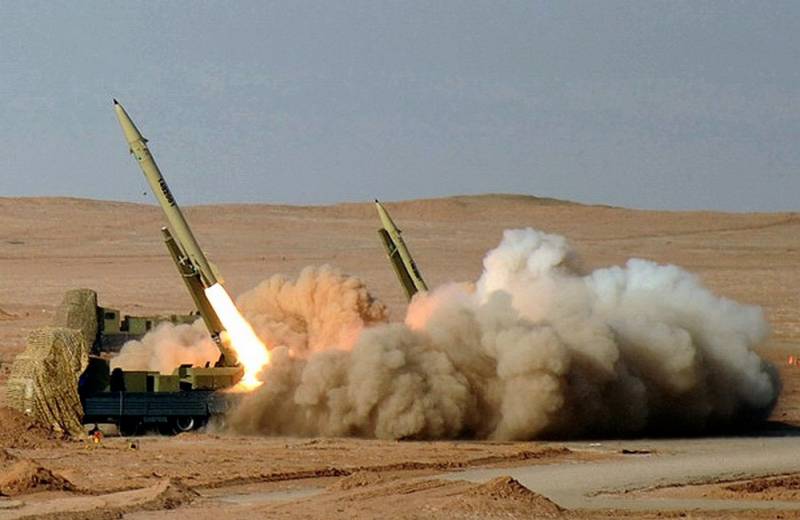 The American media reported on the consequences of Iran’s “harsh” revenge when a missile strike was launched at US bases in Iraq for the assassination of Al-Quds commander General Suleymani.


Defense One, citing its own sources in US military circles, reports that after rockets hit the Ain al-Assad airbase in western Iraq and the base in Erbil, eleven American soldiers were hospitalized with a concussion.

Also, the authors of the material report that after a missile strike from Iran, the US coalition allies chose to withdraw their forces from the territory of military bases owned by the Americans.

Such a huge disproportion - a strike by two dozen ballistic missiles, tentatively precision guided by the Fateh-110 and as a result of eleven hospitalized “suspicious” of concussion of soldiers, suggests that all of Iran’s “cruel” revenge was aimed exclusively at the domestic consumer.

For comparison, in October 2017, without any allegations of "cruel" revenge, a hundred Boko Haram militants in Niger, armed exclusively with small arms, ambushed near the village of Tongo-Tongo, during which four American greens were killed and wounded. berets.
Ctrl Enter
Noticed oshЫbku Highlight text and press. Ctrl + Enter
We are
Published video of the launch of Iranian ballistic missiles at US bases
Iran has promised to avenge the United States for the death of Suleymani: experts say about the imminent war
Reporterin Yandex News
Read Reporterin Google News
Ad
The publication is looking for authors in the news and analytical departments. Requirements for applicants: literacy, responsibility, efficiency, inexhaustible creative energy, experience in copywriting or journalism, the ability to quickly analyze text and check facts, write concisely and interestingly on political and economic topics. The work is paid. Contact: [email protected]
44 comments
Information
Dear reader, to leave comments on the publication, you must to register.
I have an account? Sign in