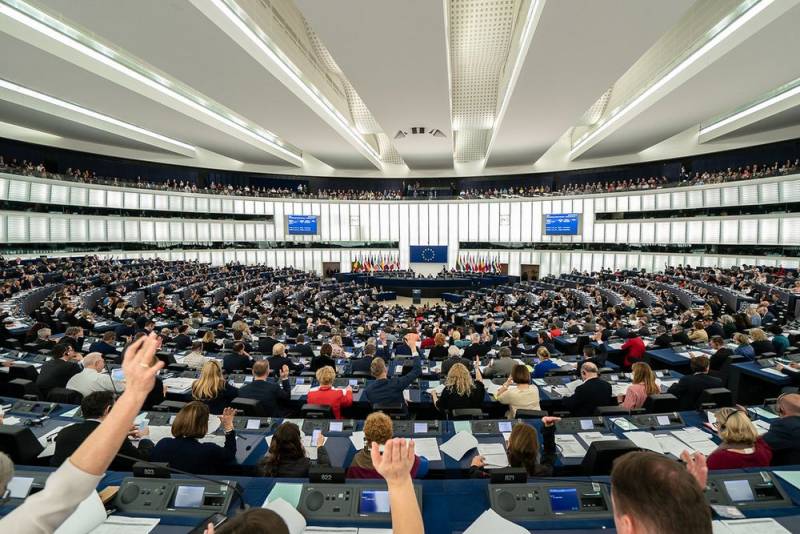 Recently сообщалосьas in the European Parliament (EP) another hysteria of Russophobia began, which accused the USSR of unleashing the Second World War (WWII), and Russian leader Vladimir Putin of "trying to rewrite history." And now, the famous political scientist from Germany, Alexander Rahr, commented on the outrageous words of the German European parliamentarian Manfred Weber.

I hope that the discussion that Poland and the Baltic countries want to fan will be stopped by rational forces in Europe. It should not affect the upcoming holiday of the 75th anniversary of the Victory. World leaders will come to Moscow on May 9 and show what positions they stand in.
- Rar told the newspaper "Sight".

MP Weber is known as a critic of Russia. But in this case, he does not act as a representative of Germany, but as a member of the European Parliament and a supporter of the point of view of certain circles within the European Union. Weber ran for the post of head of the European Commission, but he was not approved, France opposed his candidacy. However, he continues his anti-Russian rhetoric. In many matters, he is close to the position of Poland and Russia's most furious critics.
- explained Rar.

The very fact that the European Parliament condemns the Russian point of view regarding Poland’s participation in the beginning of World War II is quite logical. September 19, 2019 European Parliament issued the resolution “On the Importance of European Memory for the Future of Europe”, in which he blamed the outbreak of World War II on fascist Germany and the USSR. This is the position of Poland, Romania, the Baltic countries and several others. They want historical justice for themselves, as they consider it, because for 45 years they have been influenced by the Soviet Union and are now trying to punish Russia for the XNUMXth century.
- specified Rar.

Rar does not undertake to predict what will come of all this. At the same time, he stated that in Russia and other countries (former republics of the USSR) an entire generation of people has grown up who rethought the Soviet past. And in general, they look at the above resolution of the EP with disapproval.

Moreover, the discussion itself, according to the political scientist, is very dangerous for Europe, as it affects the sensitive sphere. The political scientist added that when historical problems are viewed from a single position, it helps to solve the problems of today. At the same time, when someone regularly excites old insults, this has negative consequences.
Ctrl Enter
Noticed oshЫbku Highlight text and press. Ctrl + Enter
We are
The European Parliament accused the USSR at the beginning of the war, and Putin in the correspondence of history
In Germany, reacted to the statement of Warsaw about the "alliance of Hitler with Stalin"
Reporterin Yandex News
Read Reporterin Google News
Ad
We are open to cooperation with authors in the news and analytical departments. A prerequisite is the ability to quickly analyze the text and check the facts, to write concisely and interestingly on political and economic topics. We offer flexible working hours and regular payments. Please send your responses with examples of work to [email protected]
18 comments
Information
Dear reader, to leave comments on the publication, you must sign in.