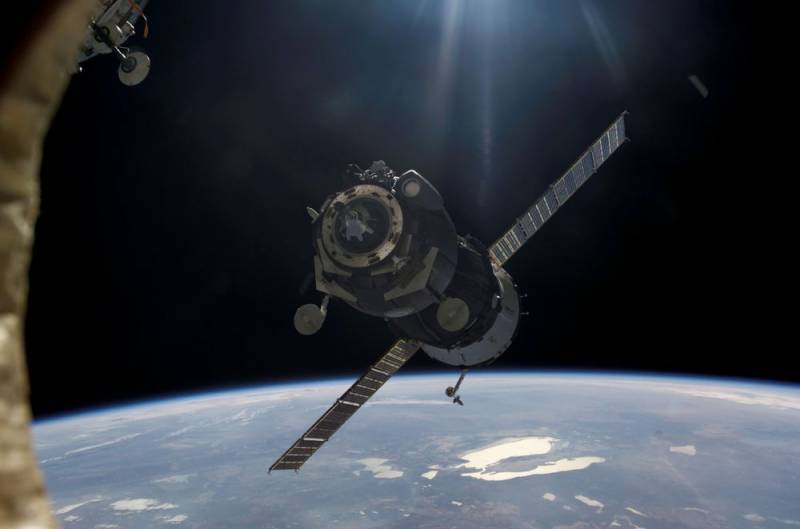 Russian experts have developed a method to counteract the work of spy satellites of other states that monitor the territory of Russia. This is stated in the material prepared and published by the employees of the Joint-Stock Company “Russian Corporation of Rocket and Space Instrument-Making and Information Systems” (JSC “Russian Space Systems”, RKS), which is part of the United Rocket-Space Corporation (ORKK).


It should be noted that material "The possibilities of providing electronic protection of areas on the Earth's surface from unauthorized observation" is illustrated and presented in two languages ​​(Russian and English). The annotation refers to the organization of electronic protection of areas from unauthorized surveillance.

For clarity, we need to clarify that we are talking about the creation of a large number of ground-based radio electronic stations (NRES), which will suppress signals when transmitting data from spacecraft (SC) optical, infrared and radar surveillance of other states to their KA relays, providing data transmission to ground receiving points. The authors emphasize that when the protected area of ​​Russia falls into the field of view of the onboard equipment of a foreign spacecraft observer, it is necessary to block the reception of onboard equipment of those foreign spacecraft transponders that are in the direct radio visibility zone of this spacecraft observer.

At the same time, the authors explain that this method can only be used if foreign spy satellites are out of sight of the ground stations of their states and cannot directly capture images. In addition, in order to guaranteedly block communication channels, it is best to use several NRES (suppression stations) at once. Moreover, these NRES should be geographically dispersed and selected taking into account the best energy accessibility to the indicated spacecraft repeaters.
Ctrl Enter
Noticed oshЫbku Highlight text and press. Ctrl + Enter
We are
U.S. spying on Russian satellites revealed
Rogozin: Were the Americans on the moon? We will check
Reporterin Yandex News
Read Reporterin Google News
Ad
The publication is looking for authors in the news and analytical departments. Requirements for applicants: literacy, responsibility, efficiency, inexhaustible creative energy, experience in copywriting or journalism, the ability to quickly analyze text and check facts, write concisely and interestingly on political and economic topics. The work is paid. Contact: [email protected]
8 comments
Information
Dear reader, to leave comments on the publication, you must to register.
I have an account? Sign in