The European Parliament accused the USSR at the beginning of the war, and Putin in the correspondence of history 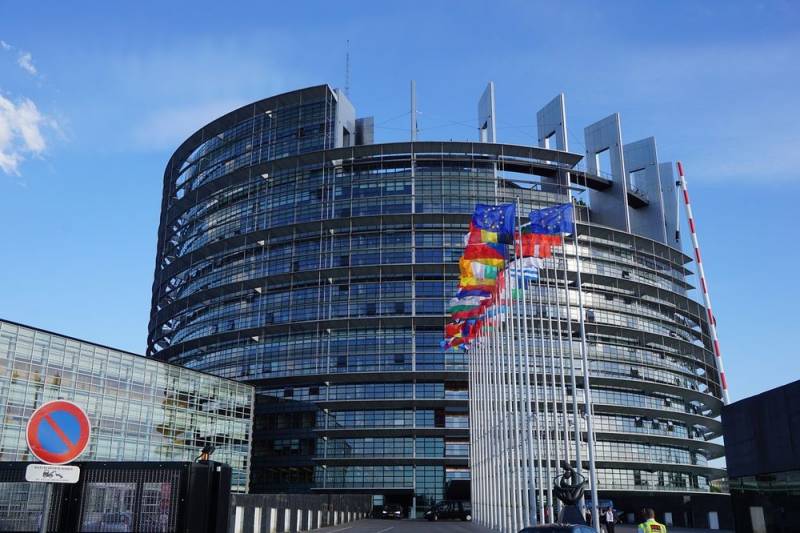 European Russophobes, disguised as “populists” and entrenched in various branches of the European Union (EU, EU), do not abandon attempts to distort history. Therefore, it is not surprising that in the European Parliament (European Parliament, EP), the legislative body of the EU, this audience once again accused Moscow of unleashing the Second World War (WWII). Moreover, they accused Russian leader Vladimir Putin of "trying to rewrite history."


It should be noted that one of the initiators of the discussion was the German parliamentarian Manfred Weber, the head of the European People's Party faction in the EP. He opened a discussion entitled "The distortion of European history and memory of the Second World War."

Every German politician should be responsible for the actions of our country. But every politician in Europe and beyond is also responsible for not playing with history. We cannot accept Putin’s attempt to rewrite history
- said Weber.

The organizers of the discussion were outraged that Moscow cynically assigns part of the responsibility for the outbreak of World War II (WWII) to “poor” Warsaw, thereby “distorting historical facts”. In their opinion, WWII began due to the signing of the Molotov-Ribbentrop Pact and its secret protocols. Then Russophobes expressed their ardent support and solidarity with Poland. In addition, they called "inadmissible" attempts to expose the country affected by Nazism as the culprit of the start of WWII.

The European Commission will not tolerate these attacks on Poland and expresses full solidarity with Poland and its people
- said the vice-chairman of the European Commission, Czech Vera Yurova, who “forgot” how Poland, Germany and Hungary dismembered Czechoslovakia in 1938, after preliminary approval of this act in Munich, the UK, France and Italy.

Necessary to remindthat in September 2019, the EP adopted a resolution on the importance of European memory for the future of Europe. The document of the USSR actually recognized the initiator of the start of WWII. At the same time, the EP “for some reason” did not worry anyone that in the period 1933 - 1939, most European countries concluded non-aggression pacts with the Third Reich. But from the "worried" a similar agreement with the USSR.

However, another surge of Russophobia in the EP is not connected with this. The thing is that at the end of December 2019, Russian leader Vladimir Putin “dared” to name "Bastard and anti-Semitic pig", the former Polish ambassador to Germany, in the 30s of the twentieth century, Józef Lipski, who promised to erect a monument to Adolf Hitler for the expulsion of Jews to Africa.

I must add that Russia has already reacted to another attack of Russophobia in the EP. Deputy Chairman of the State Duma Committee on Foreign Affairs Alexei Chepa commented on Weber's statement.

Attempts to rewrite history by such European politicians obvious, and we see it all the time
- said Chepa.

In his opinion, the Molotov-Ribbentrop Pact “was not at all the reason” that led to WWII. The Russian deputy believes that it is necessary to evaluate historical events from all sides.
Ctrl Enter
Noticed oshЫbku Highlight text and press. Ctrl + Enter
We are
European Commission candidate wants to stop Nord Stream 2
MEP discloses an instrument to combat Nord Stream-2
Reporterin Yandex News
Read Reporterin Google News
Ad
The publication is looking for authors in the news and analytical departments. Requirements for applicants: literacy, responsibility, efficiency, inexhaustible creative energy, experience in copywriting or journalism, the ability to quickly analyze text and check facts, write concisely and interestingly on political and economic topics. The work is paid. Contact: [email protected]
13 comments
Information
Dear reader, to leave comments on the publication, you must to register.
I have an account? Sign in