The flight is postponed: the Angara rocket was out of work again 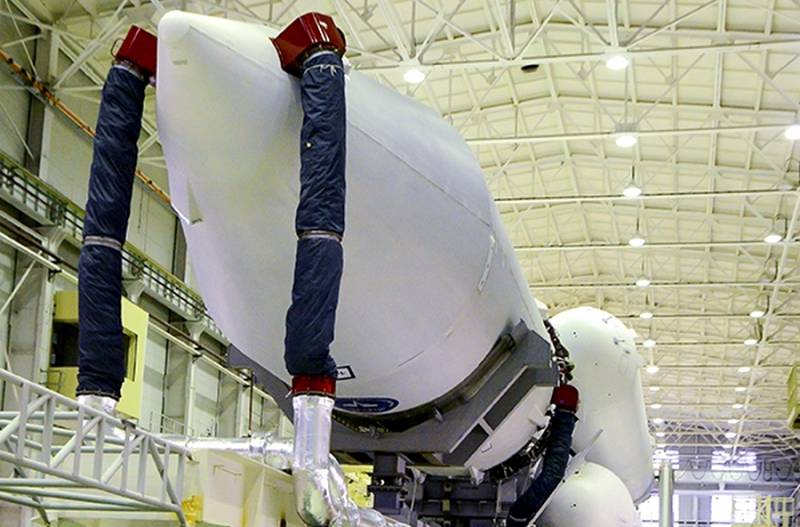 The flight of the domestic carrier of the heavy class Angara-A5 is again postponed. This was reported by the agency the day before. RIA News, referring to the public procurement website, which indicates that instead of the "Angara" Express-AMU4 communications satellites, the Proton-M rocket will launch into orbit.


It is worth recalling that in October last year, Yuri Prokhorov (general director of Space Communications) emphasized that the Express satellites would be sent precisely with the help of Angara-A5. Now it has become known that the promising rocket will be replaced by the Proton-M carrier, the production of which will be ordered this year. The carrier should be ready by 2021, and 2,3 billion rubles will be spent on its construction. For comparison, the cost of manufacturing a heavy Angara, which was launched in 2014, amounted to about 4,5 billion rubles (in prices of that year).

In addition, a light version of the carrier, whose mission was to launch 3 Gonets-M satellites into orbit, received a “refusal” earlier. A contract was signed with the Khrunichev Center for the manufacture of the Angara-1.2 launch vehicle at a cost of 2,28 billion rubles by October 2021. However, they decided to replace the light carrier with an average Soyuz-2.1b, the production of which will cost almost 700 million cheaper.

In general, the “setbacks” have plagued the Angara family for years. Work on the creation of a promising launch vehicle started back in 1995. The rocket was supposed to carry out its first flight in 2005. However, the action took place only in 2014 (light and heavy versions were launched). No more launches were made.

However, the Roscosmos said that this year the Ministry of Defense will receive two units of the heavy carrier Angara-A5. Both missiles will be built at the Polet factory in Omsk.
Ctrl Enter
Noticed oshЫbku Highlight text and press. Ctrl + Enter
We are
Again “Angara”: why is Russia another heavy missile?
Russia decided to resurrect an obsolete rocket
Reporterin Yandex News
Read Reporterin Google News
3 comments
Information
Dear reader, to leave comments on the publication, you must sign in.