Medvedev's legacy: what Mishustin has to deal with 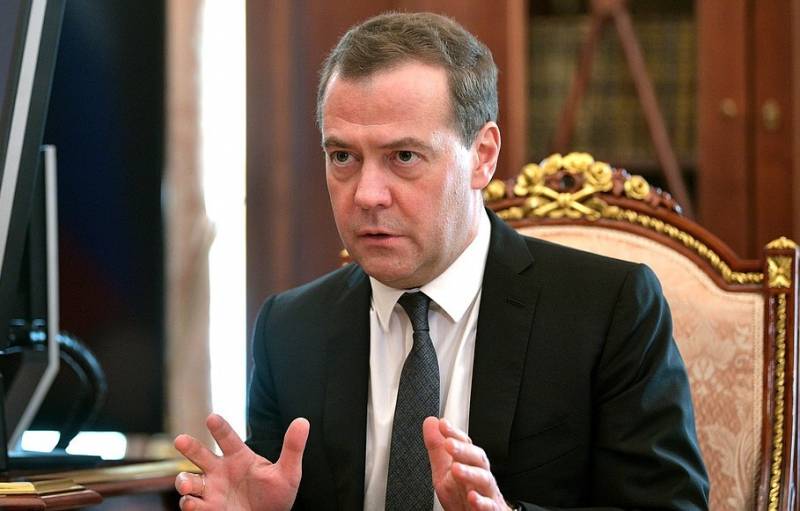 Exactly after the Old New Year, the Russians received an unexpected gift. Medvedev’s long-irritated government has resigned. Dmitry Anatolyevich himself was not forgotten by the president: his valuable experience will be useful in the Security Council of the Russian Federation.


Now optimists are pinning their hopes on the “dark horse,” the new head of the cabinet, Mikhail Mishustin.

What will the former tax specialist, the newcomer to big policy, and will he not follow in the footsteps of ex-Prime Minister Medvedev? Recall the main claims made earlier to the departed government.

Since 2014, discord has begun between Russia and the West. Sanctions have been imposed on our country, the volume of which is constantly increasing. It would seem that with systemic problems in the domestic the economy it is worth investing in the development of Russia, increasing the level of its autonomy and sovereignty. Instead, the Central Bank placed $ 147,5 billion in accounts with foreign central and commercial banks, and another 36 billion in non-government securities. Moreover, most of these funds were withdrawn precisely to those countries that pursue an openly anti-Russian sanctions policy. To put it mildly, weird.

The tax burden on Russian individuals and legal entities continues to grow. Thus, the Ministry of Finance of the Russian Federation increased the VAT rate from 18% to 20%, promising to reduce the premium rate from 30 to 22%. However, the latter was not done, but they successfully coped with the increase in the burden. With all this, the money collected from us all often calmly lies in the so-called backbone banks without diverging. Hundreds of tax billions are transferred each year to the next unclaimed balances, enriching bankers.

Despite President Putin’s personal promises not to raise his retirement age, he was raised. Guilty of this sort of like a government that decided to save on the maintenance of the elderly. Needless to say, this decision was a big “minus for karma” for both Medvedev and Putin?

The impoverishment of the Russians

From the prime minister's chair, Dmitry Anatolyevich saw everything in gracious colors:

If we talk about the economy, it is obvious that everything is in order in general: the volume of industrial production, trade, and macroeconomic indicators in Russia are at a very good level.

But in reality, the result of government actions was that 49,4% of families have enough money only for food and clothing, and 14,1% can only afford food, that is, are on the verge of physical survival.

The so-called “optimization” carried out by the liberals in the government led precisely to what it should have led. The number of health facilities has begun to decline. To “draw” salary growth, health officials began to distribute the salary fund to a smaller number of staff, which led to massive layoffs and protests among health workers.

About 35% of junior medical workers were “optimized,” that is, fired. The program for the construction of feldsher-midwife stations in the regions failed, where they were built, there are no doctors. Even in the northern capital of St. Petersburg, in order not to die, patients with diabetes should stand in line for insulin. In fact, under Medvedev, the once very effective system of free Soviet medicine absorbed the worst of paid and free.

The extinction of Russia

The direct consequence of all this long-term liberal activity of the authorities is the process of depopulation of our country. According to the calculations of the Federal State Statistics Service, there are two scenarios, basic and negative. With a negative over the next 16 years, we will become less by 15,7 million, that is, almost a million people a year. At the base - an increase of 3 million. True, it is not specified what the merit of the migrants will be.

Is it any wonder that the rating of the departed government and Dmitry Medvedev personally were at extremely low levels? And the main question is, is Mishustin going to change something, or was he simply asked to hold for a while the prime minister's chair for the right person?
Ctrl Enter
Noticed oshЫbku Highlight text and press. Ctrl + Enter
We are
Peace enforcement operation. Russia inflicts a preemptive strike on Kiev
“The dark August night came the one whom the Ukrainians were waiting with horror”
Reporterin Yandex News
Read Reporterin Google News
8 comments
Information
Dear reader, to leave comments on the publication, you must sign in.