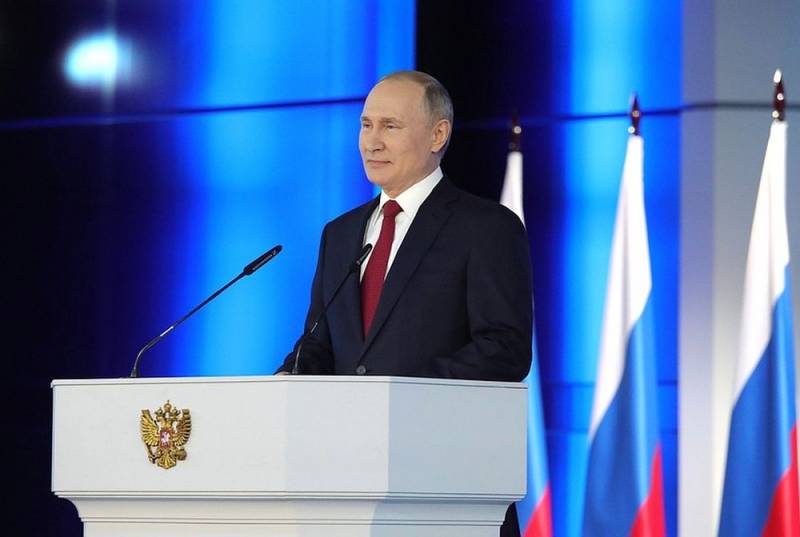 On January 15, 2020, the Russian leader Vladimir Putin, during his annual Address to the Federal Assembly of the Russian Federation, proposed amending the Constitution of the country. At the same time, the head of state said that these innovations must first be submitted to public discussion, and then this issue should be resolved by universal suffrage.


It should be noted that, according to Putin, there is no need for a new Constitution for Russia, since the current basic law still has decent potential. However, the introduction of certain amendments to the Constitution has really matured.

Today a number political, public associations raises the question of adopting a new Constitution. I want to answer right away: I believe that there is no such need, the potential of the 1993 Constitution is far from being exhausted, and the fundamental foundations of the constitutional system, human rights and freedoms, I hope, will remain a solid integral basis for Russian society for many decades to come.
- Putin said.

At the same time, Putin agreed that the Constitution was adopted more than a quarter of a century ago, when the country had a serious domestic political crisis and the situation has changed dramatically since then.

Thank God, we now have neither armed confrontation in the capital, nor a hotbed of international terrorism in the North Caucasus. Despite a number of unresolved, rather acute problems that we spoke about today, the situation in the economy and social sphere
- Putin said.

At the same time, Putin outlined his position and suggested discussing important issues related to the further development of the country. According to Putin, the changes should directly guarantee the priority of the Russian Constitution in the Russian legal space. He noted that international acts should act in Russia only in that part which does not contradict the Constitution of the country.

The sovereignty of our people must be unconditional. We have done a lot for this - restored the unity of the country, put an end to the situation when some state power functions were usurped by virtually oligarchic clans. Russia has returned to international politics as a country with an opinion that cannot be ignored. We have created powerful reserves, which multiplies the stability of our state, its ability to protect the social rights of citizens, and the national economy - from any attempts of external pressure
- Putin stressed.

Putin, in particular, proposed legislatively fixing the requirements for persons who hold positions critical for ensuring the security and sovereignty of Russia.

Namely: the heads of the subjects of the Federation, members of the Federation Council, deputies of the State Duma, the chairman of the government, his deputies, federal ministers, heads of other federal bodies, as well as judges, cannot have foreign citizenship, a residence permit or other document that allows them to reside permanently in the territory of another state
- said Putin.


In addition, Putin proposed tightening the requirements for presidential candidates in Russia. In his opinion, such persons should live in Russia for at least 25 years and never have citizenship of another state. Putin explained that the civil service mission is precisely in the ministry. So the person who chooses this path must connect his fate with Russia. At the same time, the head of state does not consider the issue of limiting the number of presidential terms as a matter of principle, "but I agree with this."

Putin is also convinced of the need to consolidate the status and role of the State Council in the Constitution. He recalled that on his initiative the State Council was revived, in which the heads of the regions participate.

Putin believes that the principles of a unified system of public authority should be enshrined in the Constitution. This is necessary to ensure high living standards and equal opportunities for people throughout the country. That is, it is necessary to eliminate the confusion of powers at various levels of government and to secure the rights of citizens. This must be done for the integrity of the country.

I consider it necessary to consolidate the principles of a unified system of public authority in the constitution. To build effective interaction between state and municipal bodies. At the same time, the powers and real possibilities of local self-government, which is closest to the people of the level of power, can and should be expanded and strengthened.
- Putin stressed.

The Russian leader proposed giving the Federation Council (upper house of parliament) the authority to remove judges of the Constitutional and Supreme Courts on the recommendation of the president in certain cases. Moreover, when it came to the State Duma, Putin proposed entrusting the lower house of parliament with the approval of the candidacy of the head of the Russian government.

I propose changing this order and entrusting the State Duma with not just approval, but approval of the candidacy of the Prime Minister of the Russian Federation. And then according to his presentation, according to the presentation of the Prime Minister, all the Deputy Prime Ministers and Federal Ministers. In this case, the president will be obliged to appoint them to the post, that is, he will not have the right to reject the candidatures of the relevant officials approved by the parliament
- explained Putin.

Putin is confident that these changes will benefit the state, society and citizens. Changes will increase the role of parliament and improve the interaction of authorities.

In conclusion, the president invited Russian citizens to vote for the proposed package of amendments to the Constitution, because “everything is ultimately decided by people” as the bearers of sovereignty and the main source of power.
Ctrl Enter
Noticed oshЫbku Highlight text and press. Ctrl + Enter
We are
Putin called on nuclear powers to eliminate the threat of nuclear war
New taxes and more expensive parcels: what awaits Russians in 2020
Reporterin Yandex News
Read Reporterin Google News
5 comments
Information
Dear reader, to leave comments on the publication, you must sign in.