Putin: Pay maternity capital from the first-born and pay off the mortgage for the third child 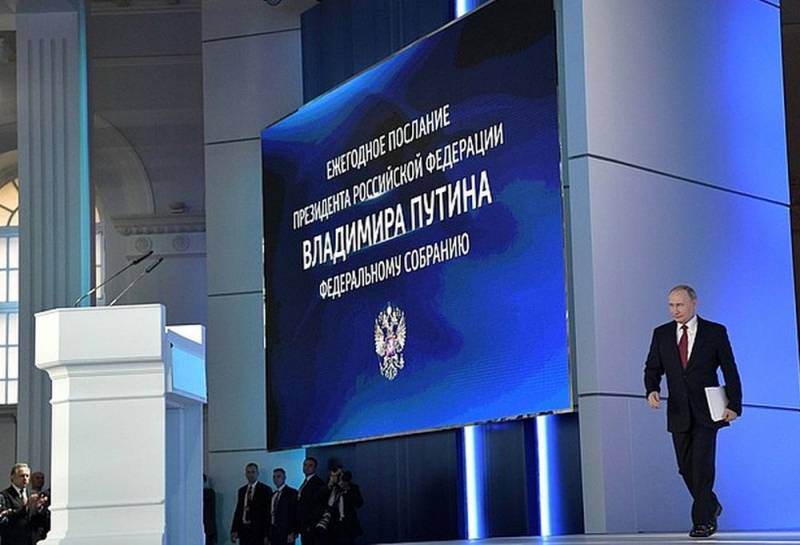 On January 15, 2020, Russian President Vladimir Putin delivered the annual Address to the Federal Assembly. The Russian leader began his speech with a statement that the fate of Russia depends primarily on the demographic situation in the country.


It should be noted that Putin wrote this document personally, having previously communicated with a large number of officials for a more specific study of the text. The head of state paid special attention to a number of issues: increasing the income level of Russians, maternal capital, nutrition and raising children. Then Putin called low incomes a direct threat to Russia's demographic future.

The fate of Russia depends on how many children will be born in Russian families in a year, in five, ten years, what they will grow up, who they will become, what they will do for the development of the country and what values ​​they will support for them in life
- Putin said.

There is an acute problem that is a direct threat to our demographic future. These are low incomes of a significant part of our citizens and families. Moreover, according to various estimates, about 70-80% of low-income families are families with children. Often, even when both parents work, the income of such families is very modest
- Putin explained.

Putin said that Russia's population is “almost 147 million people,” but the country has entered a “very difficult demographic period.” He drew attention to the fact that the birth rate in Russia began to decline again.

Putin emphasized that thanks to measures taken in the mid-2000s, Russia managed to achieve certain positive results in demographics and "even at some point to reach a natural population growth." That is why, according to the president, "there are more and more schoolchildren." But, according to the president, the demographic trap of the 90s turned out to be much worse than during the war.

The current negative demographic projections in Russia are alarming, it is necessary to ensure an increase in the birth rate by the middle of the decade
- said Putin.

Putin proposed to maintain the existing system of providing maternity capital, when money is paid for the birth of a second or subsequent child, “at least until December 31, 2026”. However, according to the head of state, this is not enough. Therefore, he proposed an additional solution for maternity capital, which should enter into force on January 1, 2020.

Already at the birth of the first-born (first child), the family will receive the right to maternity capital, in its current volume (466 617 rubles)
- Putin announced.


Putin is confident that such support will enable the family to prepare for the birth of a second child. After that, Putin proposed to increase maternal capital for the birth of a second or subsequent child by another 150 rubles. As a result, the maternity capital for the birth of a second or subsequent child will be about 000 616 rubles and will be indexed annually. Putin added that at the birth of a third child, the state will “pay off” for a family 617 rubles of its mortgage loan.
Ctrl Enter
Noticed oshЫbku Highlight text and press. Ctrl + Enter
We are
Western media appreciate Putin’s proposals to amend the Russian Constitution
New taxes and more expensive parcels: what awaits Russians in 2020
Reporterin Yandex News
Read Reporterin Google News
Ad
We are open to cooperation with authors in the news and analytical departments. A prerequisite is the ability to quickly analyze the text and check the facts, to write concisely and interestingly on political and economic topics. We offer flexible working hours and regular payments. Please send your responses with examples of work to [email protected]
6 comments
Information
Dear reader, to leave comments on the publication, you must sign in.