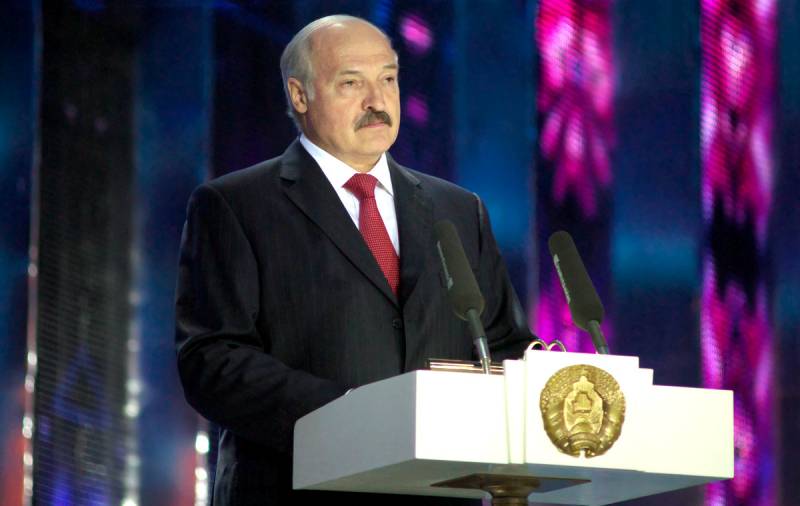 The "oil war" between Belarus and Russia is gaining momentum. Minsk announced that now its new “best friends” will be Kiev, Baku, Nur-Sultan and Warsaw instead of Moscow. What will come out of this “U-turn from Russia” with President Lukashenko?


First of all, it should be remembered that, speaking about oil, we have in mind the future of the Union State, about which we are in detail told earlier... For many years Belarus has been an "ally without obligations" for Russia, actively using its special status to obtain economic preferences. While the world was relatively calm, everyone seemed to be happy with everything. But after the events of 2014 and the subsequent anti-Russian sanctions of the West, the Kremlin still had to point out the question “who are you with, Mr. Lukashenko?”

Oil turned out to be the very litmus test, which should be determined, “hu hu”, and with whom this “hu” is. The tax maneuver conducted in the Russian oil industry is fundamentally changing the rules of the game for Minsk. The period of “duty-free freebie” for hydrocarbon raw materials for it ends, while Russian companies were able to get compensatory benefits.

Everything is logical: if Belarus is completely independent, then it must solve its economic difficulties on its own. An alternative is further integration within the Union State, which Minsk signed a long time ago. Thus, the Belarusian Tax Code should be unified with the Russian one, and the refineries from Belarus will receive the same tax deductions as the domestic ones. It is estimated that Minsk can receive $ 1,5 billion under the reverse excise tax.

But President Lukashenko cannot be fooled into chaff. Belarus began negotiations on the purchase of oil with Poland, Kazakhstan, Azerbaijan and Ukraine. Would such a replacement for supplies from Russia make sense?

Minsk already had experience in acquiring Venezuelan and Kazakh oil, and not too successful. It turned out to be corny more expensive. The same Nur-Sultan is more profitable to sell "black gold" to China than to sponsor Belarus. No one has yet canceled the long transport shoulder on the issue of supplies from Azerbaijan. Baku’s charity will hardly be engaged either.

As for Poland, which President Lukashenko was counting on by reorienting the Druzhba oil pipeline, Warsaw declared the impossibility of combining its own interests and “projects” of Alexander Grigoryevich:

Current technical The infrastructure of the Druzhba pipeline makes it impossible to transfer oil from the base in Adamovo eastward while maintaining continuity of supply for current PERN customers with whom there are existing agreements in the field of oil transportation to oil refineries.

In general, the rejection of Russian oil will become a non-trivial task for Belarus. If Minsk really doesn’t want to ally with Moscow, then he will have to pay a high price for this.
Ctrl Enter
Noticed oshЫbku Highlight text and press. Ctrl + Enter
We are
Peace enforcement operation. Russia inflicts a preemptive strike on Kiev
The “oil war” with Russia: the “shale revolution” in the United States came to an end
Reporterin Yandex News
Read Reporterin Google News
7 comments
Information
Dear reader, to leave comments on the publication, you must sign in.