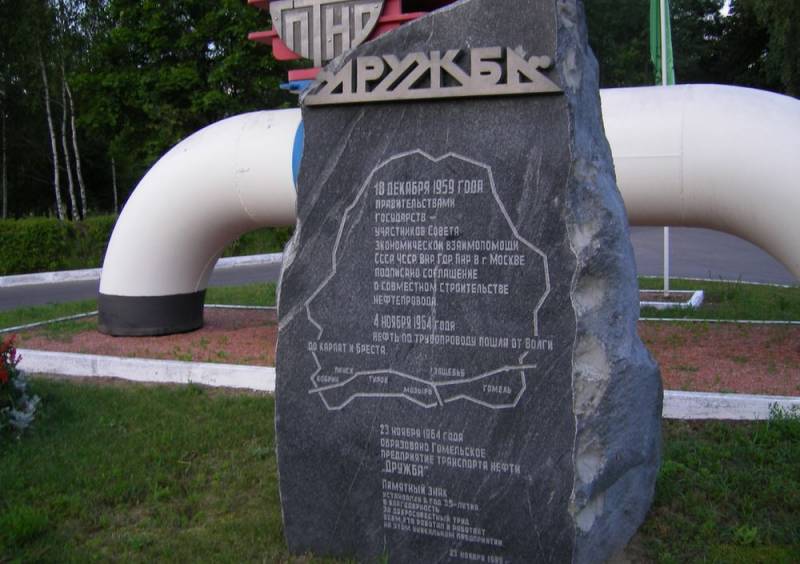 Recently, Belarusian President Alexander Lukashenko introduced in Belarus, an environmental tax (environmental tax) on the transit of oil and oil products through the country. And so, First Deputy Prime Minister of the Government of Belarus Dmitry Krutoy told the public that Minsk does not make any sense to buy Russian oil on the terms proposed by Moscow.


According to a senior official, the Belarusian government and local oil refiners are now looking for alternative routes for the supply of raw materials. He specified that relevant proposals had been sent and Belarusian enterprises are now negotiating "almost on a daily basis."

The Vice Prime Minister expressed the hope that these negotiations will give the desired result. Among the possible suppliers of oil, he named Ukraine, Poland, the Baltic countries, Kazakhstan and Azerbaijan.

All commercial services of our plants, the Belarusian Oil Company are in negotiations almost daily. I think that here too we will soon receive alternative options for the supply of specific oil
- said Cool.

Krutoy stated that Moscow’s position did not change, therefore Minsk refuses to pay premiums to Russian oil companies, the size of which the parties agreed back in 2011. He explained this by the fact that due to the tax maneuver, the price of Russian oil for Belarus will increase, and annually.

Krutoy noted that only one Russian oil company, Slavneft, went to meet the wishes of Minsk. At the same time, he is sure that Moscow will not be able to shrug off Minsk, because about 10% of Russian oil exports pass through Belarus.

We remind you that in December 2019, Minsk once again wanted to change the size of the transit tariff in the direction of increasing. In Moscow, of course, they accepted this idea without enthusiasm. After all, Belarus in 2020 wanted to receive 16,6% more than before. Therefore, it can be assumed that Minsk will continue to “milk” Moscow until Belarus has a competitor, at least in the form of Ukraine.
Ctrl Enter
Noticed oshЫbku Highlight text and press. Ctrl + Enter
We are
Minsk's new tax on oil pumping may not affect Russia
“They didn’t agree”: Minsk introduced a colossal tax on pumping Russian oil
Reporterin Yandex News
Read Reporterin Google News
Ad
We are open to cooperation with authors in the news and analytical departments. A prerequisite is the ability to quickly analyze the text and check the facts, to write concisely and interestingly on political and economic topics. We offer flexible working hours and regular payments. Please send your responses with examples of work to [email protected]
2 comments
Information
Dear reader, to leave comments on the publication, you must sign in.