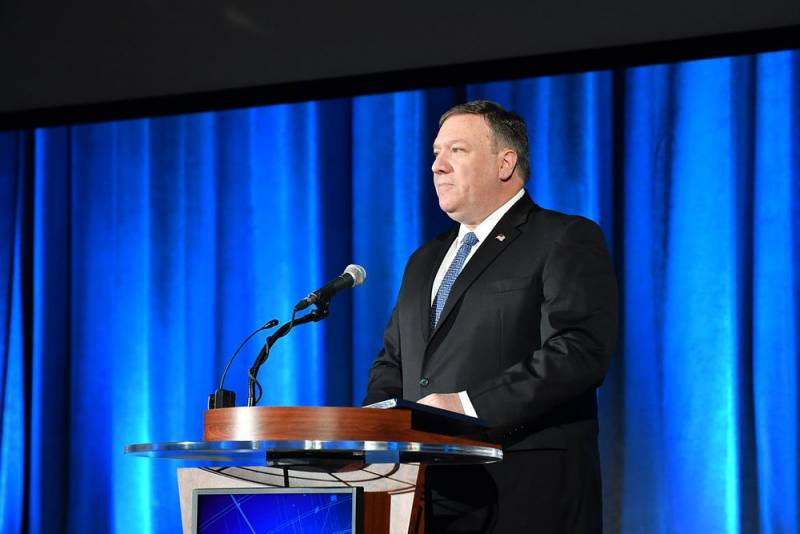 The head of the US State Department Mike Pompeo called on the Iraqi authorities to strengthen the protection of military facilities in the country. In addition, he demanded to find and punish those responsible for the recent attack on the Balad air base, where American troops are stationed.


At the same time, Pompeo said that Washington was outraged by the announcement of another missile attack to which the base was subjected. Senior American official persuaded For several months, US President Donald Trump agreed to the killing of Iranian General Kassem Suleimani, called for an end to the violation of Iraq's sovereignty by groups disloyal to official Baghdad.

It should be noted that the Iraqi Air Force base “Balad” is located in the province of Salah al-Din in the north of the country. On January 12, 2020, approximately five munitions for the MLRS were launched at the base. Moreover, as reported RIA News military source, no Americans were injured in the attack. Four Iraqi troops were injured.

We remind you that earlier the parliament of Iraq demanded withdraw US troops from the country.
Ctrl Enter
Noticed oshЫbku Highlight text and press. Ctrl + Enter
We are
US and Israeli armies put on high alert awaiting Iran’s response
Iran has promised to avenge the United States for the death of Suleymani: experts say about the imminent war
Reporterin Yandex News
Read Reporterin Google News
4 comments
Information
Dear reader, to leave comments on the publication, you must sign in.