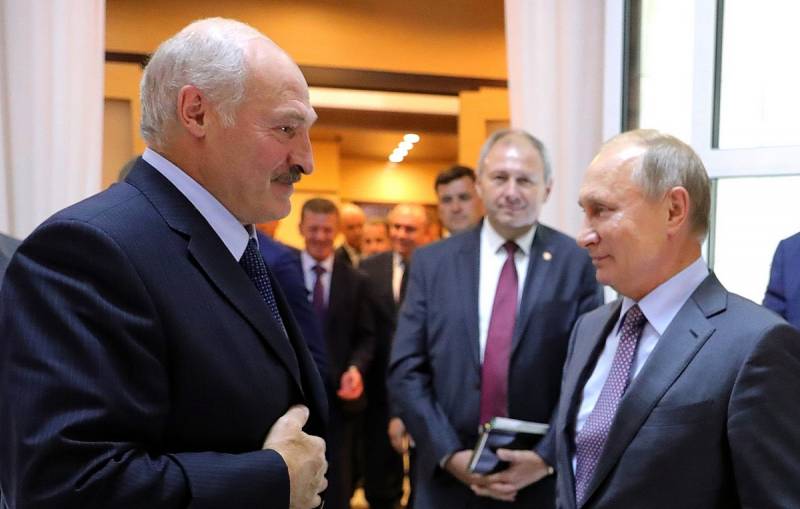 Apparently, the warm friendship of Belarus and Russia came to an end. Minsk introduced a giant “environmental” tax of 50% to pump oil through the pipeline of the same name “Friendship”. The attempt on “our all” to Alexander Lukashenko in the Kremlin may no longer be forgiven.


As you know, “Friendship” from Soviet times has been feeding “black gold” Eastern Europe, passing through Belarus. Belarusian oil refineries got a good job processing it for subsequent sale. As an ally, Minsk received all these years raw materials at a large discount on market value.

Unfortunately, the “ally” of Russia from Belarus turned out to be another one. Minsk did not recognize the reunification with Crimea; it is refusing to build a military base on its territory. The obligations assumed under the agreement to unite in the format of the Union State are treated in a very peculiar way. With all this, President Lukashenko is actively “shaking rights”, demanding special conditions for his country.

The situation is frankly unhealthy. Minsk must finally decide and be consistent. If he is with Russia, then he must fulfill the obligations of Union construction and joint defense under the treaty. Then there will be all relying "buns" in the form of subsidies of the Belarusian the economy and tax compensation.

If Minsk itself, considering itself free from allied obligations to Moscow, then its problems are only its problems. But Alexander Grigorievich should remember the fate of Viktor Fedorovich, since the “Western Bank” for Belarus with a high degree of probability will end personally for him not in the best way. No wonder the German edition of DW recently unearthed information about extrajudicial killings by the authorities in Belarus. They make it clear that at the right time everyone will remember.

The tax maneuver in the oil industry, unexpectedly tough conducted by Moscow, is a way to let Minsk decide who it is with. Speaking about oil in relations with Belarus, today we are talking about the future of the Union State. Alas, it is a big question. There are not many options.

1. Integration. President Lukashenko fully signs the entire “road map” and begins its sequential implementation, which leads to the creation of the Union State not on paper, but in reality.

2. Imitation. Minsk signs everything, having received the desired from Moscow, but then sabotages the implementation of the agreements.

3. Dead end. Lukashenko rests on the horn and does not sign anything at all.

4. The end. Belarus follows the most severe scenario and simply leaves the principle from the plainly created Union State.

So far, the second scenario with some mutual concessions and subsequent red tape and sabotage of their execution by the Belarusian side looks most likely. In the bottom line, this means that under President Lukashenko we will almost certainly not succeed in real Union State.

Perhaps the Kremlin should think about who should be supported in the next presidential election in the country closest to us. Alexander Grigoryevich, with all due respect to him for stubbornly defending the interests of the state entrusted to him, should remember the experience of neighboring Ukraine and not go too far. Breaking - not building. Nevertheless, the past, present, and future of Russia and Belarus are common.
Ctrl Enter
Noticed oshЫbku Highlight text and press. Ctrl + Enter
We are
How Ukraine break Putin's plan: six tips Zelensky
Ten "defeats" of Putin
Reporterin Yandex News
Read Reporterin Google News
17 comments
Information
Dear reader, to leave comments on the publication, you must sign in.