Why Iran was too tough for the USA 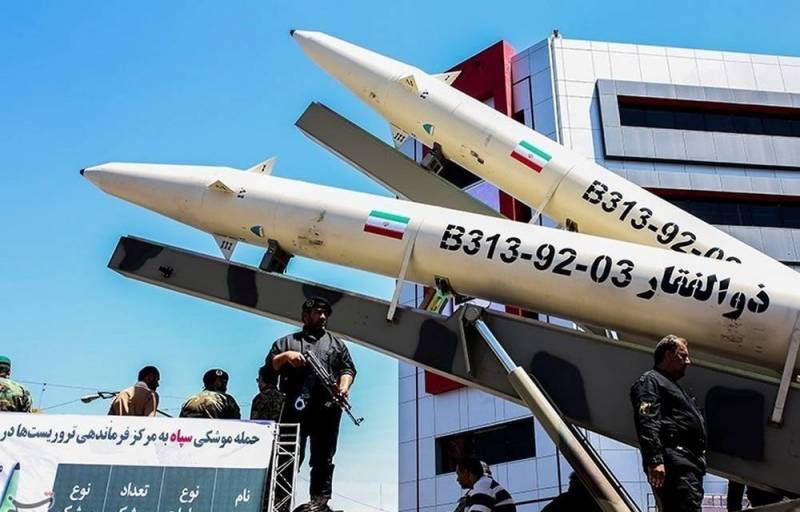 The dramatic events of the first days of 2020 demonstrated two facts that are of great importance for the situation in the Middle East. Firstly, Iran is really not all right with the air defense system. Today, Tehran officially recognized that the death of the Ukrainian Boeing was the result of a tragic mistake by the military. Secondly, the Islamic Republic has demonstrated that it has “teeth,” and it has something to answer to the US and its allies in the region.


Washington and Tehran exchanged tough public blows. The US military killed General Kassem Suleimani, the Iranian - fired ballistic missiles at the Pentagon base in Iraq. And yet, nothing terrible immediately happened. The Third World Nuclear War did not begin. The Islamic Republic has not turned into a radioactive ashes.

Of course, what was said should not be considered a call to test the strength of the patience of the White House. The “peacefulness” of the American president can be explained by the ongoing election campaign in the United States, during which the candidate Trump obviously does not need excesses with the death of his military. But is it only election?

Yes, the United States of America today is the militarily strongest country in the world with a colossal budget. But Iran is not a gift: 80 million people; a large, trained, well-armed and motivated army; IRGC; numerous proxy groups in neighboring countries. Teheran also has missiles, and it seems that it is precisely in them that it is.

Most of all the observers in the attack on the American base were struck by the extraordinary accuracy of the hits. Iranian missiles hit their targets literally “in the bull's eye”. On the possible causes of such a breakthrough, we argued earlier. So what does Tehran have in its hands here and now?

According to the Iranian authorities, the IRGC fired over two dozen Fateh-313 missiles in the Zulfikar and Kiam-1 modifications. None of them were intercepted by US missile defense systems. The Qiam-1 missile (Qiam-1) is equipped with a multiple warhead with anti-radar jamming system and was created using of technologies, making it invisible due to the absorption of radio waves, can be launched from different types of launchers. It is aimed at a target using a laser gyro guidance system. Interestingly, its old progenitor is considered to be the old Soviet rocket “Skud” / SCUD.

In addition to it, the Iranians tested their Fateh-313 / Zulfiqar (“Prophet's Sword”) missile on the American missile defense system. It is solid fuel and homing, flight range reaches an impressive 700 kilometers. “Qiam-1” (Qiam-1) is capable of hitting targets at a distance of 500 kilometers. It turns out that Tehran already has effective medium- and shorter-range missiles, which it can successfully work out throughout the Middle East region. The demonstration was pretty convincing.

And Iranians last year introduced the Hoveize / Hoveizeh long-range cruise missile. She is able to fly already 1350 kilometers. It will not reach the United States, but Europe can already be strained.

It is now extremely unprofitable for the United States to begin the exchange of missile attacks: their military will not always be warned in advance of the need to evacuate from the base. Perhaps after the election, the head of the White House will change his rhetoric and recall the slap in the face of the Iranians. But Tehran will clearly not sit idly by. The receipt of a nuclear bomb is now becoming the last guarantee of security for Iran.
Ctrl Enter
Noticed oshЫbku Highlight text and press. Ctrl + Enter
We are
Ukraine from the inside: traitors, curators and those who watch from the Kremlin
Ten "defeats" of Putin
Reporterin Yandex News
Read Reporterin Google News
2 comments
Information
Dear reader, to leave comments on the publication, you must sign in.