Country sale: key Russian enterprises may fall into the hands of the West 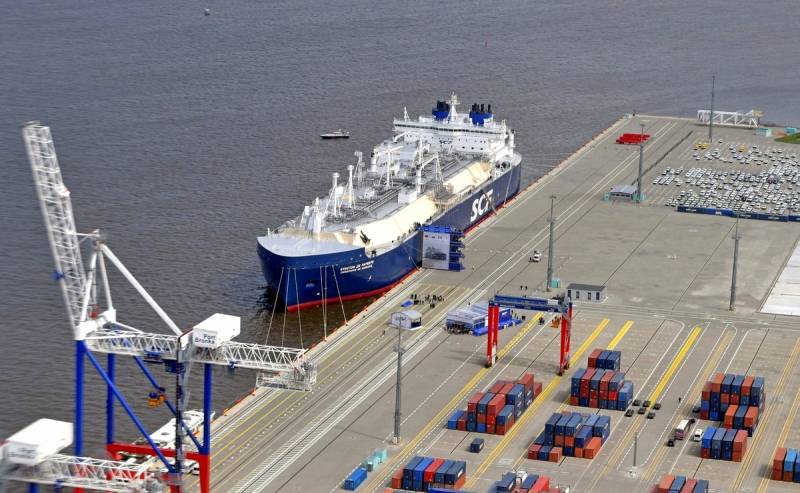 What happens when liberal demagogues come to power? The country, under various pretexts, begins to hammer out. Privatization of the 90s and the “zero” years was not enough for us, now the turn of the latter has come. Already officially, the privatization plan for the next three years includes strategically important for Russia Sovcomflot, Makhachkala and Novorossiysk commercial sea ports, as well as such “tasty” assets as VTB Bank, Almazyuvelireksport, Kizlyar Brandy Factory and Rosspirtprom.


In addition to the above, 2022 AOs, 186 FSUEs will go into the hands of “effective private owners” by the end of 86, the state will sell its shares in 13 LLCs and dispose of 1186 other objects. Recall that Russia has been under Western sanctions for five years, and we have not waited for any intelligible technological breakthrough and improving the quality of life of the population from “innovations”, “nanotechnologies”, “modernization”, “import substitution” and other tricky words. What kind of "noodles" this time will hang on our ears?

Previously, the need to transfer assets from state to private ownership was justified by the unheard of “efficiency” of the latter. But the practice was different. Liberal demagogues like to cite as an example all of themselves such private and efficient Boeing and Airbus companies. At the same time, they forget to mention that these corporations dominate the market and devour competitors only thanks to state support, subsidies and tax benefits, which has long been the subject of litigation in the WTO.

The truth is that no Russian oligarch who has seized state assets in his own hands is not able to compete with the multinationals that Washington and Brussels are behind. It turned out to be enough for the US Treasury to personally personally push billionaire Oleg Deripaska, as he successfully got rid of control over Rusal by transferring it to Western top managers. Even proximity to the Kremlin did not help the oligarch who fell into disgrace. Why talk about everyone else?

The government put up Sovcomflot for sale. It is a strategically important dual-use company. In wartime, its supply vessels must provide for the needs of our Navy. In peace - they serve transportation along the Northern Sea Route. And now it will be given into the hands of some oligarch or group of oligarchs. What will happen to the company next?

Yes, exactly the same as with Rusal. A personal “run over” by owners from the US Treasury Department will follow, and “effective owners” will rush to dump their assets. Sovcomflot will either go under the control of Western structures, or, "at best," to China, which is extremely interested in developing the Northern Sea Route. The same awaits the sea trading ports put up for sale by Medvedev’s cabinet.

Subsequent resale of former government assets is virtually guaranteed. So, our “business captains” Roman Abramovich, Alexander Mamut, Vladimir Lisin and others, were noticed in an effort to go “to the cache”. They are currently selling shares in their companies.

They also tell us that the next privatization "will increase competition" and "replenish the budget." But the NWF is already bursting with unused money, and competition can be increased by creating conditions for the development of small and medium-sized businesses, instead of strangling it. We also note that the government “dumps” enterprises producing alcoholic beverages. Alcohol has always been an important component of state revenue since the time of the “king-priest”. But, speaking of the need to reduce oil and gas dependence, liberal demagogues in power give Rosspirtprom and the Kizlyar cognac factory to private traders.

The saddest thing is that they most likely will not stop there. Three years later, the next privatization plan will be adopted, which may include Russian Railways, Transneft, RusHydro, Rostelecom, Rosseti, and United Grain Company.
Ctrl Enter
Noticed oshЫbku Highlight text and press. Ctrl + Enter
We are
Selling Sovcomflot, Russia may fall into the trap of Western sanctions
Peace enforcement operation. Russia inflicts a preemptive strike on Kiev
Reporterin Yandex News
Read Reporterin Google News
15 comments
Information
Dear reader, to leave comments on the publication, you must sign in.