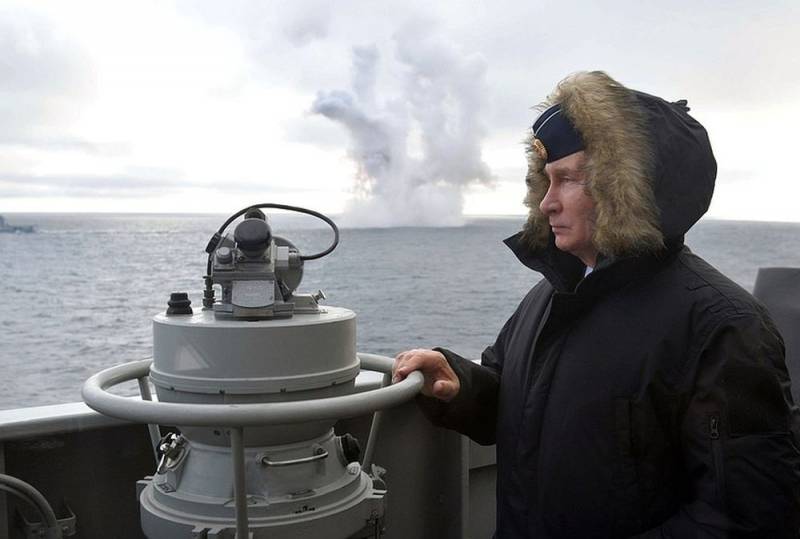 On January 9, 2020, joint maneuvers of the Russian Black Sea and Northern Fleets took place in the Black Sea. Supreme Commander-in-Chief Vladimir Putin watched the progress of the exercises from the missile cruiser Marshal Ustinov. Western media have already drawn attention to this and expressed their views on this matter.

In turn, the American newspaper The Washington Post focused on Putin's presence on these exercises. At the same time, CNN emphasized the technical characteristics of the “Dagger” and other samples of Russian weapons. Moreover, all media unanimously consider these exercises a Russian response to the recent murder Americans by an Iranian general in Baghdad.

It should be noted that during these exercises rocket firing was carried out, including Caliber cruise missiles and Dagger hypersonic aerial ballistic missiles. The video of the launch of the “Dagger” rocket with a supersonic high-altitude all-weather MiG-31K long-range fighter-interceptor is already available on the Web.