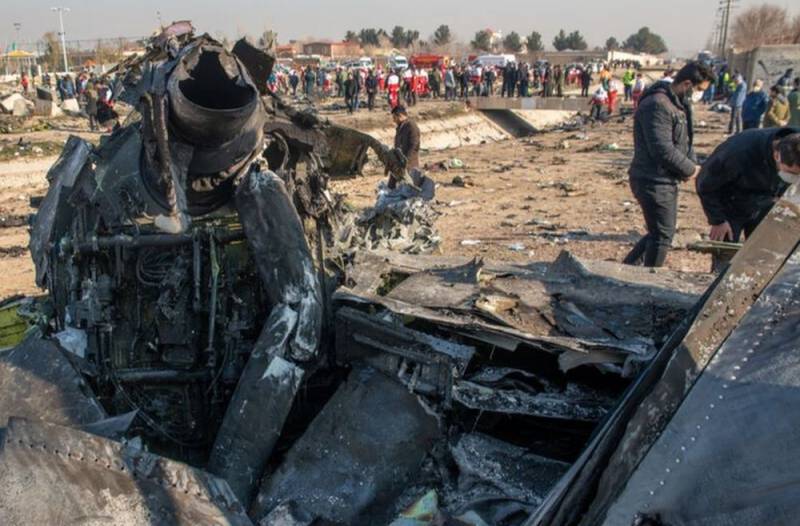 On January 10, 2020, Ukrainian President Vladimir Zelensky and the head of the Ukrainian Foreign Ministry Vadim Pristayko met with US representatives and received from them “important data” (ie “valuable instructions”). This was announced in his Twitter account by the head of the Ministry of Foreign Affairs of the "independent".


At the same time, what kind of data are in question, Priestayko did not specifically specify. But it’s not hard to guess what the information is about crash airliner Boeing 737 "International Airlines of Ukraine" (UIA) near Tehran, which occurred on January 8, 2020. So it will not be surprising if Kiev begins to accuse Iran of having shot down its airliner and killing 176 people on board.

Received important data that will be processed by our specialists.
- wrote the Ukrainian minister, before the meeting between President Zelensky and the head of the US State Department, Mike Pompeo.

In addition, on January 10, 2020, Zelensky asked the United States, Canada, and the United Kingdom to provide Ukraine with their information about the crash of an airliner in Iran (UR-PSR, flying PS752 from Tehran to Kiev). We remind you that on January 9, 2020, the head of the Canadian government (British colony) Justin Trudeau said that Ottawa has evidence that the airliner was shot down by an air defense missile. Moreover, in the West появились and other versions of what happened.

As for Iran, it categorically excludes the possibility of hitting an airliner with an air defense missile. According to Tehran, the disaster is exclusively technical character, and the noise raised around her is a “psychological attack” and political speculation.
Ctrl Enter
Noticed oshЫbku Highlight text and press. Ctrl + Enter
We are
Media: Ukrainian missile shot down immediately with two missiles
The United States and Canada announced the defeat of the Ukrainian aircraft anti-aircraft missile in Iran
Reporterin Yandex News
Read Reporterin Google News
Ad
We are open to cooperation with authors in the news and analytical departments. A prerequisite is the ability to quickly analyze the text and check the facts, to write concisely and interestingly on political and economic topics. We offer flexible working hours and regular payments. Please send your responses with examples of work to [email protected]
8 comments
Information
Dear reader, to leave comments on the publication, you must sign in.