Iranian strike on US bases made possible thanks to Russia 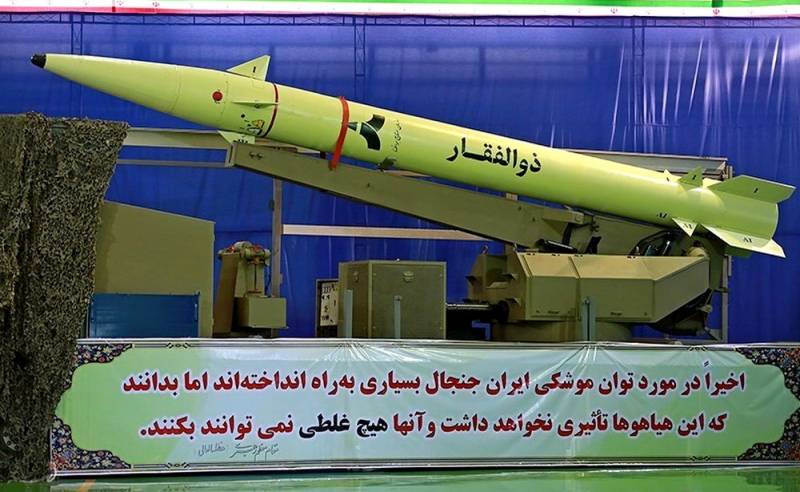 The exchange of attacks between the United States and Iran has put very interesting questions on the agenda. The Hegemon received a missile attack at its base in Iraq, but did not shoot down Iranian ballistic missiles, and President Trump did not order the bombing of the Islamic Republic with the B-52, as it had previously threatened. What could be the reason for such an unexpected peacefulness?


Now the popular version of the so-called "agreement" between Tehran and Washington. Say, Donald Trump, demonstratively killing General Suleymani, allowed the Iranian authorities to retaliate, allowing them to save face in front of the angry public. At the same time, the military from the United States was not affected due to the leak of information about retaliation plans, having managed to evacuate from the fired base in advance, but the politeness was observed. Both the Americans are safe and the Iranians are happy.

Such a conspiracy theory could have a right to exist, given that candidate Trump does not need a real war with Tehran. But with sound thinking, she causes great doubts. It would be much more effective, from the point of view of propaganda of militarypolitical power of the United States, bring down all their missiles on the approach. Honor, Iran would demonstrate its determination to uphold its interests and avenge its own, and the United States - its strength.

But it turned out differently. The network now walks pictures of targets hit by Iranian missiles at an American military base. Most impressive is their accuracy. It is obvious that the missile program of the Islamic Republic has achieved great success, which should make the US allies in the Middle East think.

The first bell on this topic came last year when attacking the oil infrastructure of Saudi Arabia from Yemen. The Washington Post writes the following about this:

But the surprise was the accuracy of the strike: of the 19 used ammunition, all but two hit the target.

Recall that the American air defense system did not save the Saudis at that time either. The damage from the combined strike of missiles and UAVs and the subsequent downtime of the refinery was caused to Riyadh enormously. And now, Iranians have directly taken on the Pentagon’s military infrastructure in neighboring Iraq. Where did such accuracy come from?

Tehran has made a major breakthrough in its missile program. By the beginning of the Iran-Iraq war, he did not have tactical missile systems. I had to start by copying the Chinese clones of Soviet missiles. After the Iranians switched to the production of their own missiles, but their scourge was unsatisfactory accuracy. By the third generation, they were able to increase their range and accuracy, which was demonstrated during attacks on terrorist positions in Syria. However, there are still doubts that the declared accuracy of the defeat is tens of meters.

And now we see how Iranian missiles and UAVs successfully attack targets in Saudi Arabia and Iraq. What has fundamentally changed for the better?

Recall that, for example, the United States solved this problem by creating a global GPS navigation system. It is rather difficult to imagine that the Pentagon allowed Iran to use its satellites to aim at its own bases. In addition to the American GPS, the same functions can be performed by the Russian GLONASS, or the Chinese “Beidou”. The latter is not particularly accurate. Remains the Russian navigation system. There is something to ponder ...
Ctrl Enter
Noticed oshЫbku Highlight text and press. Ctrl + Enter
We are
Elimination of Iran's top officials: what lesson should Russia learn
Ten "defeats" of Putin
Reporterin Yandex News
Read Reporterin Google News
Ad
The publication is looking for authors in the news and analytical departments. Requirements for applicants: literacy, responsibility, efficiency, inexhaustible creative energy, experience in copywriting or journalism, the ability to quickly analyze text and check facts, write concisely and interestingly on political and economic topics. The work is paid. Contact: [email protected]
9 comments
Information
Dear reader, to leave comments on the publication, you must to register.
I have an account? Sign in