Airbus vs. Boeing: the battle of the "winged giants" is tightened 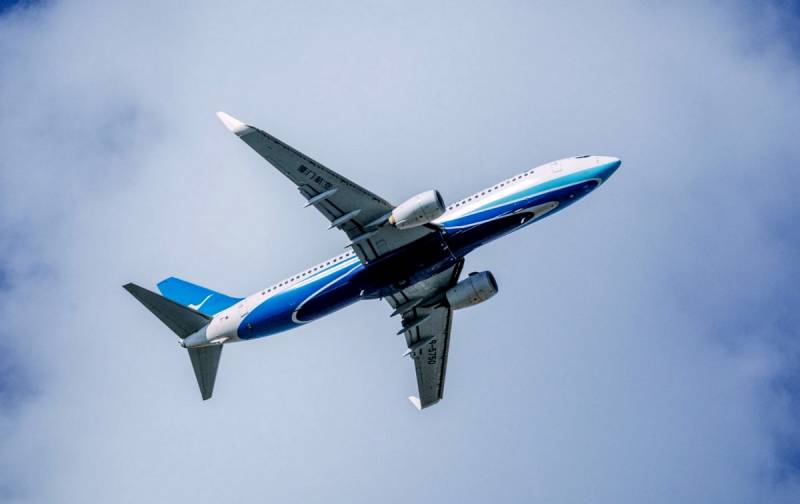 The advent of the new year allows us to summarize the confrontation between the two leading world aircraft manufacturing corporations, which unfolded last year with renewed vigor. Without a doubt, a new impetus was given to him by the problems that hit American aircraft manufacturers. However, we must pay tribute to their European competitors - they do not rely solely on a favorable set of circumstances for them and do not sit idly by.


It’s offensive policy ultimately, Airbus provided a truly historic breakthrough, which again brought it to a leading position in aircraft manufacturing. How strong is the current situation and is there any chance for Boeing to regain the "palm" in the near future?

It should be noted that the "capitalist competition" between manufacturers of sky liners and the Old and New Worlds lasts about as long as there are both giant corporations. However, let us turn to the times closer. The European concern was firmly in the lead from 2003 to 2010, however, in 2011 the Americans took over the leadership in production and supply, which, it would seem, would be unrealistic to squeeze out the podium from the top of the aircraft building. And yet, in December last year, it became clear: Airbus did it! Throughout it, the company transferred to customers 863 of its machines, thus increasing production by almost 8%. Boeing, with its 345 aircraft sold (11-month data), cannot even boast half that success. Still - after all, those who fell under the worldwide ban due to terrifying disasters, his 737 MAX was truly the flagship model of the corporation, the most sought after and sold. The deliveries of long-haul and wide-body models 777 and 787 carried out according to the plan could not save the situation. However, it is hardly worthwhile to pin special hopes on your advantage in this area - the Europeans are not only firmly determined to “move” it in this direction, but they are already taking concrete practical steps for this.

Yes, the mid-November flight QF7879 on the London-Sydney route was carried out by the Australian company Qantas using the Boeing 787-9 Dreamliner, which spent 19 hours in the air without any problems. However, Airbus has already announced the beginning of the development of the liner specifically for flights of this length. What is characteristic, the same Qantas acted as a customer, intending to further deliver passengers to Australia from New York and London on an ongoing basis. And she turned not to Boeing, with whom she seems to already have a positive experience of cooperation, but to his European competitors. What will be the "ultra-long-range" is still unknown. According to available information, the prototype for it will be the model A350-1000, which they plan to equip with proven Rolls-Royce Trent XWB engines and significantly increased fuel tanks. So far, even the approximate dates for the implementation of this project have not been announced, however, by itself, it no longer promises the Americans anything good. There is nothing to be surprised - I recall that at the end of 2019, it was Qantas Airways that was recognized as the safest airline in the world. Alas, the Boeing brand has not been associated with the concept of "security" for some time ...

Meanwhile, the American corporation continues to be shaken by new scandals, tormented by financial and personnel "turbulence." What tricks do not go to Boeing in order to save their own tarnished reputation ... If this helps, then very briefly. It would seem that the measures are unprecedented: this time the corporation brought to the altar of “bleaching” its image not appointed “switchmen”, not a small bipod, but its president and CEO Dennis Mühlenburg, whose resignation in the concern was called “a necessary step to restore confidence in company ". The top manager who paid for the chair for a series of disasters and other annoying “punctures”, according to available information, will take on January 13 the current chairman of the board of directors of the company, David Calhoun, who has already stated that he firmly believes in a “bright future” not only for Boeing Co, but also continuing to ruin the corporation that gave birth to its model 737 MAX. Optimism, of course, is good, but ... News on fundamental personnel changes in the top management of the company raised Boeing shares on the stock exchange by 3.7%. And this could be considered a victory, if literally the day before, after the official announcement of the suspension of the release of the ill-fated 737 MAX since the beginning of this year, the securities of the corporation would not have fallen by 4%. It seems that from the change of place of top managers the amount of losses of the company does not change.

Boeing simply had no choice but to stop some conveyors, which, incidentally, happened for the first time in the last 20 years. The US Federal Aviation Administration (FAA) grabbed onto the problematic model of the airliner, as they say, a stranglehold, finding in it more and more shortcomings and potential sources of danger. For example, just the other day, FAA experts said they found “problems with wiring” in the 737 MAX, which could well cause a short circuit with completely predictable tragic consequences. Cable bundles, according to inspectors, are too close to each other and this is "potentially dangerous." How serious this drawback is, you can understand from the fact that Boeing representatives have already hurried to assure that they are ready to consider any options for its solution, up to making changes to the design of the liner. It remains only to guess what “penny” this will fly into the corporation and how much it will push the return of 737 MAX to the sky. Today, the second quarter of this year is already called the best option. However, the same Mühlenburg, after a personal meeting with the head of the FAA, Stephen Dixon, made it clear: before February-March, there can be no talk even of software certification for machines that have received the “shameful stigma”. And their rise is a matter of a completely uncertain future.

All are to blame

Meanwhile, the situation’s added drama is added by the fact that members of the US House of Representatives Transport and Infrastructure Committee joined the Boeing trial very zealously. In the process of studying more and more new documents, one by one the details come up, by no means painting both the corporation itself, and the harshness of the controllers from the FAA who are already showing them ex-facto today. So, congressmen expressed extreme concern that, according to the corporation’s internal correspondence, some of its employees were well aware of the potential danger of changes to the 737 MAX software. Their other colleagues, at the same time, did their best to prevent an “information leak” that could lead to the disruption of plans for the production of this model of liners. These suspicions are also confirmed by the evidence of specific individuals directly involved in the subject of the investigation. So, Ed Pearson, a Boeing employee (already a former one, of course), who was directly involved in the “killer airliners” program, said at the relevant hearings that he had warned the management of the corporation about the impending disaster even before the first plane crash, but they simply ignored it.

Moreover, other ex-employees of the company made even more shocking confessions, casting a shadow not only on their former employers, but also on the US Federal Aviation Administration. This is about "too close contacts" of his leadership with the bigwigs of Boeing Corporation, which allowed aircraft manufacturers to "solve issues" in certification of their products in those cases when it was impossible by the letter of the law and rules. All this allows American lawmakers to admit that the FAA was well aware of the real causes of the first tragic accident 737 MAX, which happened back in October 2018, and realized the more than serious likelihood of its recurrence. However, instead of immediately imposing a complete ban on the operation of this model, the controllers were silent and did not do exactly anything until the second plane crash. The desire of all direct and indirect culprits of two terrible tragedies to pass on at least another part of the responsibility is understandable. However, the extremely unsightly truth that is being revealed now really makes us seriously think about how much we can trust the aircraft, the production and commissioning of which takes place with a similar number of completely flagrant violations.

Meanwhile, Airbus, as they say, forges iron while it’s hot. Well, or aluminum - in this case ... Last year, the company even went on an unprecedented cancellation of the suspension of production at its own enterprises for Christmas. This is how they strive to build on their success! Well, whoever wins this race, for us ordinary passengers who trust their lives with winged vehicles that bring us to heaven, the main thing is easy takeoff and soft landing. Estimated: in 2019, 86 accidents occurred in the world, 8 of which had tragic consequences. This indicator, as well as the number of victims of disasters, fortunately, has almost doubled in comparison with 2018! Last year, one flight out of 5 and a half million turned out to be fatal. So let this figure become even smaller, and best of all - turn into zero!
Ctrl Enter
Noticed oshЫbku Highlight text and press. Ctrl + Enter
We are
Boeing will not take off this year. But it will not crash
Boeing slaughtered: the fall of the aircraft giant continues
Reporterin Yandex News
Read Reporterin Google News
Ad
The publication is looking for authors in the news and analytical departments. Requirements for applicants: literacy, responsibility, efficiency, inexhaustible creative energy, experience in copywriting or journalism, the ability to quickly analyze text and check facts, write concisely and interestingly on political and economic topics. The work is paid. Contact: [email protected]
5 comments
Information
Dear reader, to leave comments on the publication, you must to register.
I have an account? Sign in