Why Russia should support Turkey in the fight against Israeli gas 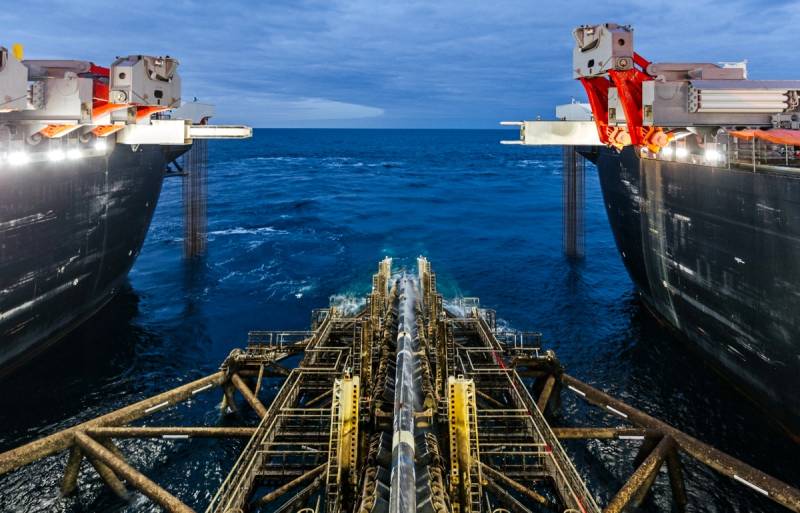 So, Gazprom has officially formulated yet another problem. The EastMed pipeline, a joint project of Israel, Greece, Cyprus and Egypt, will soon appear on the southern European gas market. Interestingly, barely appearing on paper, this gas pipeline became the reason for the indirect war of Turkey with these countries in Libya. For whom to “root” in this context of Russia?


EastMed can rightfully be considered a symbol of change. More recently, Israel, which was believed to be practically deprived of its hydrocarbon reserves, depended critically on oil and gas imports. At the same time, they were expensive for Tel Aviv, since the neighboring Arab countries posed all kinds of obstacles for the Jewish state.

Everything changed in the XNUMXs, when the countries of the eastern Mediterranean began exploration of the Levantine oil and gas shelf.
And then generous gifts finally fell on the promised land. In 2009, the Tamar gas field was estimated, estimated at 307 billion cubic meters, and in 2010, the Leviathan with 453 billion cubic meters of gas (according to some reports, the volume of undiscovered gas reserves on the shelf can be more than 3 trillion cubic meters). Lucky and neighbors in the region. Egypt discovered the Zohr field - 453 billion cubic meters, and island Cyprus - Aphrodite with 170 billion, respectively. If you rephrase the classics, for Europe it is too little, for these countries it is too much. The richest European gas market is literally under the nose, there is no superfluous currency, and therefore the plan for the construction of the EastMed offshore pipeline has matured.

The pipeline will connect the Eastern Mediterranean with Southern Europe, its throughput will be relatively modest 10 billion cubic meters per year. The length is impressive - 1900 kilometers, and it will lie at very great depths, which will complicate the construction and increase its cost. It is estimated in the range of 7 to 10 billion dollars. It would seem very expensive, but not so much gas will come. But let's say frankly that EastMed is not so much about the economyhow much about policies. The project is supported by both the European Union and the USA. It is very significant that the European authorities removed the pipeline from the restrictions that were imposed on the Russian Nord Stream-2, which says a lot.

For Gazprom, this means the emergence of another competitor in the southern European market, where the TAP-TANAP project is already opposing its “Turkish stream”, there is Algerian gas and LNG. Shining loss of market share. How serious this is is indicated by the behavior of Ankara, which unexpectedly became a situational ally of Moscow.

Turkey, with extreme displeasure, is observing how the neighbors divided the oil and gas shelf of the Mediterranean Sea without regard to its interests. As you know, in Cyprus there is a partially recognized Turkish Republic of Northern Cyprus. The UN TRNC did not recognize, but Ankara actively uses the Turkish enclave to advance its interests in the Mediterranean and disputes the unilateral claims of the Greek part of the island to gas fields. So, two years ago, the Turkish Navy drove off the drilling vessel Saipem 12000 of the Italian company Eni from Aphrodite, and last year the Turks themselves began test drilling on their part of the Cyprus shelf.

In addition to claims for hydrocarbon resources, Ankara is opposed to EastMed, which represents the competition in southern Europe with TAP-TANAP and Turkish Stream. The seriousness of her intentions to defend her interests is evidenced by the decision of President Erdogan to send troops to Libya to support official Tripoli, where Egypt is his indirect opponents, to a lesser extent Greece and the Greek part of Cyprus.

Taken together, it all smacks of serious conflict in the eastern Mediterranean. Since the interests of Moscow and Ankara to the gas market in Southern Europe coincide, it may be wiser not to put obstacles in the way of the Turks, having found a compromise with them in Libya, where Russian mercenaries are now seen on the side of Field Marshal Haftar.
Ctrl Enter
Noticed oshЫbku Highlight text and press. Ctrl + Enter
We are
Peace enforcement operation. Russia inflicts a preemptive strike on Kiev
US relies on Israeli alternative to Turkish Stream
Reporterin Yandex News
Read Reporterin Google News
15 comments
Information
Dear reader, to leave comments on the publication, you must sign in.