In Russia, the development of a launch vehicle for the Sea Launch began 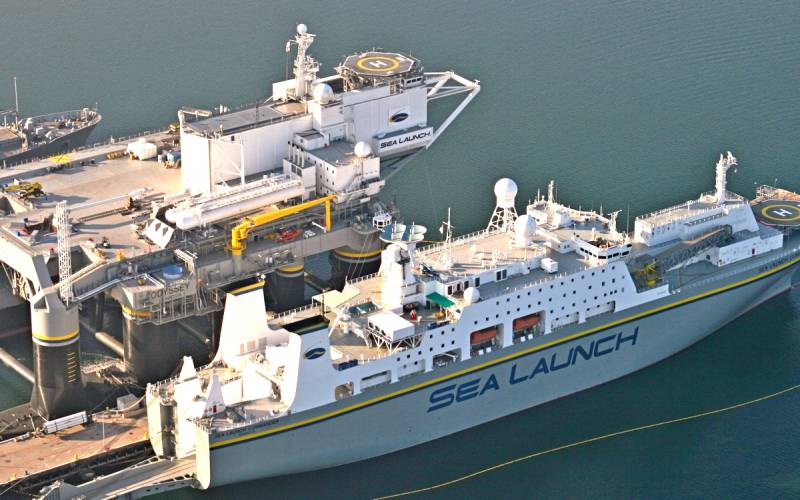 S7 and RCC Progress began a joint discussion of the parameters for a promising launch vehicle designed for future launches from the Sea Launch platform. This was reported by the agency the day before. TASS with reference to the press service of the enterprise.


At the moment, the coordination of tactical and technical requirements and the timing of the main stages of work. In June 2019, the head of Roskosmos, D. Rogozin, announced that the state corporation was ready to supply S7 companies with components for the future rocket or to completely build the carrier in accordance with the terms of reference.

Recall that a month earlier, representatives of S7 Space reported that in 2020 the launch platform Odyssey and the assembly and command ship of the floating spaceport would be sent from the current base in California to the Far East. For this, the company has all the necessary permits, including from the US State Department.

S7 Group Holding, which includes S7 Space, is the full owner of the Sea Launch complex. Until the end of May 2014, 36 launches were made from the platform, 32 of them were recognized as successful. After the "transfer" to Russia, the floating spaceport will be temporarily based in the port of Slavyanka.
Ctrl Enter
Noticed oshЫbku Highlight text and press. Ctrl + Enter
We are
Refusal from Ukrainian missiles makes Sea Launch pointless
Will the Sea Launch Save the Russian Space Industry
Reporterin Yandex News
Read Reporterin Google News
6 comments
Information
Dear reader, to leave comments on the publication, you must sign in.