Why Chernobyl-2 in Ukraine is getting closer 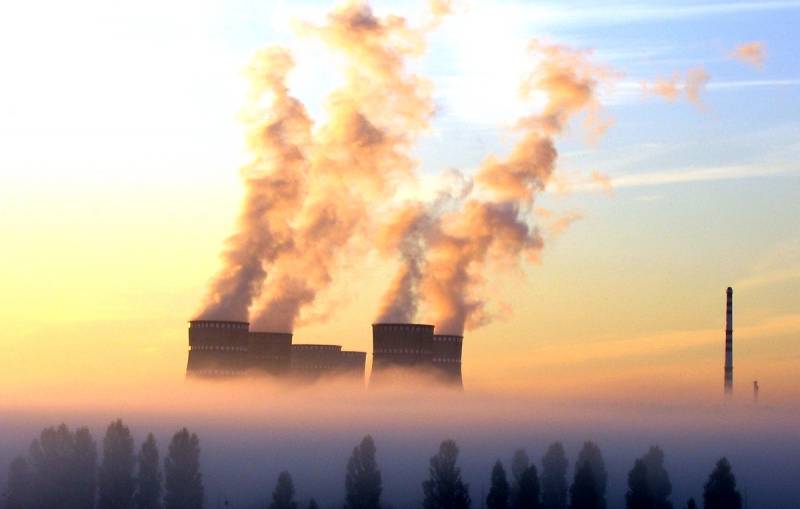 Ukraine has moved one more step towards a repeat of the Chernobyl disaster. And, alas, this is not an exaggeration. If the tragedy of 1986 was the result of a confluence of circumstances during an unsuccessful experiment at the Chernobyl nuclear power plant, then Chernobyl-2 could be the work of the American company Westinghouse with the direct indulgence of official Kiev.


On the eve of the South Ukrainian NPP, the third power unit was automatically turned off. Representatives of Energoatom reassure that everything is in order, there is no excess of the radiation level, but they do not name the causes of the emergency. However, it is not so difficult to guess.

By inheritance from the USSR, Nezalezhnaya immediately received 4 nuclear power plants: Zaporizhzhya, Khmelnitsky, Rivne, and South Ukraine. The fifth, the infamous Chernobyl, is decommissioned. Unfortunately, all this energy power is increasingly turning from a pride into a source of terrible danger. Ukrainian NPPs are now sometimes called “horsemen of the Apocalypse,” and you should not reduce it only to "Kremlin propaganda"... According to the esteemed specialized edition of Energy Research & Social Science, the risk of a radiation disaster like the Chernobyl one is 80% in the next five years!

The most problematic, from the point of view of the Western publication, is the Rivne and South Ukrainian nuclear power plants. Should something like the events of 1986 near Rivne happen, not only Ukraine will suffer, but also neighboring Poland, Hungary and Slovakia. If it “smells” at the South Ukrainian NPP that in the Nikolaev area the Black Sea coast of the Nezalezhnaya coast, as well as the Crimea, will be exposed to radiation infection.

The most regrettable thing is that all these problems are man-made, and Kiev and the USA jointly bear responsibility for them. All reactors at Ukrainian NPPs are of Soviet or Russian origin, and they are inextricably technologically linked to Rosatom fuel. Westinghouse has an ambitious program to “squeeze” from Russia its market share in the nuclear power industry of Ukraine and Eastern Europe, where the USSR's positions were previously strong.

The experiments with American fuel in the Czech Republic were unsuccessful and recognized as dangerous, after which Prague refused it. Then the United States turned to trouble-free Ukraine. Before Maidan, Kiev gave the green light to “research work” with Westinghouse products. Almost immediately, serious problems were identified with the deformation of American fuel assemblies precisely at the South Ukrainian NPP.

After the events of 2014, things got much worse. Relations with Rosatom were de facto broken, the personnel of nuclear power plants began to disperse, and the remainder lost their qualifications. Over the past five years, reports of emergency at Ukrainian nuclear power plants have been going one after another. So, at the South-Ukrainian NPP in 2015, at the same third power unit, the reactor was already shut down due to the operation of automation. In 2016, this happened already at the second power unit. Recently, there was information that Westinghouse was able to eliminate all the existing problems, and now everything will be just wonderful. A company from the United States occupied about 40% of the nuclear energy market of Ukraine.

Apparently, the wish is given out as valid. Age-related nuclear power plants, reactors whose service lives have been extended with an unknown quality of work, a sagging level of personnel competence, a breakdown in cooperation with Rosatom, and the forced use of non-native American fuel are all direct prerequisites for Chernobyl-2. It is terrible to think what will happen if the South Ukrainian or Rivne NPP explodes. The USSR was a real superpower with enormous resources and capabilities, but even for it, eliminating the consequences of a radiation disaster was a difficult test.

Who will liquidate this time? Economically hardly alive Ukraine, a significant part of the population of which scattered to other countries? Will Europeans or Westinghouse employees shovel radioactive fuel from the roof? The Russian Federation, with its status of "aggressor" in Independent?
Ctrl Enter
Noticed oshЫbku Highlight text and press. Ctrl + Enter
We are
The end of nuclear energy in Ukraine
Russia has twice saved Ukraine from a nuclear disaster
Reporterin Yandex News
Read Reporterin Google News
Ad
The publication is looking for authors in the news and analytical departments. Requirements for applicants: literacy, responsibility, efficiency, inexhaustible creative energy, experience in copywriting or journalism, the ability to quickly analyze text and check facts, write concisely and interestingly on political and economic topics. The work is paid. Contact: [email protected]
85 comments
Information
Dear reader, to leave comments on the publication, you must to register.
I have an account? Sign in