The shooting of General Suleymani: is there a war between Iran and the United States? 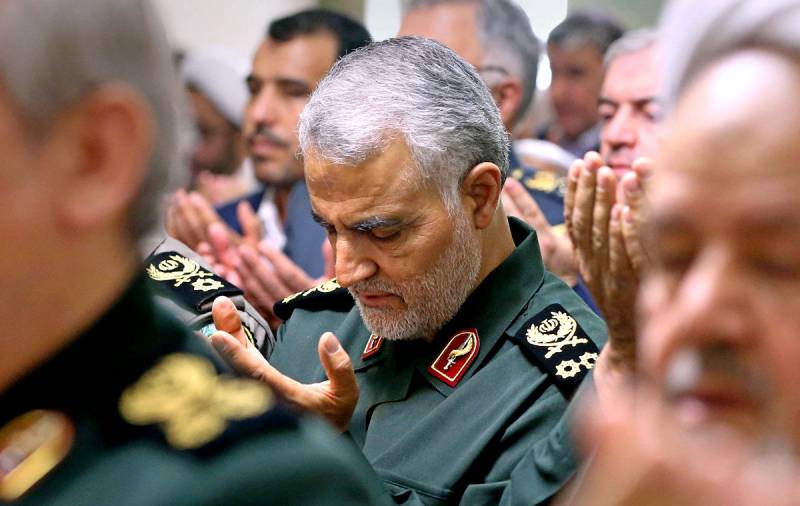 On the eve of the world dangerously close to the start of the US-Iranian war in the Middle East. On a personal order from President Donald Trump, the U.S. Air Force shot the convoy of General Kassem Suleimani, who led the IRGC special forces. Killed 10 people, including the famous commander. Tehran said today that this attack is tantamount to unleashing a war.


To be this war, and why the elimination of the Iranian general occurred right now under such controversial circumstances? The fact that Congress was not notified in advance, and the operation itself was carried out not by the CIA, but by the American military, testifies to the unusualness.

The sources of these events should be sought in the United States, where the presidential race is gaining its momentum. Candidate Trump has so far the greatest chance to lead the White House. It’s profitable for his rivals to make him goof off. The Middle East direction is one of the most promising in this matter. The end of 2019 was marked by a missile attack on the positions of the US military in Iraq. Those in response struck at enemy targets in Iraq and Syria. An angry mob of Iraqis broke into the US Embassy in Baghdad, smashing it.

Recall that in 1979 something similar happened in neighboring Iran. Employees of the American embassy in Tehran were held captive for a long time. The power operation to free them failed miserably. This event is considered "the last nail in the lid of President Carter's tomb." It is possible that something similar was prepared for Donald Trump.

It is also possible that tacit consent for the actions of the Iranian proxies in Baghdad was given by opponents of President Trump, who played on the same side in this matter, but the information “leaked out”. This can explain the jewelry accuracy of the actions of American aviation. The problem is that Trump fell into the fire from the fire. Now his political opponents accuse him of starting a war with Tehran. But will she?

A very realistic scenario of the war between the USA and the Islamic Republic, we detail considered earlier. In it, Washington acts as an aggressor and conducts a limited operation. Iran is a large regional power with a serious, motivated army, a tough nut even for the Pentagon.

Instead of trying to get to Tehran, the Americans can do without capturing just one province of Khuzestan that is critical for Iran. Coincidentally, about 80% of the oil reserves of the Islamic Republic are concentrated in this region, with the predominant Arab population. The loss of Khuzestan will mean the imminent collapse of Iran economics. Knowing this, Tehran will fight for its oil fields to the last, that is, the issue price for Washington will be very high.

Will Donald Trump do something similar during his election campaign? Hardly.

Now the first move is right for Tehran. Iranians cannot reach the USA directly, but they have a set of means in their arsenal that can cause big problems to the Americans in their region. For example, missile strikes and UAV attacks can fall on Pentagon infrastructure in Iraq, Syria, Saudi Arabia, Qatar, and Bahrain. Iranians can attack US military bases in Iraq, oil refineries and oil fields in Saudi Arabia, tankers in the Strait of Hormuz, etc. Finally, this very channel can be blocked, which will create a global energy crisis.

However, it should be understood that such actions by Tehran will force Trump to a tougher response, up to the operation against Khuzestan, which we spoke about above. Will the Iranian authorities do something similar in memory of General Suleymani? With all due respect to him, hardly.

More likely look through proxy hits. Yemeni Hussites may begin to attack American and Saudi tankers, Saudi oil infrastructure. Pro-Iranian Shiite groups in Iraq are able to “set fire to the ground” under the feet of the US military, and at the official level, Baghdad can achieve the withdrawal of US troops from its territory. Some hackers are able to launch cyber attacks on the United States.

Neither Trump nor Tehran needs a real war today.
Ctrl Enter
Noticed oshЫbku Highlight text and press. Ctrl + Enter
We are
Ukraine from the inside: traitors, curators and those who watch from the Kremlin
Ten "defeats" of Putin
Reporterin Yandex News
Read Reporterin Google News
10 comments
Information
Dear reader, to leave comments on the publication, you must sign in.