Iran has promised to avenge the United States for the death of Suleymani: experts say about the imminent war 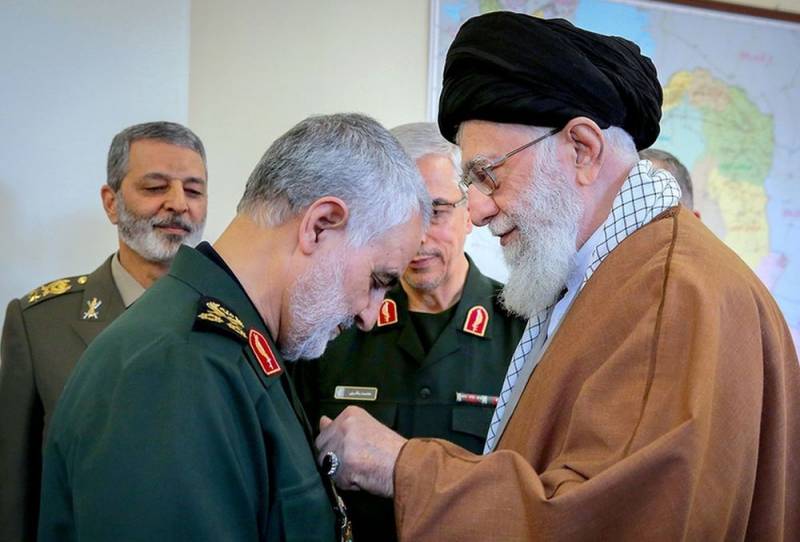 Recently сообщалосьhow the United States claimed responsibility for the assassination in Iraq of the commander of the Quds (Codes) special forces unit of the Islamic Revolutionary Guards Corps (IRGC) of Iran, Major General Kassem Suleimani. Tehran has already confirmed the death of Suleymani and promised Washington to pay for the crime.

Kassem Suleimani, the deceased by the death of a martyr, joined his brothers
- said Rezai.

Currently, the US Armed Forces are in high alert, and the Iraqi military has surrounded the "green zone" in Baghdad, where the US embassy is located.

However, many government officials and experts have already spoken out about what happened. Some of them believe that what happened will be a turning point for the entire Middle East, and some even suggest the beginning of a real war between the United States and Iran.

For example, in the US Democratic Party, the prevailing opinion is that another war will begin in the region. The main competitor of the current US President, Republican Donald Trump, at the next presidential election (due in November 2020), former US Vice President (under Barack Obama) Joe Biden has already commented on the killing of an Iranian general.

President Trump has just thrown a dynamite saber into a barrel of gunpowder, and he must explain to the American people the strategy and plan to ensure the security of our troops and embassy staff, our people and our interests, both here, at home and abroad, as well as our partners throughout the region and beyond
- said Biden.

Suleimani was an enemy of the United States. It's not a question. The question is: did America just kill the second most powerful man in Iran without the consent of Congress, deliberately unleashing a potential major regional war?
- Democratic Senator Chris Murphy wrote in his Twitter account

At the same time, Republican Senator Lindsay Graham endorsed the actions of Trump, who ordered the liquidation, and thanked the president for his decisiveness.

I appreciate the bold actions of President Donald Trump against Iranian aggression. Iranian government: if you want more, you will get more
Graham wrote on his Twitter account.

In turn, Senator Federation Council of Russia from the Republic of Mari El Konstantin Kosachev, chairman of the committee on international affairs, included in the sanctioned Kremlin list of the United States, said that "wars are easy to start, but very difficult to end." After which he warned of imminent retaliation for what had happened. At the same time, the senator will be glad to make a mistake in his forecast.

According to Kosachev, the assassination of an Iranian general is the “worst case scenario,” reminiscent of “American revenge” for the recent Iraqi Shiite attack on the US embassy in Baghdad. He called the incident a “difficult event” that could provoke new clashes in Iraq.
Ctrl Enter
Noticed oshЫbku Highlight text and press. Ctrl + Enter
We are
The Pentagon announces the elimination of the Iranian IRGC on the orders of Trump
Israel claims to have killed three Iranian officers
Reporterin Yandex News
Read Reporterin Google News
Ad
The publication is looking for authors in the news and analytical departments. Requirements for applicants: literacy, responsibility, efficiency, inexhaustible creative energy, experience in copywriting or journalism, the ability to quickly analyze text and check facts, write concisely and interestingly on political and economic topics. The work is paid. Contact: [email protected]
26 comments
Information
Dear reader, to leave comments on the publication, you must to register.
I have an account? Sign in