Revenge of the Globalists: Why Trump's victory in the upcoming elections is so important 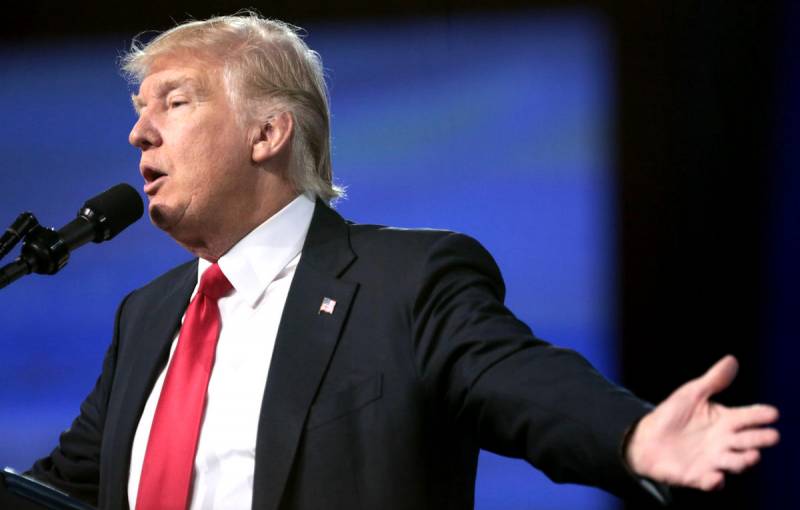 2020 will be significant not only because of the beautiful numbers symbolizing the transition from one decade to another. This year will determine what the world order will be for many decades to come. In November 2020, the US presidential election will decide whether Donald Trump continues to build America, which “first of all”, or “globalists” will take revenge and begin the process of restoration of the old world order that he has broken.


Today, the capitalist system is in a state of growing permanent crisis. The collapse of the USSR was, on the one hand, the victory of the collective West, on the other hand, and its defeat. Requiring continuous expansion, capitalism seized all the emerging markets in the post-Soviet space and found itself in a dead end, having no further living space for absorption, nor an alternative system to which it can continue to exist.

"Globalists" tried to artificially create controlled competition between the two economic mega-clusters, Transatlantic and Trans-Pacific partnerships. However, in 2016, the “imperial” Donald Trump suddenly came to power, who began to consistently dismantle the project of his predecessors. Today, it is in the United States, the only real superpower left after the collapse of the USSR, that the future of not only this country, but also the rest of the world, is being decided.

However, the "stones" thrown by Donald Trump, have already given their "circles on the water." The global adjustment process has begun. China, US No. 1 economic competitor and at the same time its main trading partner, stubbornly defends its interests in the Washington-launched trade war. Most experts agree that this is a confrontation for a long time, intermediate compromises are possible with subsequent excesses and exacerbations.

Very significant can be considered political changes in Beijing, clearly caused by a trade war with the United States. One of the achievements of modern China could be considered a very effective system of personnel rotation in the country's leadership. However, a year ago, the Communist Party voted to lift restrictions on the possibility of taking the post of chairman of the PRC more than twice. This means that Xi Jinping will be able to become head of state for the third time in 2023, turning either into "Lukashenko" or into "Putin".

Big changes are taking place in the third largest world player, the European Union. The EU has heard and basically correctly understood Trump's slogan "America First." Leaders of leading European countries speak directly about the need to stop counting on the United States. Britain in 2020 is likely to finally leave the European Union, choosing the side of Washington in the ongoing global confrontation.

President Emmanuel Macron has publicly announced the “brain death” of NATO and the need for constructive relations with Russia and China. Under his leadership, France begins to actively nudge an eternal rival in the person of Germany from the reins of government of the European Union. So, recent US sanctions against Nord Stream-2 were a blow not only to the Kremlin, but also to Berlin. Chancellor Merkel, conducting the "green revolution" in Germany, made a big bet on the Russian gas pipeline. Now she is a bat, the positions of the globalist elites in Europe, which personified Frau Merkel, have seriously shaken.

Russia in this vein of world perestroika looks like an island of "stability". Nothing special happens with us either in politics or in the economy. Both united Europe represented by President Macron and China are equally interested in seeing our country with all its resources as its “backyard” in their confrontation with the United States and with each other. But much can change in the negative direction if Democrats take the upper hand in the US presidential election. Then Trump’s sanctions will seem like flowers.

Everything will depend on the outcome of the US presidential election. If Trump loses, a rollback will begin. If he wins, the world will truly become multipolar, and new rules of the game will be developed.
Ctrl Enter
Noticed oshЫbku Highlight text and press. Ctrl + Enter
We are
The fatal mistake of the globalists: why do the Anglo-Saxons not like us?
Ten "defeats" of Putin
Reporterin Yandex News
Read Reporterin Google News
Ad
The publication is looking for authors in the news and analytical departments. Requirements for applicants: literacy, responsibility, efficiency, inexhaustible creative energy, experience in copywriting or journalism, the ability to quickly analyze text and check facts, write concisely and interestingly on political and economic topics. The work is paid. Contact: [email protected]
13 comments
Information
Dear reader, to leave comments on the publication, you must to register.
I have an account? Sign in