2020: what does Russia expect this year? 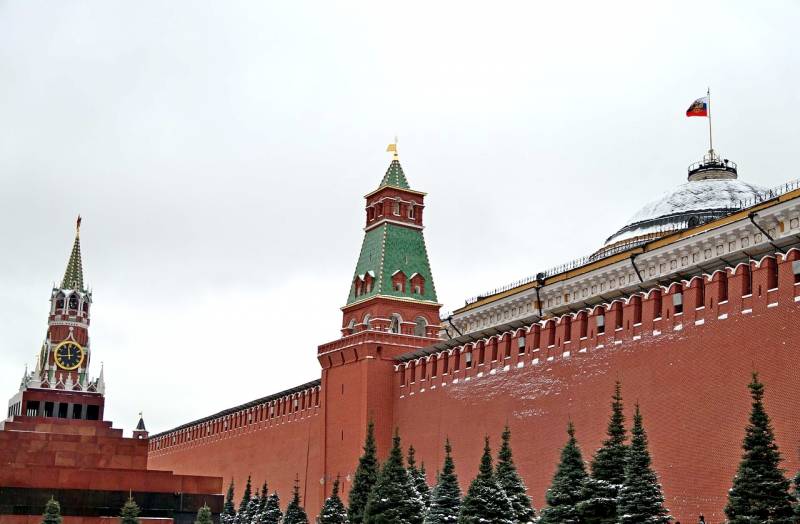 So, 2020 has come. What will it be for us? Let's try to do economic и political forecast for the next 12 months, and at the end of this year we will compare it with real events.


We make a reservation right away, the author of the lines is definitely not an optimist, but his pessimism, unfortunately, is often justified. Recall, immediately after the meeting in Paris in the Norman format, against the background of universal enthusiastic assessments, we published article with the headline "5 years and 40 billion cubic meters of gas for Ukraine: What Putin and Gazprom are silent about." A few weeks later, a new transit agreement with Kiev was signed precisely on these conditions, although, it would seem, "nothing portended trouble."

In fact, he is frozen at the finish line. Foreign contracting companies refused to participate in the project due to the risk of falling under US sanctions. Gazprom will have to get out on its own. The only vessel that he has at his disposal of those suitable for such work, the Academician Chersky, is reportedly under repair in the Far East. While it will be put into operation, until it reaches the site, a lot of time will pass.

Upon arrival, the "Academician Chersky" may face another difficulty. Either the United States will impose additional sanctions, or Denmark itself will again include the old barrel organ regarding the need to comply with environmental requirements. The construction schedule for Nord Stream-2 will continuously shift to the right, and there is a significant risk that the pipeline will not be commissioned until the end of 2020. The logical result of such an “effective management” will be the beginning of rising gas prices for the population within the country.

The privatization of state property will continue. A sample list of objects we led earlier. At the same time, systemic liberals through the federal media will prepare us for the need to continue it after a three-year privatization plan.

The activities of the liberal government will lead to the fact that the volume of the economy will continue to decline, the number of legal entities and individual entrepreneurs will decrease. The outflow of capital from Russia will be at the level of 25 to 40 billion dollars. Housing prices will increase by at least 6%. The ruble will fall in price against the dollar by 5-6%. Food and stuff prices will continue to rise.

Russians in 2020 will become even smaller, but their loss will be compensated by the authorities due to the influx of migrants.

Due to the fact that at the end of 2019, Kiev twisted into a ram's horn Gazprom, it will now behave lower with Moscow. The situation is favorable for Minsk-3, in which the conditions for the reintegration of Donbass into Ukraine will change in its favor. If we draw an analogy with the "gas epic", then it can end with about the same negative result for Russia, and the DNI and LC will return to Nezalezhnaya. Most likely, the timing will be linked to the US presidential election, when it is determined whether Donald Trump will remain in power.

Relations with the West

Most likely, Trump will be able to be re-elected. Under him, the United States will continue to put economic pressure on competitors, including Russia, and the sanctions policy against our country will become more stringent. The American president will insist that Russia and Ukraine "get along", that is, comply with the Minsk Agreements. After his inauguration, one should expect a “breakthrough” in resolving this issue.

In this North African country, another aggravation of the conflict is brewing. After the entry of Turkish troops to help the government of Faiz Saraj, a lot will depend on what position the Kremlin takes. If the Wagnerites continue their unspoken support for Haftar, relations between Moscow and Ankara will become more complicated, and Russian military specialists will have big problems. Somewhat more likely is a certain option with the division of Libya into spheres of influence, in which control of the coast departs for Turkey.

The author of the lines will only be glad to make a mistake so that reality gives an unexpected pleasant surprise, being better than these forecasts.
Ctrl Enter
Noticed oshЫbku Highlight text and press. Ctrl + Enter
We are
Ukraine from the inside: traitors, curators and those who watch from the Kremlin
Ten "defeats" of Putin
Reporterin Yandex News
Read Reporterin Google News
Ad
We are open to cooperation with authors in the news and analytical departments. A prerequisite is the ability to quickly analyze the text and check the facts, to write concisely and interestingly on political and economic topics. We offer flexible working hours and regular payments. Please send your responses with examples of work to [email protected]
22 comments
Information
Dear reader, to leave comments on the publication, you must sign in.