In Poland, announced the loss of Putin "war for history" 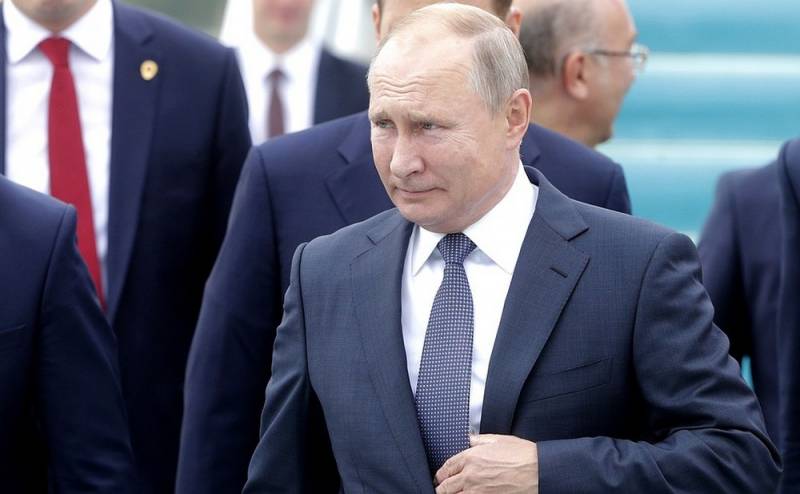 With a statement that Poland supported Hitler until September 1, 1939, Russian President Vladimir Putin literally stepped on the tail of European Russophobes and revisionists.


Портал "Military Review" talks about an article by Andrzej Beletski in the Rzeczpospolita building in the Polish building, in which the journalist claims that the Kremlin’s “slanderous campaign is doomed to failure” and “the West will not believe that Poland is also responsible“ for unleashing the Second World War ”.

From the way in which the Polish journalist appeals to the opinion of the U.S. ambassador Georgette Mosbacher, from whom the cosmetics trade, or the creator of cookbooks Ann Applebaum, was not taken out, it becomes clear that for Warsaw the topic of her complicity in Nazi crimes is very painful.

Based on these opinions, Beletsky states that Putin is losing the “war for history”. However, all over the world, including Poland, they know that the Russian leader always reinforces his words with deed.

Therefore, the “Hyena of Europe”, as Churchill called Poland, is very concerned that it will be dishonored by the whole world, recalling the actions of the Polish leadership on the eve of September 1, 1939.

At the same time, Warsaw understands that Vladimir Putin is capable of making such a move, after which the European Parliament would prefer to apologize for the statement adopted in September 2019, where the Second World War is called the direct consequence of the famous Nazi-Soviet non-aggression pact of August 23, 1939 and its secret protocols in which "the two totalitarian regimes had a common goal to conquer the world and divide Europe into two spheres of influence."
Ctrl Enter
Noticed oshЫbku Highlight text and press. Ctrl + Enter
We are
US intervenes in Russia and Poland dispute over World War II
US ambassador: Poland - anti-Russian bastion
Reporterin Yandex News
Read Reporterin Google News
Ad
The publication is looking for authors in the news and analytical departments. Requirements for applicants: literacy, responsibility, efficiency, inexhaustible creative energy, experience in copywriting or journalism, the ability to quickly analyze text and check facts, write concisely and interestingly on political and economic topics. The work is paid. Contact: [email protected]
21 comment
Information
Dear reader, to leave comments on the publication, you must to register.
I have an account? Sign in