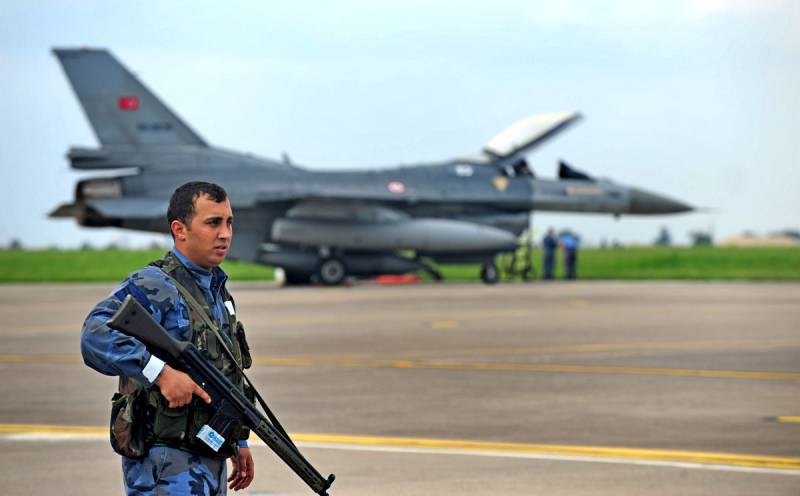 As early as January 2, 2020, it will become clear whether Turkey will officially enter the Libyan war. On this day, the country's Parliament must agree to President Erdogan to send troops to help official Tripoli. Meanwhile, there were reports of the transfer of Ankara to Libya by the Syrian militants. The likelihood of a clash with the Russian Wagnerites, who reportedly support Field Marshal Haftar’s offensive, sharply increased.


Together, this resembles a mirror image of the situation in the SAR, but Ankara and Moscow have exchanged places in it. However, in Libya, the situation is much more serious: it includes many more countries, including NATO, some of which are on opposite sides of the conflict. And behind all this is the gas issue and the dark shadow of the United States.

The other day we are in detail considered current situation in Libya. The once prosperous North African state after the NATO aggression in 2011 is now split into separate tribal territories and policies that are constantly at war with each other. The government of Faiz Saraj, officially recognized by the international community, is located in the capital of Tripoli, but it really controls almost nothing. The Libyan National Army (LNA) of Khalifa Haftar, subordinate to Parliament, has real power, but from the point of view of law its status is “rebellious”.

Tripoli is actively supported by Turkey and Qatar, as well as the former metropolis of Italy. Behind Haftar are Egypt, the UAE and, according to Rome, France. That is, at least two European countries that are members of NATO were on opposite sides of the barricades. The situation of Russia is also very ambivalent. Moscow officially recognizes the Saraj government, but also warmly welcomed Field Marshal Haftar, and, according to available information, on the side of the VLA, Russian military specialists were spotted, which are generally called “Wagnerites”.

Currently, the situation is frozen in precarious balance. Haftar's offensive impulse verse, there are positional battles, about which we are in detail told earlier. Not wanting to go into the embrasure in urban battles, the parties to the conflict very widely use UAVs: Tripoli receives drones from Turkey, and LNA from the UAE. Everything can change the entry into the war of a full-fledged Turkish army, which has heavy weapons and is supported by aviation.

The key question is, why does Ankara need this? Turkey does not have a common border with Libya; there is no existential threat from the Kurds. In fact, there may be several reasons.

At first, let's not forget that Libya was once part of the Ottoman Empire, and now in Turkey neo-Ottoman sentiments are very strong. Ankara is clearly not averse to restoring its own order in the former North African colony.

SecondlyLibya is very rich in hydrocarbons and conveniently located for their export. If the military support of Tripoli is successful and the Turks will be able to take control of the oil fields, Ankara is clearly not bad with this "break off".

Thirdlypreviously we toldthat in the Mediterranean a complex tangle of gas interests of different countries is twisted. Israel, the UAE, Egypt and Greek Cyprus are promoting the EastMed gas pipeline, due to compete with TANAP and the Turkish Stream, which Ankara has placed.

Having sided with Tripoli, Erdogan will threaten an alternative project in the Mediterranean region. Turkish "proxies" have already appeared in Libya, Misurata is turning into a naval base. The experience of the war in Yemen showed how “unknown forces” very effectively delivered a combined strike of UAVs and cruise missiles at Saudi refineries and oil fields. No less a headache for Russia is the constant attacks of some terrorists at the Khmeimim airbase in Syria. In other words, the scope for action against competitors is great.

However, with all the apparent benefits, the “Libyan adventure” may end badly for President Erdogan. It should be borne in mind that there is no common border between these countries. To supply a serious military contingent by air is problematic. By sea it is possible, but it should be remembered that Turkey will cross the road for very serious players, for example, Israel, which is behind Washington, Egypt and France, the third most powerful country in NATO.

The role of the United States is worth mentioning separately. Now active being discussed their pressure on Nord Stream 2. But on the Russian project, everything may not be limited. American corporations have invested heavily in the “shale revolution”, which must be repelled. There are two real markets for LNG - Asia and Europe. The challenge for Washington is to squeeze its maximum share out of them, while not allowing it to seriously drop the price of gas. The United States stopped Nord Stream-2 for an indefinitely long time, now the southern direction is in turn. Not only Turkish Stream is under threat, but also TANAP and EastMed.

We will call a spade a spade: for Americans it is now beneficial to push all the participants in the gas projects of the Mediterranean region in a war, direct or indirect, which would call into question the implementation and effective operation of pipelines, exacerbate the existing problems of the countries participating in the conflict and create new ones for them. "Divide and rule".
Ctrl Enter
Noticed oshЫbku Highlight text and press. Ctrl + Enter
We are
Blitzkrieg failure or strategic victory: Why didn't Haftar take Tripoli?
Who is behind the field trip of Field Marshal Haftar to Tripoli?
Reporterin Yandex News
Read Reporterin Google News
Ad
The publication is looking for authors in the news and analytical departments. Requirements for applicants: literacy, responsibility, efficiency, inexhaustible creative energy, experience in copywriting or journalism, the ability to quickly analyze text and check facts, write concisely and interestingly on political and economic topics. The work is paid. Contact: [email protected]
5 comments
Information
Dear reader, to leave comments on the publication, you must to register.
I have an account? Sign in