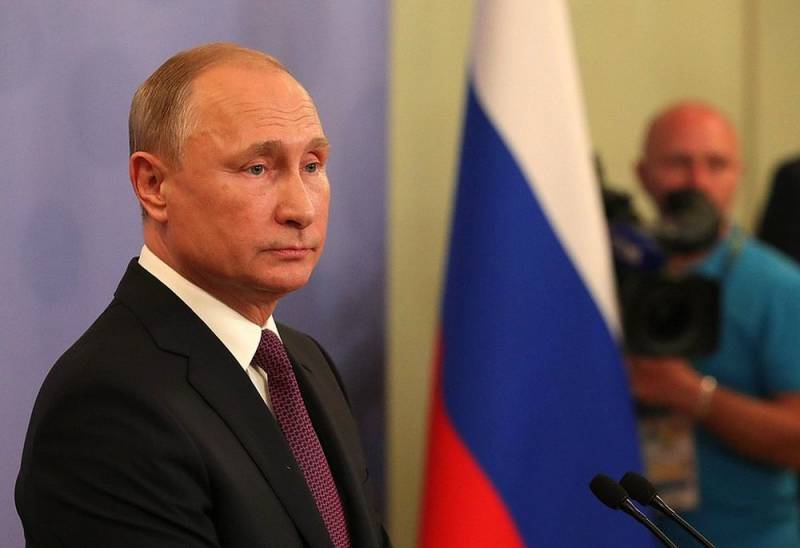 Recently we Reportedas leading Western media began to analyze the activities of Russian President Vladimir Putin over the past two decades, describing his achievements. Therefore, it is not surprising that the famous Swiss television journalist Darius Roshben, who interviewed the Russian leader in 2016, also expressed his opinion about Putin.


The journalist believes that Putin conquers his interlocutors with his intellect and free manner of communication. That's what Roshben put it in the framework of the project RIA News, which is dedicated to the 20th anniversary of Putin’s stay at the head of the Russian state. By the way, the project is a series of interviews with various famous people who know Putin well or have been in contact with him for some time.

I was struck by the very sharp intellect of Vladimir Putin and also his irony. During the interview and without a camera, he enjoys joking with pleasure
- said Rushben.

I noted the freedom of tone of his conversation. The heads of the western states and the leaders of the western countries with whom I speak often seem to be afraid of something (not to be re-elected, to say unnecessary, irritating public opinion). He, on the contrary, seems very free and self-controlling. This is undoubtedly also the result of his political longevity and his concept of power
- added Rushben.

In turn, the former Italian Foreign Minister and former European Commission President Franco Frattini believes that the secret of Putin’s political longevity lies in his ability to tell people the truth. That is, Putin is telling the truth, even if it can be unpleasant. At the same time, Frattini ranked Putin among the few world leaders who value and maintain personal friendship. Therefore, Frattini gladly shared his impressions and memories.

We are in Yandex Zen
It's important
2
"Could not integrate": Pozner spoke about young people who are bored in the USSR
US State Department: Venezuelan Civil War Scenario Ready
Reporterin Yandex News
Read Reporterin Google News
12 comments
Information