In Ukraine, presented a line of superheavy rockets 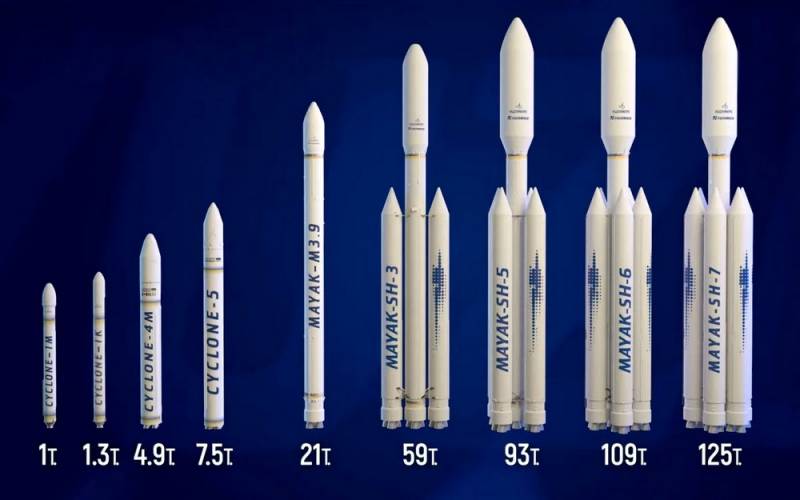 The South Design Bureau of Ukraine reported on the beginning of the creation of project documentation for the Mayak range of superheavy rockets.


The line is created on the basis of the principle of unification, which, according to the assurances of the designers, will allow the creation of various modifications of these missiles, which will differ from each other in the mass of the payload being put into orbit.

Therefore, it is very premature to expect that in today's Ukraine the project of super-heavy missiles will be quickly implemented and whether it will be implemented at all.

However, such high-profile statements allow the director of the Yuzhnoye Joint-Stock Commercial Bank, Alexander Degtyarev, to write himself a bonus of 608 thousand hryvnias and take fifth place in the ranking of the highest paid officials.

Recall that in 2016 Degtyarev was dismissed on the recommendation of the Financial Supervision Authority in connection with a violation of financial legislation, but later reinstated by court decision.
Ctrl Enter
Noticed oshЫbku Highlight text and press. Ctrl + Enter
We are
Nord Stream 2 was 93% ready
Heavy "Angara-A5В" will be able to put into orbit the newest ship "Federation"
Reporterin Yandex News
Read Reporterin Google News
25 comments
Information
Dear reader, to leave comments on the publication, you must sign in.