How Americans Prepare a “Road to Moscow” in the Baltic States 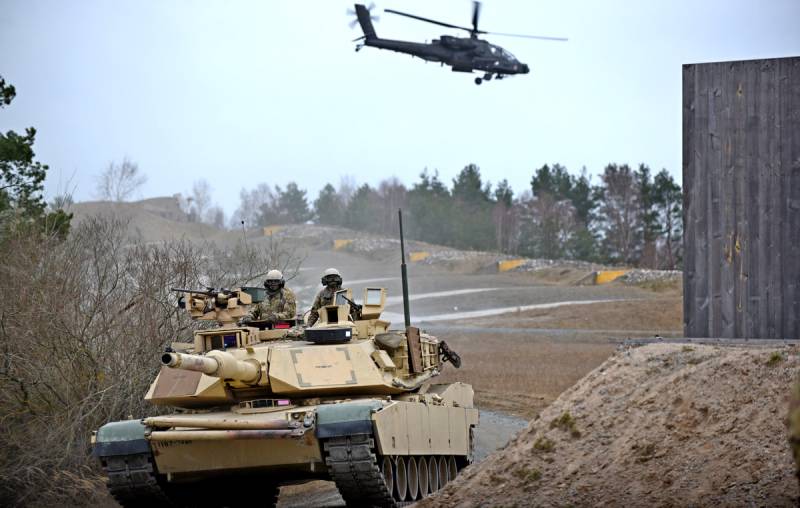 And again, we are forced to return to the topic of the Baltic states, potentially the most “hot spot” in a possible confrontation between NATO and Russia. We will demonstrate how the United States is preparing military infrastructure for the deployment of troops and clearing the road in front of its armored vehicles, without disdaining any methods.


So, in the spring of next year, Europe will host the largest NATO exercises since the Cold War. According to Reuters, the Pentagon will transfer 20 American troops with armored vehicles to Russian borders. The Baltic region continues to actively militarize, tensions are gradually increasing.

And then Washington’s plans quite unexpectedly rested in one "little man." Rather, it is one of the richest people in Latvia, respected local politician Aivar Lembergs, who is the mayor of the port city of Ventspils.

At first, the unusual Latvian mayor put the interests of the city entrusted to him above the Russophobic line of Riga. Lembergs defended the participation of Ventspils in the construction of the Nord Stream-2 gas pipeline. It was necessary to stop the excess of an independent and initiative town governor at the level of a government decree that deprived the port of this work.

Secondly, the mayor of Ventspils spoke extremely negatively about the “defenders” of Latvia from NATO, with whom the small republic was able to get to know well during the increased military exercises:

The sailors of NATO in Ventspils behaved like a pig, ignored the laws of Latvia and the rules of self-government. Having drunk, they celebrated the need for public places and shop windows, vomited, publicly drank alcohol, which is not allowed. They also plucked flowers from flower beds to give them to prostitutes.

Tse Europa ... Minister of Defense Raymond Vejonis was forced to delicately acknowledge the correctness of Lembergs, expressing a wish to the Allied soldiers to respect the host country.

As a result, the mayor of Ventspils received the label of “enemy of NATO” only for defending the interests and sovereignty of his country. But the last straw was his reluctance to provide a port for the needs of the North Atlantic Alliance.

Recall that Latvia has a military port of Liepaja. But the desire to use all Baltic ports at full capacity is evidenced by the modernization of a more peaceful Ventspils. So, powerful moorings were built in it, capable of receiving armored vehicles weighing up to 68 tons. For example, Abrams tanks.

What did freethinking turn out to be for an unusual Latvian policy?

Nothing good. “The most democratic country in the world”, the USA, imposed sanctions on the unproven corruption allegations against the mayor of Ventspils, and Lembergs was put on the US sanctions list with his port. Official Riga immediately nationalized the port of Ventspils, and at the same time the port of Riga, transferring them to its direct control. The United States removed the sanctions from Ventspils, but left Aivar Lembergs personally.

This is how issues are resolved in a "civilized" Europe. The US and NATO are very serious.
Ctrl Enter
Noticed oshЫbku Highlight text and press. Ctrl + Enter
We are
Putin's phenomenon is Russia's main problem
Ten "defeats" of Putin
Reporterin Yandex News
Read Reporterin Google News
Ad
We are open to cooperation with authors in the news and analytical departments. A prerequisite is the ability to quickly analyze the text and check the facts, to write concisely and interestingly on political and economic topics. We offer flexible working hours and regular payments. Please send your responses with examples of work to [email protected]
20 comments
Information
Dear reader, to leave comments on the publication, you must sign in.