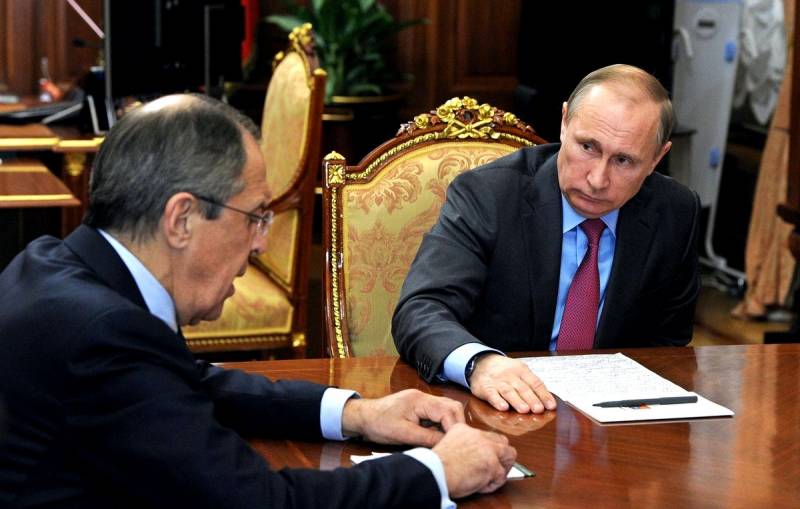 In recent years, we have been told a lot about how confidently we “rose from our knees”, cleverly replaying everyone and winning at “distant approaches”. Both professional propagandists and their voluntary assistants are engaged in this. But from time to time, events occur that break the imposed patterns and disperse the "hassle".


From the recent one, remember how the media and popular bloggers covered the Normandy format meeting in Paris? If you believe them, in the "geopolitical judo" Ukraine was defeated and "put in place." A week and a half later, Gazprom agreed to a new transit agreement for 5 years for Kiev, an increase in transit payments and the payment of the fine awarded by the Stockholm arbitration. On the eve of the monopolist paid it, and, taking into account the penalty, the amount from $ 2,6 billion rose to 2,9. A drop in the ocean for some ...

And what did they tell us about Nord Stream-2, which supposedly cannot be stopped already? President Donald Trump signed the defense budget, which provided for sanctions against Russian gas pipelines, and the European contractor immediately quit his job. If the pipeline is completed on its own, the launch of Nord Stream-2 is postponed until the end of 2020, and this is in the best case.

These unpleasant examples clearly demonstrate the break in the pattern of the "former" superpower "rising from its knees". Unfortunately, we are more likely to "half eat."

The question is, what's next? Continue to keep a good face in a bad game, while specially trained people explain the next "multi-way" to the population, or, finally, accept the reality, as it is, without pink glasses, "grow up" and begin to act accordingly?

Yes, you can soberly assess the current situation in the economyexternal policy, science and education, astronautics, defense and, finally, begin to clean them from amateurs, to carry out systemic reforms. You can diversify the economy, restore the industry, make it more competitive due to cheaper electricity. Why in Germany, for example, the "green revolution" and inexpensive "blue fuel" in large quantities are needed, but we do not? For example, the gas that Gazprom now forcibly forgets Europeans for dollars can be burned in Russia, producing environmentally friendly kilowatts for its own enterprises and population.

You can do this and much more. The industrialization of Russia and the withdrawal of our international reserves from the economies of Western countries would be the best response to American and European sanctions. But, apparently, we will continue to "roll around." The Russian Foreign Ministry prepared Washington’s “sanctions from hell”, and here’s what they look like, according to Ministry spokesman Sergei Ryabkov:

The answer will be found, it can be in the form of expanding our stop lists for entering Russia ... Those people who were most active in promoting this particular decision of the administration and other sanctions initiatives, and there are many of them, more than a dozen different kinds of projects are circulating in Congress ... But they will learn about this, apparently, at the moment when they will request an appropriate visa.

Yes, they punished so punished. Today, there is not enough Russian diplomacy, since Moscow cannot really give a tough answer, because it will be a “shot in the foot”. This situation eloquently testifies to the true level of our country's dependence on the West. “Those people who were most active in promoting this particular decision of the administration” have never been to Russia and are unlikely to ever come to us. Therefore, the sanctions measures of our Foreign Ministry are like a dead poultice.

But then it will only get worse. Obviously, the following sanctions will be directed against the Kremlin’s European partners, and this is a much more serious threat. The choice between Russia and the United States for Europe is quite obvious. Despite this, some fundamental changes in our country have not yet been observed.
Ctrl Enter
Noticed oshЫbku Highlight text and press. Ctrl + Enter
We are
Wars on distant approaches: Russia has already begun to act
Ten "defeats" of Putin
Reporterin Yandex News
Read Reporterin Google News
24 comments
Information
Dear reader, to leave comments on the publication, you must sign in.