Novak said which ship will complete the "Nord Stream-2" 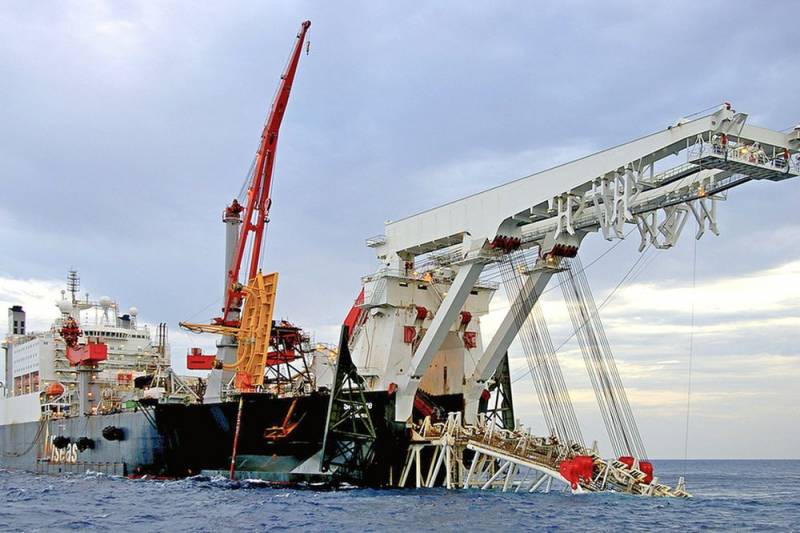 Recently сообщалосьthat Russia has its own pipe-laying vessels to complete the construction of the Nord Stream-2 gas pipeline, which is already 93% ready. At the same time, Russian Deputy Prime Minister Dmitry Kozak said then that Nord Stream-2 would be completed in the first half of 2020. And so, on December 27, 2019, the head of the Ministry of Energy of Russia, Alexander Novak, informed the public that Nord Stream-2 would be commissioned (launched) by the end of 2020.


The head of the department said that the specified gas pipeline could be completed by the Akademik Chersky pipe-laying vessel (operated by Gazprom Fleet LLC), which is now located in the port of Nakhodka (Primorsky Territory). However, he needs additional preparation for work in the Baltic and time for the transition to the opposite end of Eurasia.

Until the end of 2020, Nord Stream-2 will be launched. One option is the ship, which is now located in the Far East. But it will take some time for additional training
- said Novak.

We remind you that on December 20, 2019, Washington, worried about the "energy security of Europe", imposed sanctions against the "Russian flows" (Nord Stream-2 and Turkish Stream). At the same time, pipe-laying vessels of the Swiss-Dutch company Allseas, which was engaged in the laying of the Nord Stream-2 gas pipeline in the Baltic, stopped working.

It should be added that the construction of the second string (passing through Germany) of the EUGAL onshore gas pipeline (continuation of the Nord Stream-2 offshore gas pipeline) is also expected before the end of 2020.
Ctrl Enter
Noticed oshЫbku Highlight text and press. Ctrl + Enter
We are
Russia has its own pipe layers: options for completing the Nord Stream 2
US threatens to delay launch of Nord Stream-2 for a year
Reporterin Yandex News
Read Reporterin Google News
Ad
The publication is looking for authors in the news and analytical departments. Requirements for applicants: literacy, responsibility, efficiency, inexhaustible creative energy, experience in copywriting or journalism, the ability to quickly analyze text and check facts, write concisely and interestingly on political and economic topics. The work is paid. Contact: [email protected]
16 comments
Information
Dear reader, to leave comments on the publication, you must to register.
I have an account? Sign in