A year without accidents: why Roscosmos has nothing more to brag about 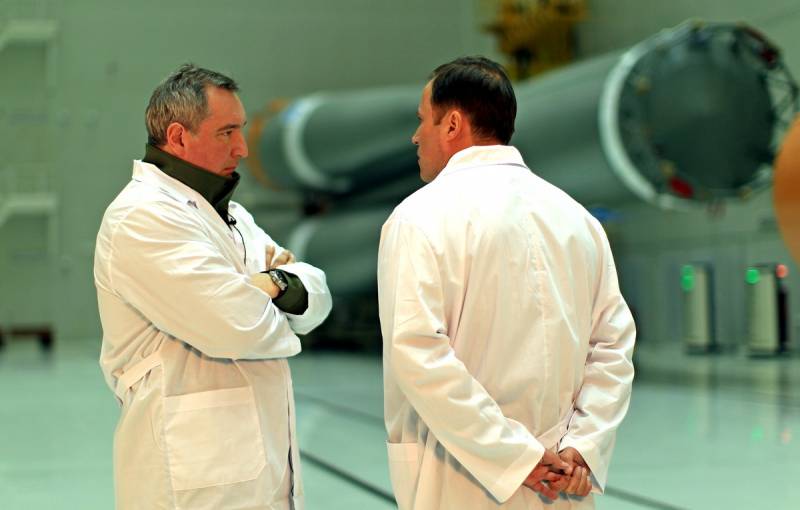 At the end of the year, it is customary to take stock. For the Russian cosmonautics, they, alas, are not very impressive. A year without accidents - that’s probably all, thanks to which the head of Roskosmos Dmitry Rogozin has the right to beat himself in the chest. In all other respects, the state corporation continues to “stagnate” while its competitors are striving forward.

Last year, Dmitry Olegovich promised President Putin to double the number of launches. So, in 2018 their number was 22, and by the end of 2019 all 45 were promised. The top manager said that the load was big, but “we can handle it”.

Did not manage. Vice Prime Minister Borisov pointed out to Rogozin that he had not fulfilled these promises:

Launcher programs are a little more than 50% complete.

Indeed, Roscosmos announces about 25 launches over the past year. Experts note that the state corporation slightly “painted” on its accounts, attributing to them 3 launches from the Kuru cosmodrome. Strictly speaking, after the sale of missiles, they became European, so Rogozin has no reason to write them down. The bottom line is only 22 launches, that is, as a year earlier.

It is interesting to see how the top manager lives up to his dubious achievements as a state corporation. The deadlines were disrupted, it turns out, through the fault of the United States, which imposed sanctions on the supply of necessary components for the production of spacecraft. Dmitry Olegovich complains:

Here the issue is not related to Roscosmos - there are no enterprises producing microelectronics in the perimeter of Roscosmos; they are located in other state corporations and in private ownership.

How is it that Russia no longer has its component base, and the former great space power is critically dependent on imported components? Did the Americans ruin it for us, or someone else?

Why are there no enterprises producing microelectronics in Roscosmos?

And the most seditious: is it really that finding such enterprises in the hands of private owners does not guarantee their effective work and timely execution of state orders? How is this possible within the framework of liberal economic mythology?

Next, let's talk about the moon. As you know, Russia "entered the lunar race" with the United States. Well, as I entered ... Recall, back in 2006, the former head of RSC Energia Nikolai Sevastyanov announced that we would finally visit the Moon in 2015, and in 2020 we would begin industrial development of the helium-3 isotope on it. In 2016, Dmitry Rogozin promised a Russian lunar base in 2030. In 2019, a top manager suggested placing a domestic base on the back of the earth’s satellite, its quietest and most secluded corner, without specifying the time frame.

Well, as for the specific steps, then everything is a little more complicated. Luna-25, the very first part of the Russian lunar program, was supposed to be launched back in 2014, but the start was postponed to 2016, and then to 2019. But now she was again transferred to 2 years, until 2021. Evil Languages ​​jokes that every 2 years, Roskosmos postpones the launch for 2 years.

On the problems of manned space exploration already it is said lots of. In the near future, the USA will immediately receive 2 large seven-seater spacecraft, which will leave our Soyuz practically without work.

The successes of Roscosmos

These include the launch of the Russian-German radio telescope Spectrum-X-ray-Gamma. This is a big and important event in the scientific world. However, it should be remembered that the launch almost led to a fiasco. we toldthat Roscosmos almost sent an observatory with discharged batteries, and the problem was miraculously discovered at the last moment.

As for accident-freeness over the past year, the following factors work for it: enhanced control and a general decrease in the number of launches.
Ctrl Enter
Noticed oshЫbku Highlight text and press. Ctrl + Enter
We are
Micro-rocket revolution: what will Russia answer?
TOP-7 safest passenger aircraft in the world
Reporterin Yandex News
Read Reporterin Google News
Ad
The publication is looking for authors in the news and analytical departments. Requirements for applicants: literacy, responsibility, efficiency, inexhaustible creative energy, experience in copywriting or journalism, the ability to quickly analyze text and check facts, write concisely and interestingly on political and economic topics. The work is paid. Contact: [email protected]
50 comments
Information
Dear reader, to leave comments on the publication, you must to register.
I have an account? Sign in