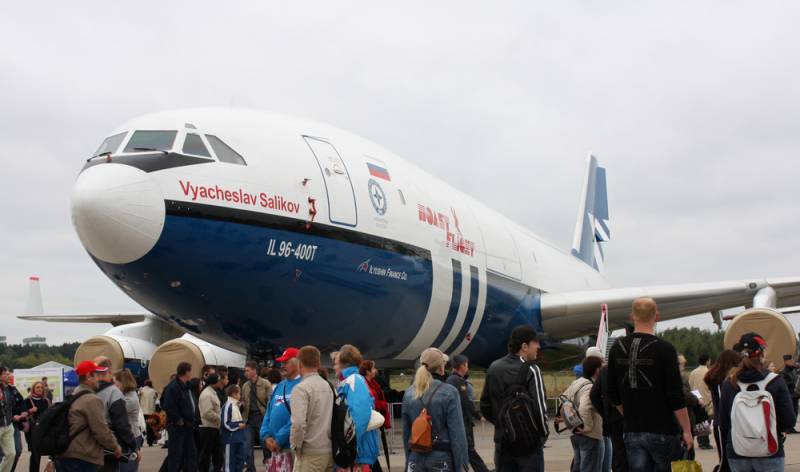 If you believe the statement by the head of the United Aircraft Corporation (UAC), Yuri Slyusar, then the coming 2020 will be the year of premier in the domestic aircraft industry.


In an interview with the TV channel "Russia 24" The head of the state-owned enterprise told which new products will rise in the Russian sky and what prospects the MS-21 passenger airliner expects.

For the first time, an Il-114 aircraft will be raised, a new aircraft that is produced in Tashkent, and for the first time its production has been mastered here in Russia. The first flight will be at the beginning of the year. The IL-96-400 plane, this is a deeply modernized IL-96, will also rise this year.

The head of the UAC also said that in 2020 MS-21 will be tested with the Russian PD-14 engine, which was certified in 2018, and in 2022 the corporation expects to receive a certificate for a plane on which a purely Russian engine will be installed.

For this, according to Slyusar, from mid-2020 will be conducted more than 400 test flights of this type of aircraft.

In addition, in 2020, the UAC plans to assemble about 20 aircraft and enter the production of 30 aircraft a year, and by 2025 the corporation plans to produce about 150 aircraft.
Ctrl Enter
Noticed oshЫbku Highlight text and press. Ctrl + Enter
We are
India prepares to assemble serial IL-114-300 with American engines
The modernized IL-114 is ideal for the conditions of India
Reporterin Yandex News
Read Reporterin Google News
Ad
The publication is looking for authors in the news and analytical departments. Requirements for applicants: literacy, responsibility, efficiency, inexhaustible creative energy, experience in copywriting or journalism, the ability to quickly analyze text and check facts, write concisely and interestingly on political and economic topics. The work is paid. Contact: [email protected]
12 comments
Information
Dear reader, to leave comments on the publication, you must to register.
I have an account? Sign in