Clash in Libya: what Russians and Turks did not divide in North Africa 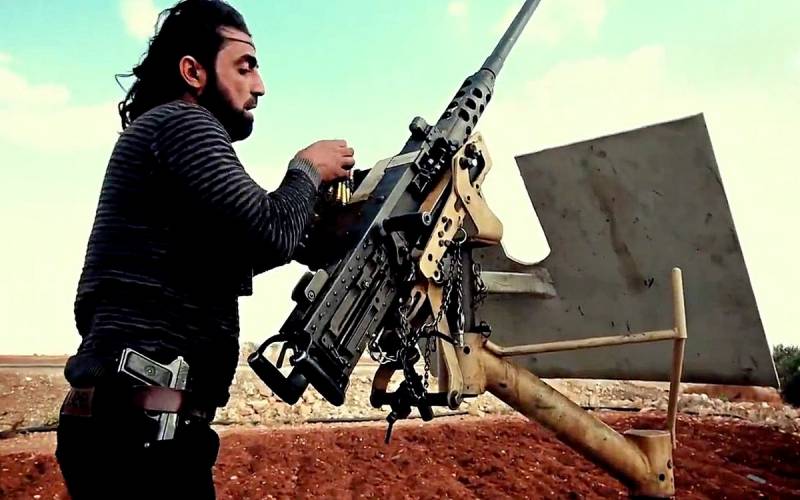 It seems that our warm "friendship" with Turkey will undergo another serious test in the near future. Moscow and Ankara may again indirectly collide with each other, but not in Syria, but in Libya. What did the Russians and Turks not divide among themselves in the north of Africa?


Recall that after NATO aggression, Libya is a "patchwork" of city-states and tribal unions waging a continuous civil war among themselves. Only a decisive victory of one of the parties can put an end to it. There are two major players on the map: Faiz Saraj’s Government of National Accord (PNC), recognized by the United Nations and based in Tripoli, and the country's Parliament, which is subordinated to the Libyan National Army (LNA), led by Field Marshal Khalifa Haftar. Last spring, Haftar’s troops launched an unexpected march to Tripoli in order to take control of the capital, but got stuck under its walls.

The situation is exacerbated by the fact that both sides of the conflict have strong external players. So, the patrons of the PNS are Turkey and Qatar, the LNA - Egypt, the UAE and, according to rumors, France. The Kremlin’s position is very complicated. On the one hand, Russia officially recognizes the legitimacy of the power of the Saraj government, on the other hand, Field Marshal Haftar was warmly welcomed in Moscow as a respected guest at the level of the head of the defense department, where Putin’s cook, oligarch Evgeny Prigozhin, who is considered the “godfather” of PMCs, was also present Wagner. " That on the side of Haftar under the walls of Tripoli, most likely, Russian military experts are fighting, we told earlier.

Field Marshal's Blitzkrieg failed, war acquired a viscous positional character. And now everything can change dramatically. The Turkish President Recep Erdogan announced his readiness to send troops to Libya to help the PNS. A decision can be made early next year. The Saraj government has already asked Ankara for military assistance. It turns out the situation is mirror Syrian, when the Turks will act on the basis of the mandate of the official authorities of Libya, and the Russians - as a "shadow". The clash of Turkish special forces with the support of heavy weapons and aircraft does not bode well for the Wagnerites in such a remote theater.

But why did Ankara decide to aggravate right now? Is it really just a matter of wanting to expose the Kremlin from the territory of the former Ottoman Empire?

Apparently, the point is still not in Russia. As you know, today Turkey is experiencing serious economic Problems. Ankara has high hopes for energy projects, intending to become a major gas hub. To this end, she gave the go-ahead to the Turkish Stream and the TANAP gas pipeline. However, now in the Mediterranean region a serious competitor has emerged - the EastMed gas pipeline. According to recent reports, this pipeline will still be built jointly by Israel, Greece and Cyprus. One of the suppliers of resources for the gas pipeline could be Egypt with its Zorh field.

In general, Cairo’s plans to turn its country into a regional gas hub have long been known. But nearby there is Turkey with exactly the same ambitions and appetites for a share in the European gas market. In this context, Ankara will fight not so much against Russia in Libya as indirectly against its direct competitors for gas projects in the Mediterranean. The introduction of the Turkish military contingent in the north of Africa, the beginning of active hostilities, the opening of military bases - all this will be a threat, first of all, to Egypt, Israel and the Greek part of Cyprus.

The Kremlin will have a choice: continue tacit support for Haftar with uncertain prospects or divide Libya into spheres of influence with Turkey and step aside, watching others fight among themselves. In a certain sense, Ankara’s fight against EastMed in the European market is beneficial for Gazprom.
Ctrl Enter
Noticed oshЫbku Highlight text and press. Ctrl + Enter
We are
Blitzkrieg failure or strategic victory: Why didn't Haftar take Tripoli?
Ten "defeats" of Putin
Reporterin Yandex News
Read Reporterin Google News
13 comments
Information
Dear reader, to leave comments on the publication, you must sign in.