In Russia, they are ready to build their own pipe layer, but only after 5-6 years 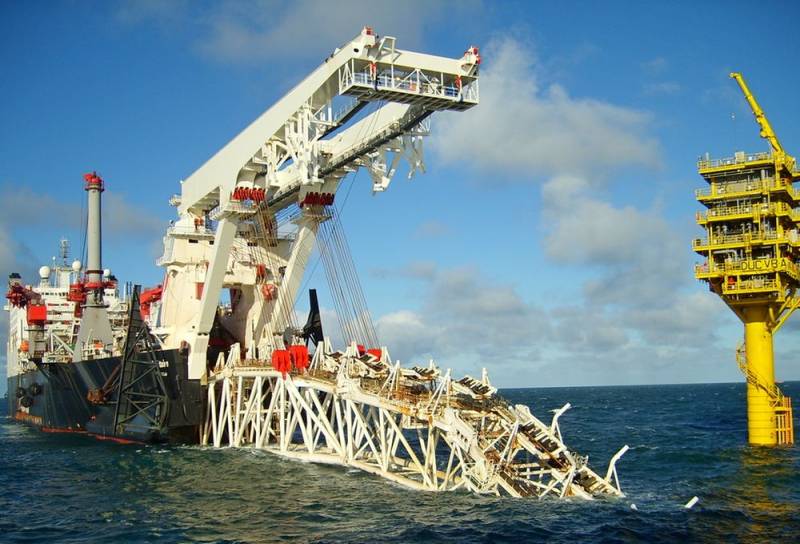 Recently сообщалосьthat Russia already has its own pipe-laying vessels for the completion of the Nord Stream-2 gas pipeline. And so, they were informed from the Ministry of Industry and Trade of Russia that, if necessary, Russian shipbuilders would be able to build any necessary pipe-laying vessel. The main thing is to evaluate economic expediency and loading of equipment in the long term.

Given the existing productiontechnological the base, the experience gained in creating complex objects of marine engineering and the scientific background in the field of civil shipbuilding, domestic enterprises of the shipbuilding industry are able to carry out the development and construction of equipment of this class
- said in a statement to the press service of the department.

The Ministry of Industry and Trade specified that initiatives to create such highly specialized and expensive marine equipment should begin with the economic part. That is, it should be known what the pipe-laying vessel will be engaged in during the operation, whether there are projects in which it is necessary or can take part.

It should be noted that on December 24, 2019, the president of the United Shipbuilding Corporation (OSK) Alexei Rakhmanov announced that the state corporation was ready to design and build a pipe-laying vessel for the construction of gas pipelines on the seabed. This business will take from 4,5 to 6 years (1,5-2 years are allocated for design and 3-4,5 years for construction).

We remind you that on December 26, 2019, Russia and Ukraine began negotiations on gas in Vienna. The parties communicate within the framework of the agreements already reached on December 20, 2019 in Minsk.
Ctrl Enter
Noticed oshЫbku Highlight text and press. Ctrl + Enter
We are
Nord Stream 2 was 93% ready
Russia may begin modernization of the Suez Canal
Reporterin Yandex News
Read Reporterin Google News
Ad
The publication is looking for authors in the news and analytical departments. Requirements for applicants: literacy, responsibility, efficiency, inexhaustible creative energy, experience in copywriting or journalism, the ability to quickly analyze text and check facts, write concisely and interestingly on political and economic topics. The work is paid. Contact: [email protected]
7 comments
Information
Dear reader, to leave comments on the publication, you must sign in.