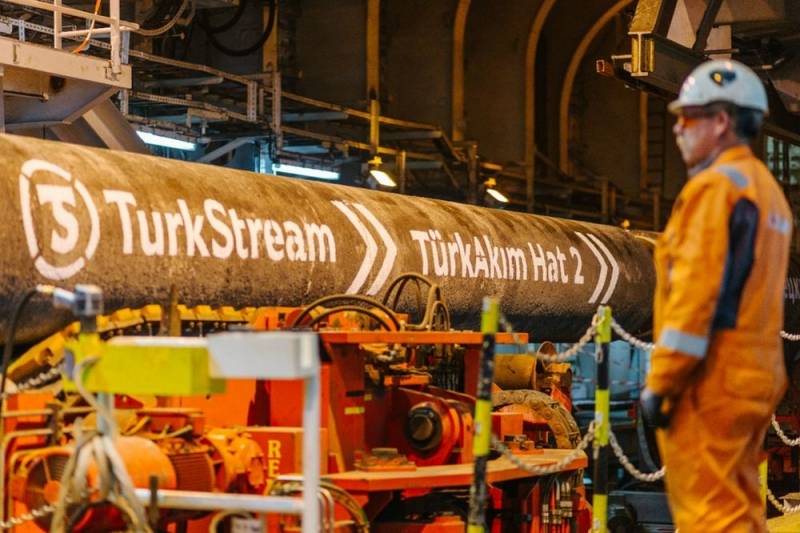 Recently we informedlike Bulgaria, which neighbors have called “brake” without any hesitation, promised in the near future to start receiving gas from the Turkish Stream. And so, the head of PJSC Gazprom Alexey Miller said that the supply of Russian natural gas through the Turkish Stream will begin in a few days. The head of the company spoke about this at the New Year’s conference call.


Miller said that new offshore pipelines should increase the energy security of the European region. He stressed that these pipelines will also help Europe achieve its environmental goals.

In a few days, we will begin supplying gas through the Turkish Stream offshore gas pipeline and ahead of us is the completion of the construction of the Nord Stream-2 gas pipeline.
- said Miller.

It should be noted that the official opening ceremony of the Turkish Stream was to be held on January 8, 2020 in Istanbul with the participation of Turkish President Recep Tayyip Erdogan and Russian President Vladimir Putin. We remind you that at the end of November 2019, both lines of the Turkish Stream gas pipeline were filled with gas. At this time, commissioning at the reception terminal in the European part of Turkey was just completed.

It should be added that the Turkish Stream consists of two threads, each of which has a capacity of 15,75 billion cubic meters. m of gas per year. The first line is needed for gas supplies to Turkish consumers, and the second - for supplying consumers in Southern and Central Europe. In addition, the Blue Stream gas pipeline, consisting of two lines similar to the Turkish Stream throughput, was laid to the Asian part of Turkey from Russia along the bottom of the Black Sea.
Ctrl Enter
Noticed oshЫbku Highlight text and press. Ctrl + Enter
We are
Russia may increase gas pumping to Europe bypassing Ukraine: the method is named
Bulgaria announces first gas intake from Turkish Stream in a month
Reporterin Yandex News
Read Reporterin Google News
1 comment
Information
Dear reader, to leave comments on the publication, you must sign in.