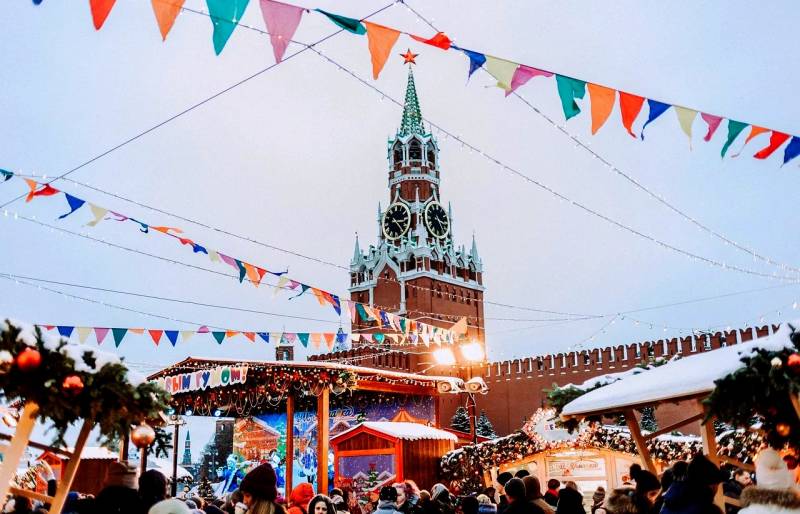 
The team of the Reporter publication wishes you a Happy New Year 2020!

Throughout the year we introduced you to the most resonant the news, as well as with the author’s opinion on various politi-economic and socio-historical topics. First of all, he will be remembered by us for the sharp decline in tension in relations between two fraternal states - Russia and Ukraine. Friendship is still a long way off, but on the foundation laid in the outgoing year, it may be possible to build, if not a common house, but at least a peaceful hostel.

The attitude of Western, primarily European countries towards our state has also changed. There, more and more loudly, calls were made not to quarrel, but to cooperate with Russia, not to impose sanctions, but, on the contrary, it was profitable to trade with each other. In the first rows of the line of friendship with Moscow, Paris escaped, overtaking "the old friend" - Berlin. Emmanuel Macron, claiming French leadership in Europe, decided to play the "Russian card", and, apparently, did not lose. Two states for the year concluded a number of mutually beneficial agreements in various fields. Moreover, the General Staffs of the armies of the two countries for the first time since 2014 established contact. Even the traditionally unfriendly-minded Poland even publicly declared that it did not consider Russia an enemy and intended to live in peace with its eastern neighbor.

All this gives hope that in European capitals they begin to understand not only the futility of hostility with Russia, but also the likely danger of a force scenario for themselves. Therefore, in the coming years, the era of tense relations with Europe will be a thing of the past, and it will be replaced by a time of good-neighborly, mutually beneficial and peaceful cooperation.

Dear readers, we wish you good health and good spirits, professional success and material well-being, as well as great personal happiness in the coming year!

Stay with us, and we, in turn, will try to make our site even more informative and interesting.

Regards,
collective of the Reporter edition.
Ctrl Enter
Noticed oshЫbku Highlight text and press. Ctrl + Enter
We are
"Curvy, get out of Poland!"
"Reporter" wishes a Happy New Year!
Reporterin Yandex News
Read Reporterin Google News
2 comments
Information
Dear reader, to leave comments on the publication, you must sign in.