“Passed all the checks”: the prospects of the Su-57 after the crash of the first production board 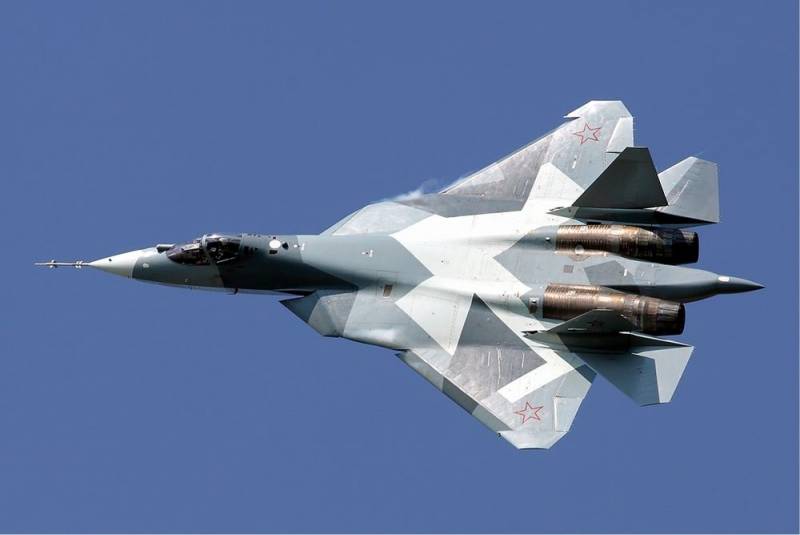 Recently we Reported about the crash of the Su-57 fighter in the Khabarovsk Territory. After that, several Russian military experts spoke out about what had happened and reported on the prospects.


It should be noted that as one of the versions of the causes of the crash of the Su-57, 120 km from the Dzemgi airfield, is technical failure of the remote control system (EMDS) of the fighter. According to sources, this was the first production Su-57, which was planned to be transferred to the troops on December 27, 2019. Moreover, the incident is unlikely to become an obstacle to the entire PAK FA program - the creation of a fifth-generation Russian multi-functional fighter.

For example, according to the editor-in-chief of the National Defense magazine Igor Korotchenko (a member of the Public Council under the Ministry of Defense), the incident is not critical. The main thing is that the test pilot is alive (he managed to eject), and the loss of equipment happens both at the acceptance stage and during operation.

A thorough investigation will be carried out in order to establish the reasons. Means of objective control record all parameters of aircraft behavior. I think this is not critical for the fifth generation fighter program for the Russian Air Force. She is developing successfully
- said the expert "Izvestia".

In addition, Korotchenko has no doubt that the first batch of Su-57 will go to the Russian Air Force before the end of 2019.

In turn, the ex-commander of the 4th Air Force and Air Defense Army (1998-2001), the hero of Russia, chairman of the board of the non-profit organization Non-Governmental Pension Fund Aviapolis, Lieutenant General Valery Gorbenko (born 1946) said RIA Newsthat the incident occurred during testing of the engine for special programs at maximum speeds. He added that every plane is seriously checked before being sent to the troops. This is the only way to check the performance of all systems.

At the stage of flight tests of the engine, it is driven at maximum conditions and angles of attack. It checks how electronics, air intakes and other systems work. All production aircraft are tested by factory test pilots who are serious professionals before being transferred to the troops
- emphasized Gorbenko.

At the same time, on the radio Sputnik The former chief of the anti-aircraft missile troops (ZRV), special forces command of the Russian Air Force (2007-2009), Colonel Sergey Khatylev spoke. He said that the conclusions and causes of the incident can only be discussed after a thorough investigation.

These are tests ... You understand correctly: the probability of such an event - an accident - at the stage of testing is very high. We can speak separately only when the fighter is already part of the air force, and something happened to him. Then this is a completely different event. And now the tests are underway, and there can be anything. All this should be evaluated on a completely different scale. It is impossible to draw conclusions that reliability is reduced, that it is a poor-quality aircraft and the like. It can be everything: from a pilot error to an airplane assembly error, and a lot of other things
- said Sergey Khatylev.

We remind you that the contract for the supply of the Ministry of Defense of 76 Su-57 fighters was signed at the Army-2019 forum. So these fighters will still serve Russia.
Ctrl Enter
Noticed oshЫbku Highlight text and press. Ctrl + Enter
We are
In the Far East, the first serial fighter Su-57 fell
Russia's response to the US withdrawal from the INF Treaty may be the revival of Barguzin
Reporterin Yandex News
Read Reporterin Google News
Ad
We are open to cooperation with authors in the news and analytical departments. A prerequisite is the ability to quickly analyze the text and check the facts, to write concisely and interestingly on political and economic topics. We offer flexible working hours and regular payments. Please send your responses with examples of work to [email protected]
19 comments
Information
Dear reader, to leave comments on the publication, you must sign in.