Is Russia ready for the “battle for the Atlantic”? 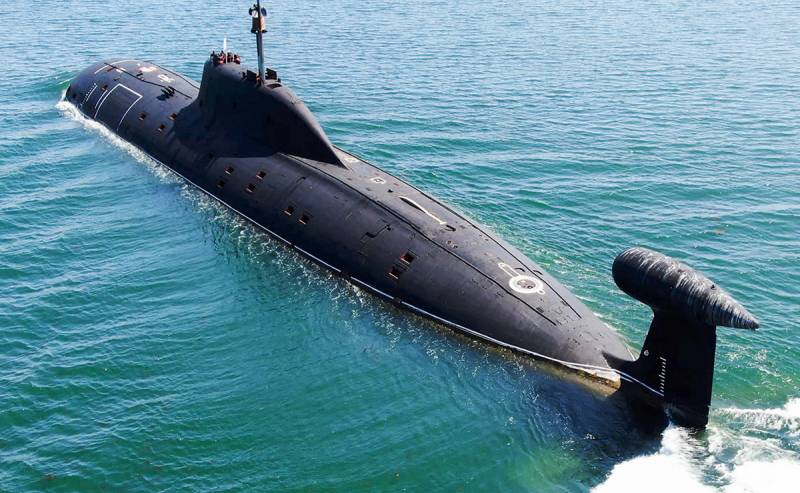 The US military praised the Russian Navy for its successes. A well-deserved compliment, but it leaves an unpleasant aftertaste.

Russia continued to invest in developing its capabilities in the underwater environment. This is an asymmetric way to challenge the West and NATO, and Russia is doing pretty well.

The US Navy admiral praised the capabilities of the Russian nuclear-powered submarines of project 885 of the Severodvinsk type and diesel-electric submarines of the Kilo class. Submarines can hit targets at long distances with Caliber cruise missiles. The US military stressed that these missiles are capable of reaching any European capital, but for some reason forgot to mention the strategic cruise missiles X-101 / X-102, which can also be on board an underwater cruiser.

James Foggo also paid attention to the diesel-electric submarines of projects 877 “Halibut” and 636.3 “Varshavyanka” for their low noise. Due to this valuable quality, a number of cases were noted when a potential adversary lost them “out of sight”, or rather, ceased to hear. Kilo-class submarines are armed with the same Caliber, in the future they will be equipped with Zircon hypersonic missiles.

Indeed, the Russian submarine fleet is expanding its capabilities and rapidly increasing activity, which NATO notes with concern. So, last October, submarines of the Northern Fleet carried out an operation to break into the Atlantic, about which we detail told earlier. The American admiral's comments seem to be pleasant, but his other statements make him wary.

James Foggo is convinced that the Fourth Battle for the Atlantic is currently underway, implying World War I, World War II and the Cold War. Their main goal was to isolate the Old World from the United States, not allowing convoys with weapons, ammunition and troops to move freely. So, during World War II, Nazi Germany tried to block Britain’s maritime communications with the Allies, gaining dominance in the Atlantic Ocean. German "wolf packs" drowned military and cargo ships with maximum efficiency.

During the Cold War, in the event of a conflict with NATO, the USSR had the goal of preventing the transfer of reinforcements from the United States to Europe. In the Atlantic, this task was to be addressed by our Northern Fleet. Not needed.

And now the Commander-in-Chief of the Joint Armed Forces of NATO is talking about the “fourth battle”. If we evaluate this statement in conjunction with the withdrawal from the INF Treaty, President Trump’s attempts to “stir up” the North Atlantic Alliance and constant “round dance” around the Kaliningrad region, then there is a strong impression about the US’s preparation for a war in Europe. Russia has been designated the main enemy, and, unfortunately, it will not be possible not to appear on it.
Ctrl Enter
Noticed oshЫbku Highlight text and press. Ctrl + Enter
We are
Putin's departure: how to prevent the collapse of Russia's foreign policy
Ten "defeats" of Putin
Reporterin Yandex News
Read Reporterin Google News
9 comments
Information
Dear reader, to leave comments on the publication, you must sign in.