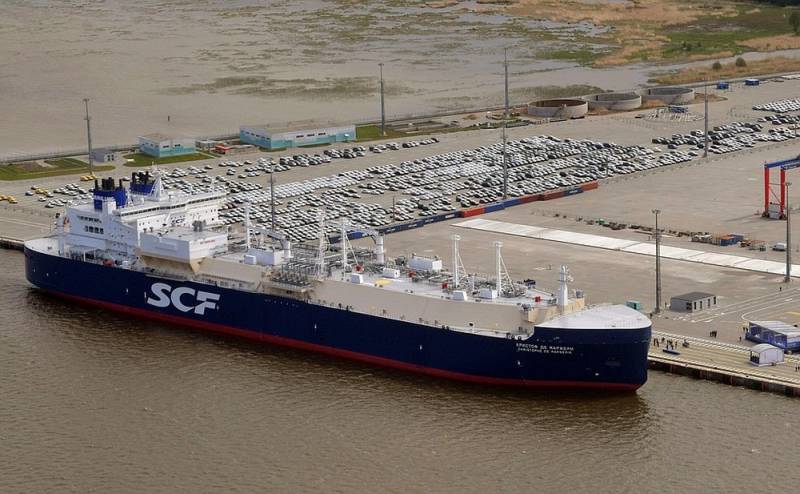 Despite its ambitions in the European gas market, which may result in sanctions against the Nord Stream 2 and Turkish Stream contractors, the United States is not yet in a position to oppose Russian LNG.


During an interview with the TV channel RBC Russian Energy Minister Alexander Novak said Russia has overtaken the United States in recent years in terms of liquefied natural gas (LNG) supplies to Europe.

Russian media cite the words of the head of the energy department:

We are far ahead of the United States in terms of LNG supplies. Our share is 20% of LNG supplies to Europe, for Americans it is 13%. At the same time, two or three years ago, we practically did not supply LNG. Due to the introduction of new projects, almost 12-13 million tons are supplied to us. And if we take, for example, the USA, their growth over two years amounted to from 4-5 to 9 million tons.

The official noted that with a decrease in the share of oil and coal in the energy balance, the share of gas will increase, and the methods of gas production and processing that are used today will only contribute to the growth of its share in the global energy balance.
Ctrl Enter
Noticed oshЫbku Highlight text and press. Ctrl + Enter
We are
US threatens to delay launch of Nord Stream-2 for a year
US State Department: Venezuelan Civil War Scenario Ready
Reporterin Yandex News
Read Reporterin Google News
5 comments
Information
Dear reader, to leave comments on the publication, you must sign in.