"Roskosmos" intends to create apparatus for mining on the moon 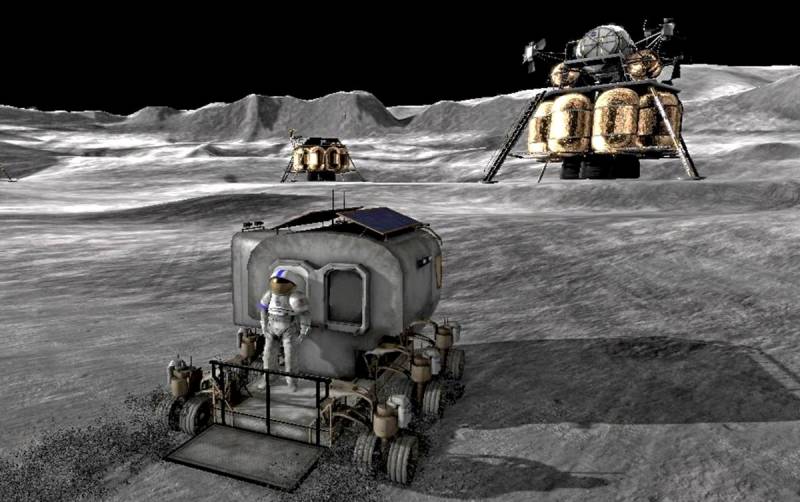 The unified space program, which Roscosmos plans to launch next year, will include heavy vehicles for drilling the lunar surface and collecting minerals. This was announced on the eve of the head of the state corporation Dmitry Rogozin.


The functionary said that the program will include heavy devices for drilling regolith, collecting the necessary samples of lunar soil, as well as their subsequent delivery to Earth. At the same time, the head of Roskosmos noted that the automatic modules Luna-25 and Luna-26 already have a real embodiment.

Contracts are signed, chief designers are appointed, work is underway. There will be no long-term construction

In addition, Rogozin said that the newly launched Spectrum-RG telescope will become a kind of navigator for the Russian
lunar program. The device is capable of measuring the exact distance to any objects. The project has already been dubbed Astro-Glonass.
Ctrl Enter
Noticed oshЫbku Highlight text and press. Ctrl + Enter
We are
Battle for space: can Russia create its analogue to the ISS
Russian nuclear engine will not leave a chance for Ilona Mask
Reporterin Yandex News
Read Reporterin Google News
Ad
The publication is looking for authors in the news and analytical departments. Requirements for applicants: literacy, responsibility, efficiency, inexhaustible creative energy, experience in copywriting or journalism, the ability to quickly analyze text and check facts, write concisely and interestingly on political and economic topics. The work is paid. Contact: [email protected]
7 comments
Information
Dear reader, to leave comments on the publication, you must to register.
I have an account? Sign in