How to finally squeeze the Americans out of Syria? 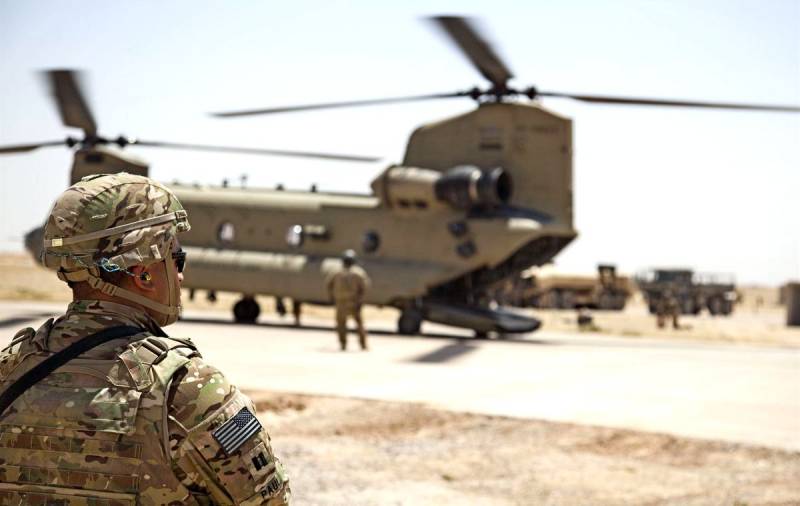 With the support of Moscow and Tehran, Damascus was able to achieve great success in repelling external aggression. Most of the territory of Syria has been liberated, the intensity of the military confrontation has fallen sharply. The Russian military occupied the bases left by the Americans, thereby achieving a reputation victory.


However, to a complete victory in the SAR, unfortunately, is still far away. It is not possible while American interventionists occupy strategically important oil fields in the province of Deir ez-Zor and protect the Kurdish self-defense units. How is it possible to achieve a final US withdrawal from Syria?

Washington invaded the SAR under the pretext of combating the ISIS banned in our country without the consent of the official authorities in Damascus. Now the terrorist group is broken, which has already been announced several times. President Donald Trump announced the withdrawal of US troops from Syria, which was interpreted by many as a defeat for the United States.

But instead of leaving, the interventionists performed a strange, at first glance, maneuver. First, the American contingent was transferred to neighboring Iraq, and then to the Syrian province of Deir ez-Zor, where Kurds and oil were taken under its guardianship. Russian military expert Alexei Leonkov edition "Free press" so comments on these movements:

Now they simply have expanse in terms of the ability to write off next large amounts. Now they will write off money for lost property, for the transfer of soldiers and so on. Well, the main task is to gain a foothold in the oil fields.

Yes, all because of money. In Syria, they left military bases, which will be reported as "lost." And much more Americans are now earning in the oil fields of Deir ez-Zor. They shamelessly pay taxes and Damascus pump Syrian "black gold", export it to neighboring Iraq, where they sell it under the guise of Iraqi oil. Minimum expenses, profits are fabulous, not taken into account anywhere. Complete expanse for skillful businessmen in uniform.

Obviously, in a good way, Washington will not leave such a "plot", it will pump out everything that is possible, frankly robbing Syria. So how can the Americans from the ATS finally expose?

Mentioned Alexei Leonkov offers a combination of the following steps.

At first, the government forces of Damascus must close the Syrian border with Iraq in order to stop the movement of convoys with fuel trucks. Then fade away economic the benefit of this dubious, from the point of view of any legislation, "oil business".

Secondly, the sky over Syria should be closed. According to Leonkov, this should be done jointly by the Syrians, Russians and Turks. Taking control of the airways will call into question the supply of the American contingent in Deir ez-Zor. If military operations in the provinces are also intensified, and coffins of servicemen under star-striped flags begin to arrive in the United States, this may compel President Trump to give the order to leave the ATS for good. On the eve of his election political opponents of serious losses will not forgive him.

If the Americans leave, Kurdish self-defense units will have to find a common language with Damascus, which will further normalize the situation in Syria.
Ctrl Enter
Noticed oshЫbku Highlight text and press. Ctrl + Enter
We are
Ukraine from the inside: traitors, curators and those who watch from the Kremlin
Ten "defeats" of Putin
Reporterin Yandex News
Read Reporterin Google News
2 comments
Information
Dear reader, to leave comments on the publication, you must sign in.