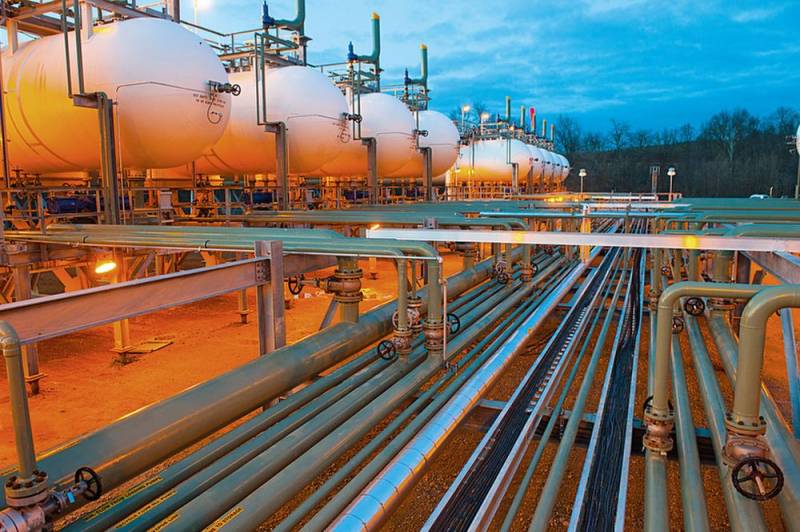 Recently we Reportedthat some details of the new contract between Russia and Ukraine on the transit of Russian gas through Ukrainian territory to Europe became known. And so, the head of PJSC Gazprom Alexey Miller confirmed the rumors that the Russian company will pay Naftogaz Ukrainy NJSC $ 2,9 billion, according to the decision of the Stockholm arbitration, until December 29, 2019.


It should be noted that on December 20, 2019, the presidential aide, Andrei Yermak, who participated in gas transit negotiations, said that Moscow agreed to pay Kiev about $ 3 billion, and the payment will be made in cash and this will be part of a package gas agreement between the parties. Now, additional negotiations to sign the contract are not needed, as the parties have come to an understanding and agreed.

We are returning home with very good the news, and we will have a transit contract on favorable terms for Ukraine. Thanks to these agreements, Ukraine will receive $ 3 billion, according to the decision of the Stockholm arbitration
- quoted Yermak Ukrainian media.

On December 21, 2019, the head of PJSC Gazprom Alexey Miller commented on what was happening. According to him, the agreement between the Russian company and NAK Naftogaz Ukrainy provides for the waiver of new claims, the recall of claims and payment by decision of the Stockholm arbitration.

In accordance with the protocol on gas cooperation, Gazprom and Naftogaz will sign an agreement on the settlement of mutual claims under existing contracts, thus balancing the interests of the parties
- added Miller.

He specified that the claims of the Antimonopoly Committee of Ukraine (AMCU) in the amount of 171,9 billion hryvnias, including fines and penalties (this is about $ 7,4 billion) are also removed. In addition, PJSC Gazprom and Naftogaz Ukrainy may agree on the supply of Russian gas to the Ukrainian market at prices based on the German gas hub NCG.
Ctrl Enter
Noticed oshЫbku Highlight text and press. Ctrl + Enter
We are
Russia is ready to pay Ukraine $ 3 billion
Details of court ruling on gas dispute between Russia and Ukraine are disclosed
Reporterin Yandex News
Read Reporterin Google News
Ad
We are open to cooperation with authors in the news and analytical departments. A prerequisite is the ability to quickly analyze the text and check the facts, to write concisely and interestingly on political and economic topics. We offer flexible working hours and regular payments. Please send your responses with examples of work to [email protected]
21 comment
Information
Dear reader, to leave comments on the publication, you must sign in.