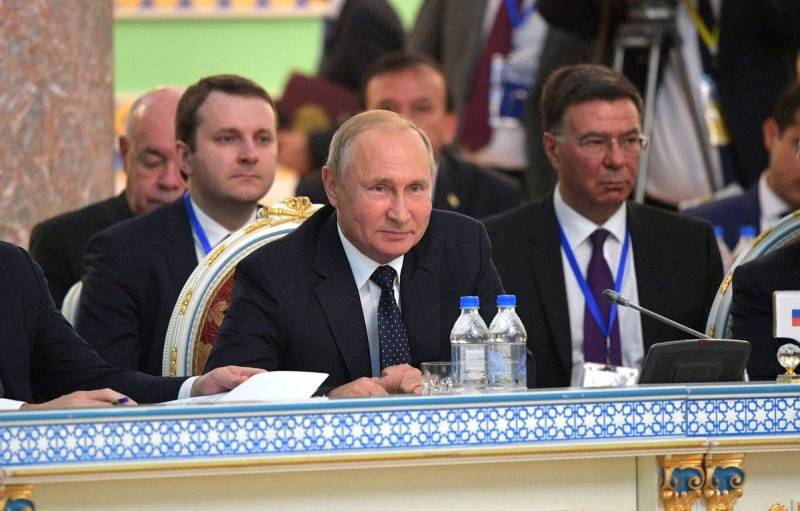 Recently we Reportedas Russian President Vladimir Putin said what he thinks about the Molotov-Ribbentrop Pact and Poland’s participation in the organization of World War II. However, during an informal meeting of the heads of CIS member states in St. Petersburg, the Russian leader raised not only these issues. Putin recalled that Germany, after the First World War, pledged to pay the Entente countries 269 billion gold marks, which is equivalent to 100 thousand tons of gold, and gave statistics on payments that lasted until recently.

For Germany, the Versailles peace has become a symbol of profound injustice and national humiliation. In fact, it was about the robbery of Germany
- Putin said.

According to Putin, the "spirit of Versailles" formed a breeding ground for the radicals in Germany. Thanks to the "theme of Versailles", the Nazis and gained power there. They promised to save the Germans from national shame. At the same time, the West gave the Nazis carte blanche for revenge.

Putin said that the latest payments on this obligation were made by Berlin relatively recently. In October 2010, the last 70 million euros were transferred. After that, the Russian leader recalled the statement of the French Marshal Ferdinand Foch, who made a great contribution to the victory of the Entente in the First World War.

He once spoke a wonderful prophecy, he said, quote: "This is not the world, but a truce of 20 years." He practically made no mistake even in time


After that, Putin quoted US President Woodrow Wilson, who considered it a mistake, to give the Germans a reason “to take revenge one day”. And Putin summed up with a statement that it was Versailles that generated the numerous conflicts and contradictions that contributed to the outbreak of World War II.
Ctrl Enter
Noticed oshЫbku Highlight text and press. Ctrl + Enter
We are
Poland is exploring the possibility of a reaction to Putin’s words about the beginning of World War II
Sergey Ivanov: Molotov-Ribbentrop Pact helped the Soviet Union
Reporterin Yandex News
Read Reporterin Google News
Ad
We are open to cooperation with authors in the news and analytical departments. A prerequisite is the ability to quickly analyze the text and check the facts, to write concisely and interestingly on political and economic topics. We offer flexible working hours and regular payments. Please send your responses with examples of work to [email protected]
2 comments
Information
Dear reader, to leave comments on the publication, you must sign in.