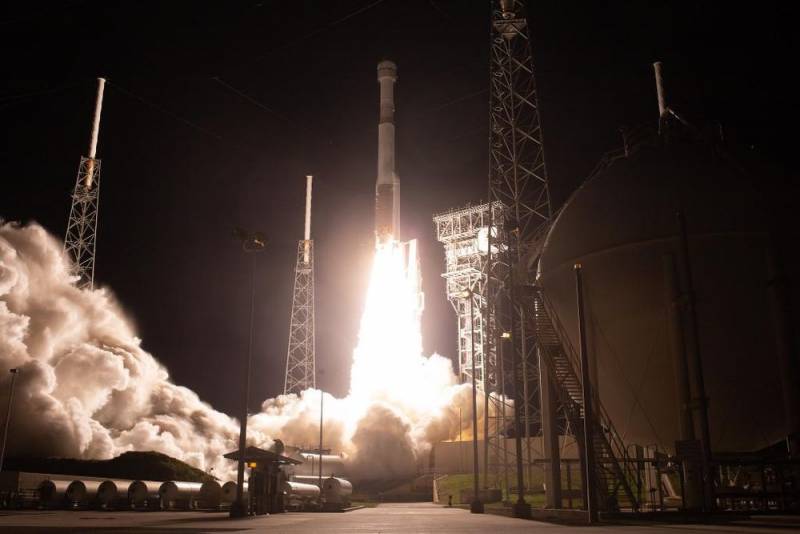 On December 20, 2019, the United States National Aeronautics and Space Administration (NASA) launched the latest Boeing Starliner unmanned spacecraft (SC) to the International Space Station (ISS). On board are a female mannequin Rosie (Rosie) and other Christmas gifts for the crew. However, as reported from the Mission Control Center in Houston (Texas), after separating the spacecraft from the Atlas V launch vehicle (LV), it did not enter the calculated orbit.


By the way, Rosie is dressed in a blue jumpsuit and a red bandana with white polka dots. It is also equipped with numerous sensors to monitor its "well-being" during the flight and stay on the ISS.

It should be noted that the launch of the spacecraft in a test unmanned mode was carried out using the indicated launch vehicle at 06:36 US Eastern time (14:36 ​​Moscow time) from the 41st launch complex of the cosmodrome at Cape Canaveral (Florida). Launch of the launch vehicle was successful. The first stage of the launch vehicle, created by the United Launch Alliance (Lockheed Martin and Boeing), equipped with the Russian RD-180 engine, worked normally.

15 minutes after launch, the second stage (Centaur) of the LV successfully brought the spacecraft to a suborbital trajectory with an apogee of 181,5 km and a perigee of 72,8 km. After that, the spacecraft separated from the second stage and was supposed to begin a series of independent maneuvers. However, KK had problems - “the engines did not turn on”. Then NASA stopped broadcasting the spacecraft.

As explained by NASA, currently "the ship is in a stable orbit, the team on Earth is considering options for further action." It is clarified that the spacecraft have deployed solar panels to the sun and the batteries are being charged.

At the same time, NASA director Jim Brydenstein and vice president of Boeing Corporation Jim Chilton have already held a press conference at which they shared their concerns that most likely, KK will not be able to dock with the ISS and will land within 48 hours. The reasons for the emergency on the American spacecraft are still unclear.
Ctrl Enter
Noticed oshЫbku Highlight text and press. Ctrl + Enter
We are
Mission Disrupted: Ship with Robot Fedor Could Not Dock to ISS
Rogozin's visit to the USA postponed indefinitely
Reporterin Yandex News
Read Reporterin Google News
5 comments
Information
Dear reader, to leave comments on the publication, you must sign in.