The Finnish war: a hard victory or a shameful defeat? 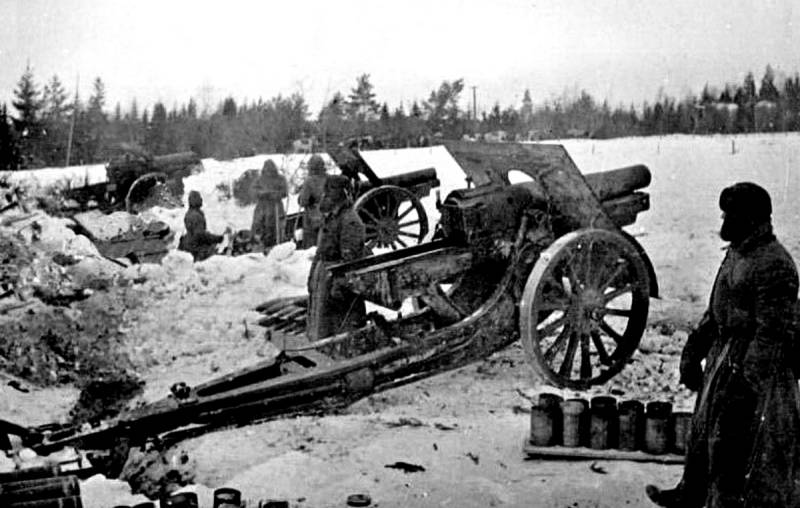 We begin, as usual, with a retrospective of that particular historical moment, when, in fact, the “winter war” broke out, even the briefest. First of all, it was not only the first war of the Red Army, in which it had the armed forces of the European state as its adversary, but also in general the first hostilities that our troops waged after their formation as a regular army was actually completed. The previous “battles and campaigns”, the most striking example of which can be, to put it mildly, the extremely unsuccessful Polish campaign of 1919-1921, were, in fact, a continuation of the Civil War in Russia. And the Red Army participated in them, which Leon Trotsky created almost out of nothing, overflowing with his proteges and followers. She "pulled" the status of serious regular troops, in truth, with an extremely big stretch. There was more enthusiasm and revolutionary impulse there than real combat training and, even more so, systematic and deep knowledge of military affairs. Hence the results. By the end of 1939, in the Red Army, almost painfully, but nevertheless, absolutely necessary personnel "cleansings" were completely completed, which considerably thinned out the ranks of adherents of the "world revolution". Nevertheless, the old approaches, which were based on the ideas of Trotsky, were extremely tenacious. For those who do not quite understand what is at stake, I recommend that you re-read in the original the “ingenious” works of Tukhachevsky, repeatedly mourned by our demshiz. This is precisely the quintessence of Trotskyism, turned into a bastard "military doctrine."

It was based on the insidious idea that, when the Workers 'and Peasants' Red Army was approaching, bringing "liberation by the oppressed," all peoples "enslaved by world capital" would immediately and enthusiastically rush towards her in a single impulse, sweeping away their own oppressors. The soldiers of the "bourgeois armies" immediately drop ground rifles, or even turn them against their own commanders, and the proletarians and peasants rise, destroying the rear lines and supply lines of enemy troops. The Red Army, in fact, will not have to strain especially - well, except that, taking armfuls of flowers and bread and salt from the freed "class brothers" and collecting rich trophies ... Do you think I'm exaggerating or even distorting the essence? Nothing like this. Well, maybe a little exaggerate. It was on the basis of such nonsense that the same Tukhachevsky, for example, defended the idea of ​​creating exceptionally light tanks that would sweep along the European freeways, "bringing freedom to the proletarians." To hell with average or, especially, heavy "armor" of the army, which will not have to engage in serious battles ?! This is just one example, and there were many. The worst thing is that the troops, first of all, their commanding staff, for years aimed not at heavy and fierce battles, but at a triumphant "liberation" procession around the world under red flags ... By the beginning of the "winter war" this nonsense from the Red Army, mainly increased (along with its main carriers), however, there were certain relapses. Perhaps, precisely because of this, the campaign against the Finns was planned to be carried out "with little blood and in the shortest possible time." It didn’t work, alas ...

Yes, it must be admitted - the Red Army was not ready for the war that was originally imposed on it by the Finns. The main reason, as usually happens in such situations, is the underestimation of the enemy and the conditions in which it will be necessary to conduct hostilities. The Mannerheim Line was expected to be taken off the fly - it did not work. They did not take into account that the vast majority of Finns in the past were excellent hunters - and received a sniper war, which they lost at the first stage. They did not provide for Finnish tactics of action by small mobile sabotage and partisan groups. Cracking frost and deep snow awaiting the army were not appreciated correctly ... In a word, there were plenty of mistakes and miscalculations. But! Only an absolutely dishonest person can argue that the Red Army in the process of the “winter war” did not show the ability to quickly draw conclusions from its own failures, learn and rebuild literally on the battlefield in order to then beat the enemy, no matter what deadly surprises he presents. The fighting against Finland has become brutal, bloody for our armed forces, but, as life has shown, an absolutely necessary school of military skill. After all, we still cracked the vaunted “Mannerheim Line”, unlike the Germans, who had to circumvent a completely similar “Maginot Line” in France with a flank maneuver through the territory of Belgium. Yes, the Wehrmacht also made two breakthroughs of this fortified area “head-on”, but, I recall, in the summer of 1940, when the French who were sitting there were completely demoralized and disorganized by the surrender of Paris. Our troops broke through the defenses of the Finns, who stood, as they say, to the last. 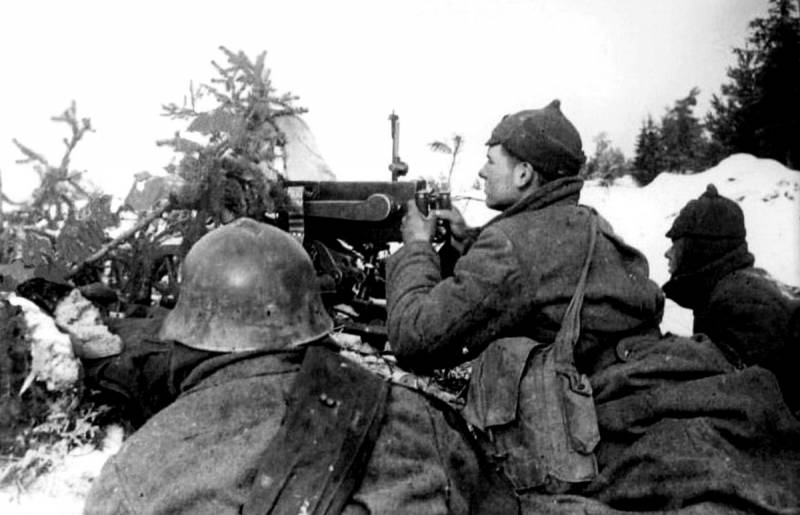 Soviet machine gunners in position. Photo: Pavel Troshkin
The same "Molotov cocktails", the idea of ​​which the Red Army "gave" the Finnish warriors, was subsequently burned the darkness of Nazi tanks. And our snipers during the Great Patriotic War were a hundred goals higher and more productive than the shooters of all other warring parties. German in the first place. By the way, a considerable number among them were the sons of the “indigenous peoples of the North” - also former hunters who were used to beating a squirrel in the eye almost from childhood. Conclusions were made, lessons learned. And in the end, how can one talk about the "defeat" of the USSR in this war, if, in fact, the capitulation was signed, did the Finnish side still have to ?! The USSR received absolutely everything that it wanted, and even more - both the border, which was fairly pushed away from Leningrad, and the opportunity to strengthen its military presence in the Baltic, and much more. And the greedy and slow-witted Finns, who had been breaking out for a long time and tastefully when they were asked to solve the matter in peace, grabbed a vigorous shish accordingly. And even without oil - they did not get any return territorial acquisitions offered to them earlier, and even monetary compensations for the lands and water lost so stupidly. One of the Finnish diplomats, I remember, squealed to our People’s Commissar for Foreign Affairs that “at least Peter the Great paid during it”, which clever Molotov very venomously advised the questioner to go directly to Tsar Peter for money. Well, and the fact that we were “asked” from the League of Nations as a result ... Yes, this tinsel, completely incapable and thoroughly hypocritical international “sharashka” gave much to someone in that era of total troops, even less authoritative than the current UN, capable of exclusively "pouting"? Saved someone? Stopped at least one war? There was little loss, in truth.

As I already wrote in the previous article devoted to the “winter war”, undertaking to conduct its biased analysis, gentlemen, the anti-advisers are embarking on their usual cheap cheating. Like, the "big and scary" USSR barely managed to master the "small but proud" Finland. At the same time, the fact that the whole Western world acted on the side of Helsinki, which the Soviet Union, as usual, opposed in complete solitude, was somehow completely imperceptibly discarded. At least 12 thousand “foreign volunteers” who fought against us in that conflict, not only the Scandinavians, but also the Hungarians and the British with the Americans, where do you order? One eight-thousandth Swedish Corps was worth it! Dozens of combat vehicles for aviation, both fighters and bombers, from France and Britain, dozens of aircraft from Sweden, Italy and even South Africa, tanks, hundreds of artillery pieces and machine guns, hundreds of tons of ammunition - from ammunition to mines and aerial bombs. Such "trifles" as small arms, grenades, ammunition flowed to Finland from all over the world. We fought exclusively on our own. However, military supplies and thousands of legionnaires are nonsense. Too many historians, whose opinion I personally agree unconditionally, believe that war would not have happened at all if it had not been for the firm conviction of the Helsinki who had gone too far in Paris and London to enter it on the Finnish side, as they say, “in the strength” . That is, they will throw their regular troops against the USSR. The most interesting thing is that neither the French nor the British, not at all embarrassed, admit: there were such plans. Even as there were! 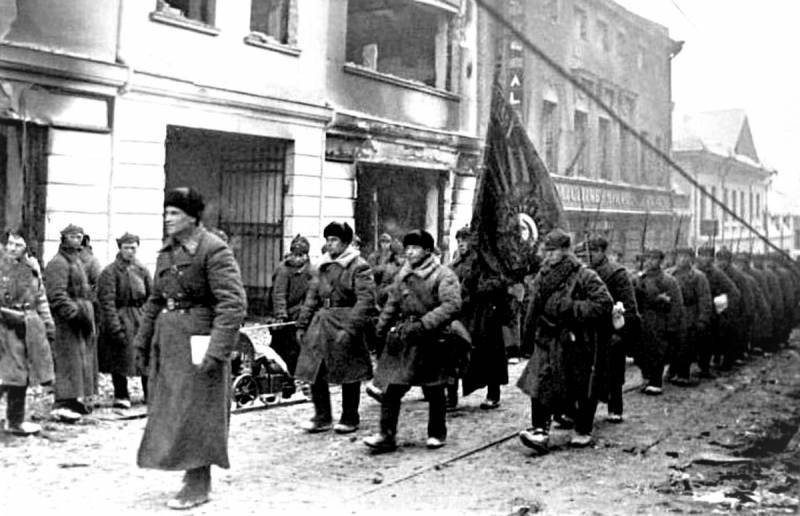 Legends and myths of the "winter war"

The war with Finland over time has grown into a huge number of legends and outright lies, which our liberal public is picking up with indescribable enthusiasm today, without worrying about even a minimal verification of the allegedly “historical” facts. The main, perhaps, symbol of all this rubbish can be the name of the Finn Simo Häyühä, whom some "experts" call almost "the greatest sniper of all time." Yes, the guy most likely was really good. However, given that even his hottest fans admit that the number of Soviet soldiers and officers allegedly killed by him was compiled solely “from the words of Simo himself or with the confirmation of his comrades,” then his battle score of more than 44 enemies destroyed began to cause extremely serious doubt. Not because I feel like it, but because it was precisely the Finns who during that war were repeatedly caught in a lie and a huge overstatement of enemy losses. For example, the “battle at Suomussalmi”, inflated to heaven by Helsinki’s propaganda, in which, according to the Finns, the 44th RKKA Rifle Division was almost completely destroyed, in fact, it was definitely our defeat. However, this unit lost a thousand people dead, several more were considered missing. But not the whole payroll! This, however, did not save the commanders of the 15th SD from execution ... I note - as indicated in serious sources, "before the formation of the division." Therefore, it was before whom! It is understandable - even the loss of two or three thousand people for the division, numbering XNUMX thousand in their ranks, was not “total destruction”.

No matter how much someone would like to present the events of the “winter war” in a light that is unfavorable for our country and its army, with a detailed and thoughtful consideration of them, the picture is completely different. Yes, there were mistakes, there were extremely painful lesions. However, in the end it was we who won, and, as you know, the winners are not judged. The invaluable experience of those battles was fully used during the Great Patriotic War, which we also won. In contrast, by the way, from the Finns who got on the side of the Nazis ... The heroes of the one called by the poet of the “irreplaceable” war are worthy of our memory and respect, among other things, also because they forged the great Victory of 1945 with their military labor.

We are in Yandex Zen
It's important
1
Winter war: in 1939, the Finns received exactly what they deserved from the USSR
Non-aggression pact with Germany: the USSR simply left no choice
Reporterin Yandex News
Read Reporterin Google News
26 comments
Information